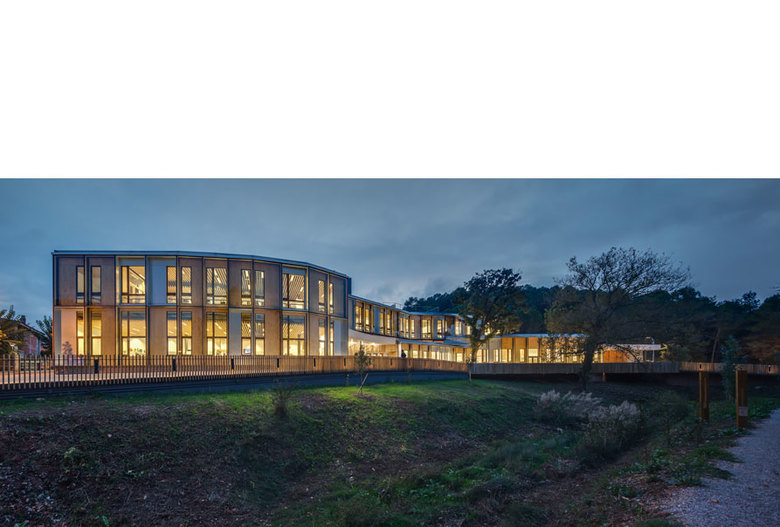 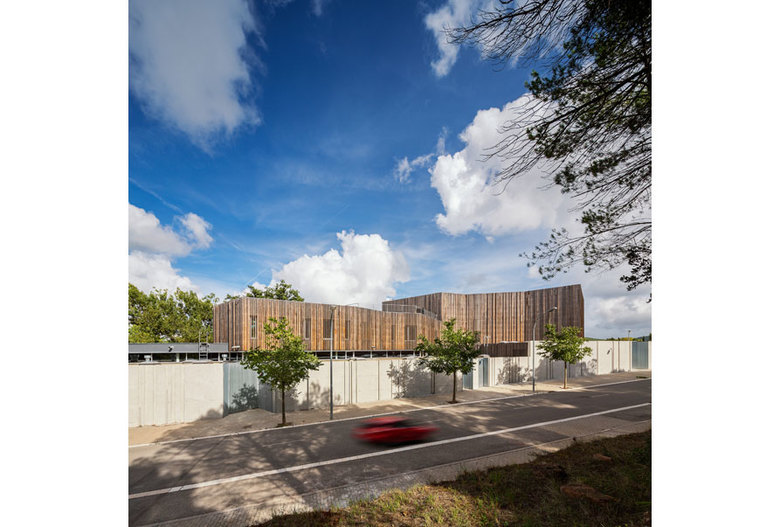 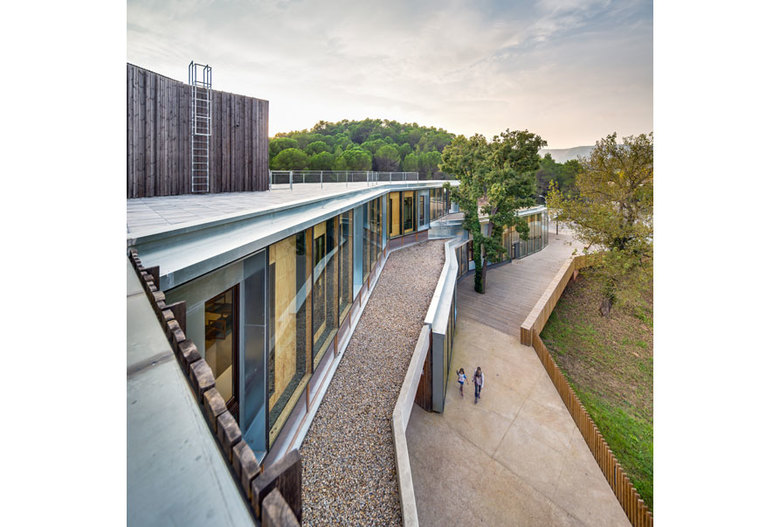 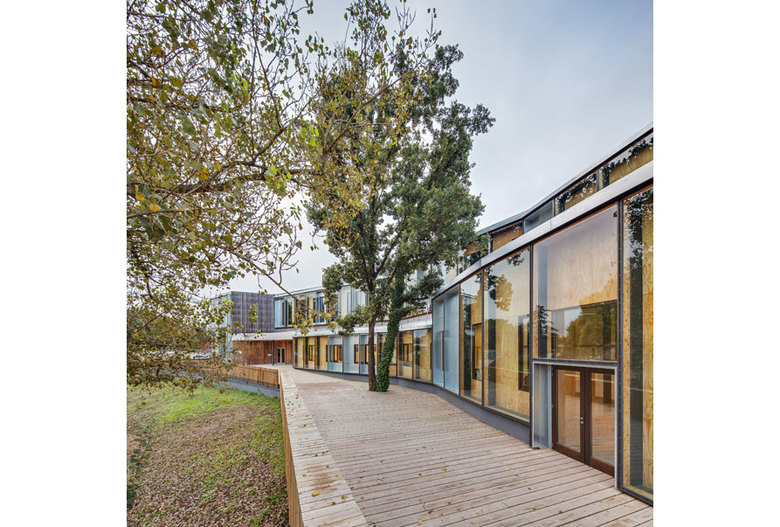 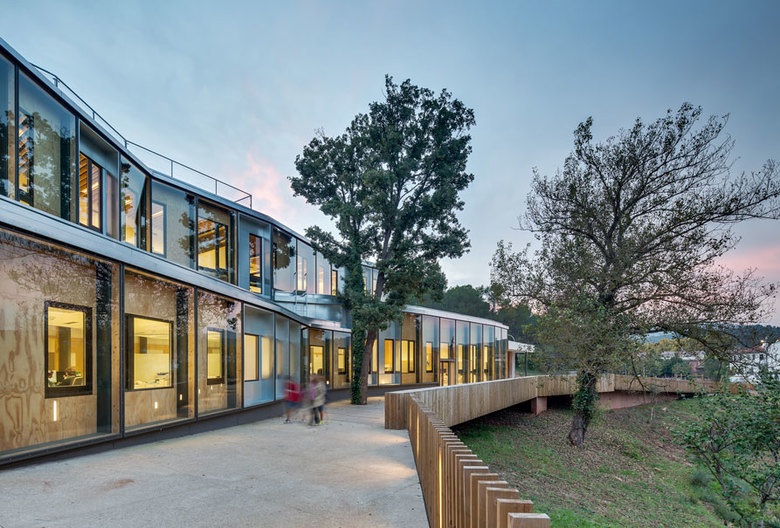 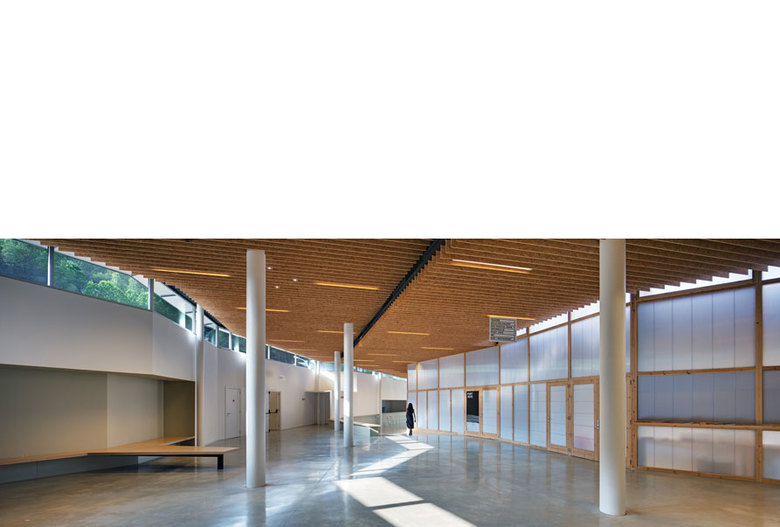 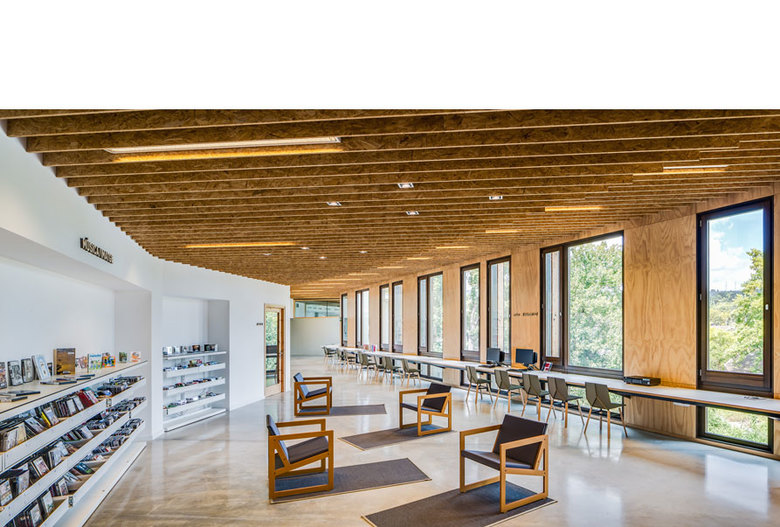 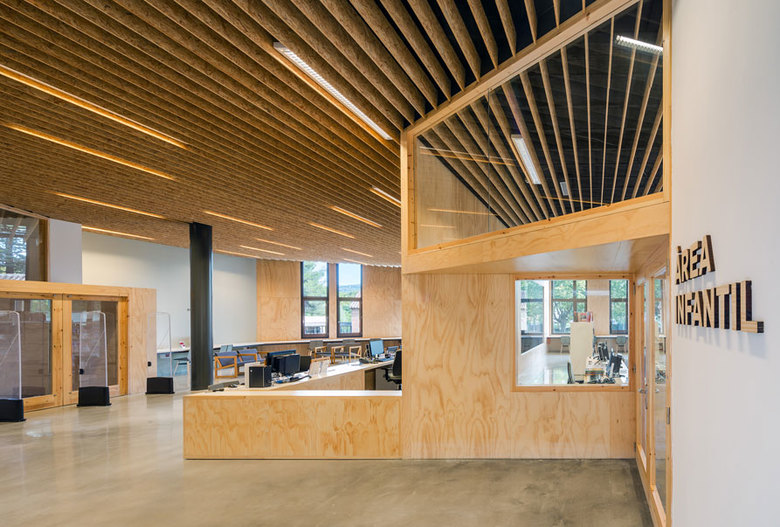 The community centre El Roure and the library La Ginesta are a mix cultural facility which includes a community centre with a multipurpose theatre and a municipal library as a result of a joint work among technicians, administration and citizens. Fully integrated into its surroundings, the centre is a social and cultural catalyst which enhances a natural space by the landscape recovering of Begues Stream and of a downy oak which names the centre.

Conceptual overall decisions and formal aspects – Begues, a municipality located in Garraf Natural Park, required a library, a community centre and a multipurpose theatre. To carry out the project, in which several local organisations and three different administrations are participating, a triangular plot which goes along the edge of Begues Stream was arranged.

The design process has crystallised a chain of synergies among organisations, administrations, technicians, citizens and the place itself. It began with the definition of an agreed and adequate functional programme and it culminated in the name's choice by the citizens of Begues and the cataloguing process of a downy oak for its cultural value.

Two main ideas underpin the conception of the new facility: to generate a confluence "inner square" and to tune into the environment revitalising the Stream.

The “inner square” – The project outlines a single building which gathers the three services, creating a community space, a place where people meet, which will enhance citizen interaction, cultural synergy and sustainability in its construction and management. The architecture that hosts a facility of this kind should be diverse and pluricentric in order to support a wide variety of users and foreseen activities, but it must also have the ability to strengthen and harmonise the relationship between organisations and users. The architectural project begins with the definition of a foundation core, an agora able to attract and articulate around all areas defined in the functional programme, a place where all users can identify themselves as belonging to it.

To tune into the environment revitalising the Stream – The triangular plot is located at the bottom of a hill covered with pine trees and bordered by two streets on its minor sides and by Fonda Stream (specifically on the flood limit drawn up by the Catalan Water Agency) on its major side. The building accepts the limits of the plot as its own and occupies the entire place to achieve a horizontal construction integrated into the landscape of the stream and which can accommodate the lobby. The design wants to recover the stream and the collective memory of a pool (popular place for summer recreation). For this reason, the main facade is oriented to the north, picking up the flow of neighbours coming from Ral path and reassessing this forgotten landscape, revitalising the ecosystem and promoting a new relationship with the users of the centre.

The building therefore aims to be a stream, a meander and a pool, flowing and reflecting the environment. The profile of organic geometry of the facade reflects the reverberation of the winding meander, generating a new access path and embracing the oak that names the Centre; its materiality is sometimes mirrored (to reflect and multiply the landscape in each piece of glass) and sometimes biospherical (to respect the naturalness of the environment).

Inside, each part of the programme finds its natural place, almost respecting the hydraulic logic by which erosion and sediment define the edge of the bank of the stream. Thus, the inside is organised in longitudinal layers tracing the line of the stream and resulting in more or less dilated spaces, which have a progressive materiality more dynamic, fluid, clear and watery near the facade of the stream and more solid, opaque, private or stony in front of the mountain. Mainly the library but also Espai Nou, Punt Jove and the bar are developed along this opening landscape facade which offers magnificent sightseeing options. The theatre, the rehearsal boxes and the various more closed type services are in the last layer or farthest place of the stream. All these spaces are articulated through an agora whose morphology, materiality and natural lighting procure a natural atmosphere which recalls the one enjoyed touring the stream.