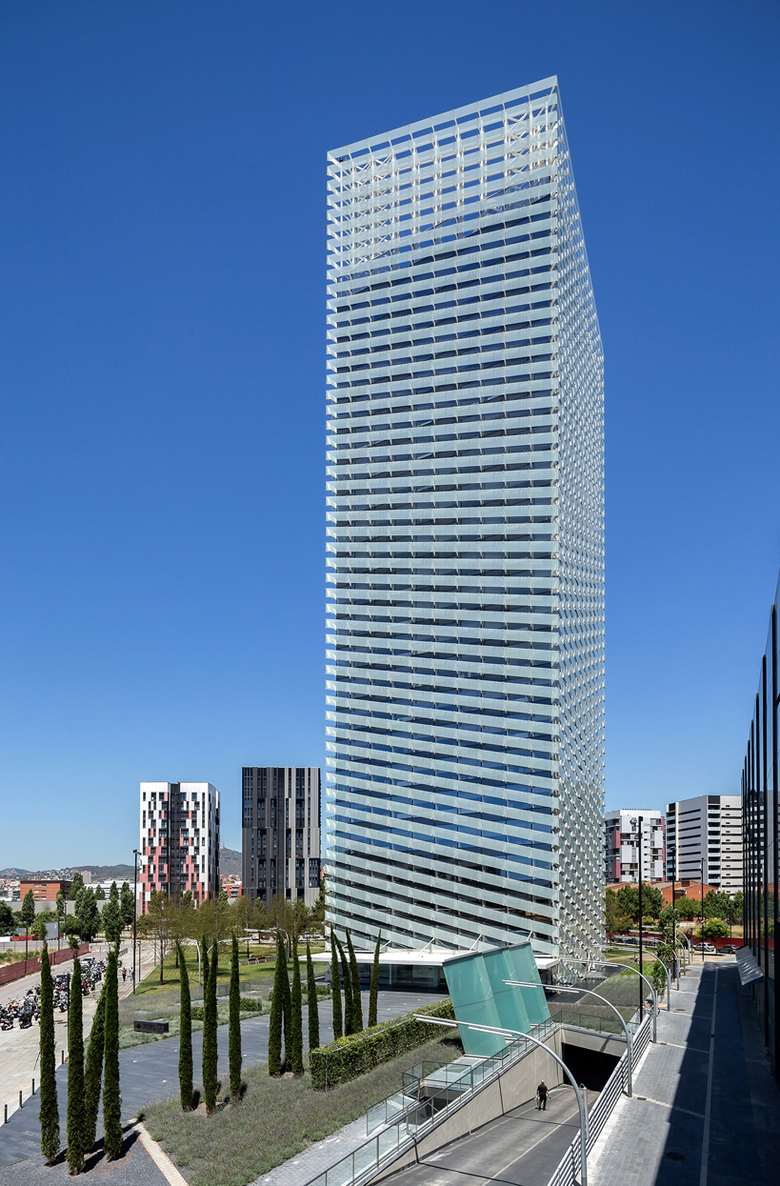 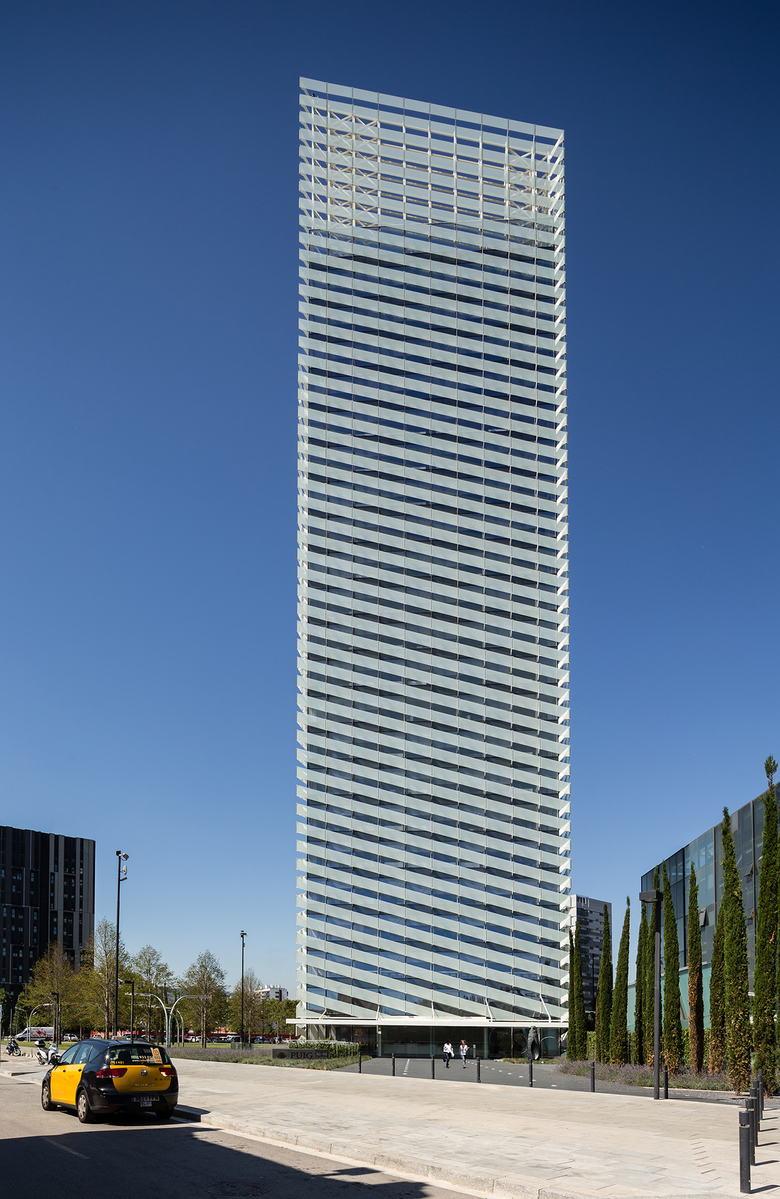 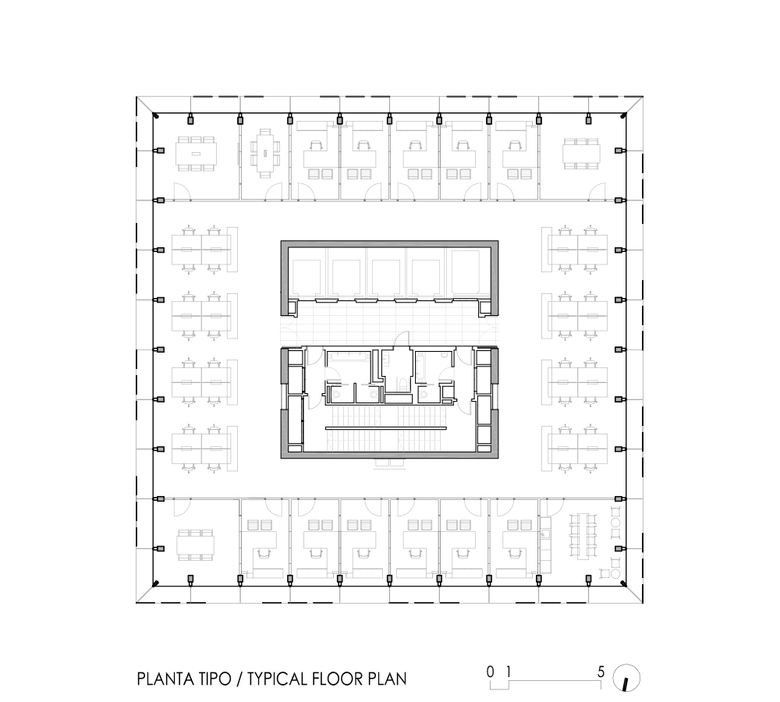 The tower strictly follows the floor plan and height established in the normative plans, and the proposition that it was to be perceived as a united figure and not only as a simple superimposition of horizontal floors, led to the suggestion of the spiral glasswork which encases everything. The desire that the Torre Puig should assume the iconic role which befits its corporate headquarters status appears to have been satisfied by the emphatic geometry of its architecture, whilst the boldness of the spiral leads to a shape that in its purity alludes to the touch of class which Puig’s perfume bottles have always been infused with. Furthermore the spiral leads us to contemplate the unshaking desire for improvement and innovation that has always been present in Puig’s business ventures.The floor plans of the tower- a 27.5m by 27.5m square- shows the importance of the core, which not only resolves the vertical connections, and the service and mechanical elements, but also contributes to defining and structuring the usable space. Around the nucleus unfold the work areas which enjoy on four sides the urban scenery offered by a city such as Barcelona. The glass covering affords the interior spaces, whether they be offices or workspaces, meeting rooms or other spaces, an attractive filter at the same time as helping to improve the insulation of the building, which incidentally has earned a LEEDGold certification.

In collaboration with RAFAEL MONEO and LUCHO MARCIAL, GCA ARCHITECTS designed the Architectural project, the design of the interiors was done completely by GCA ARCHITECTS.