The English Mall // The Comercial Garden 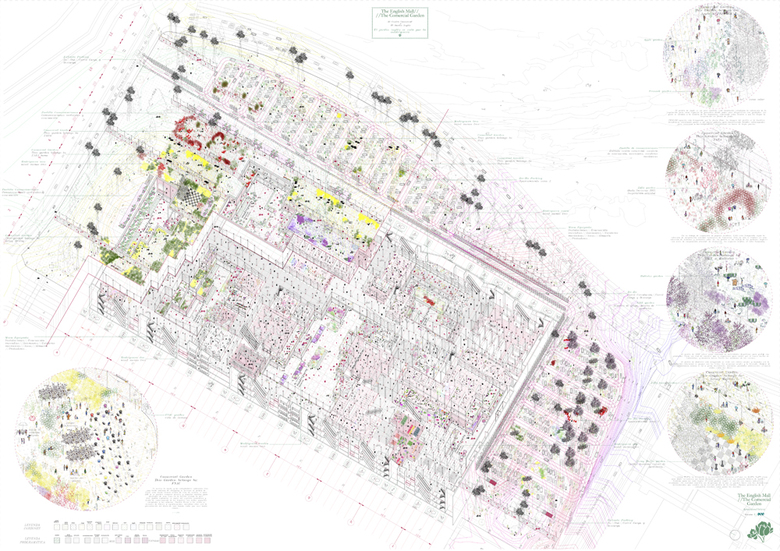 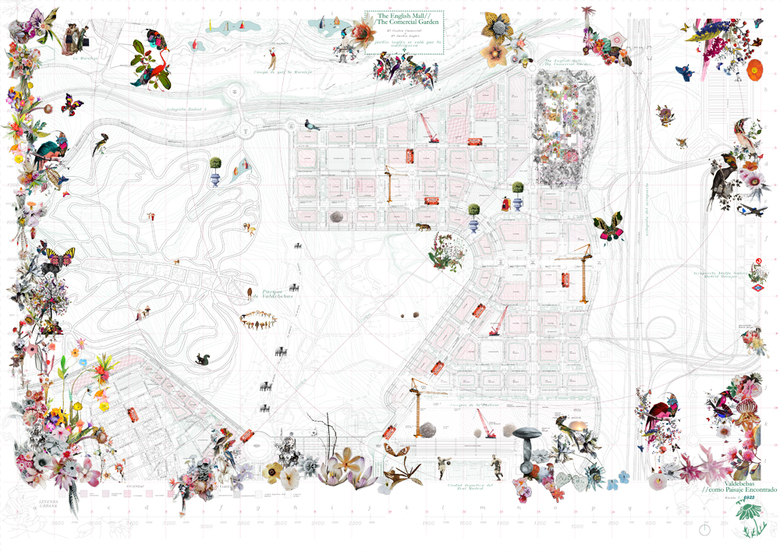 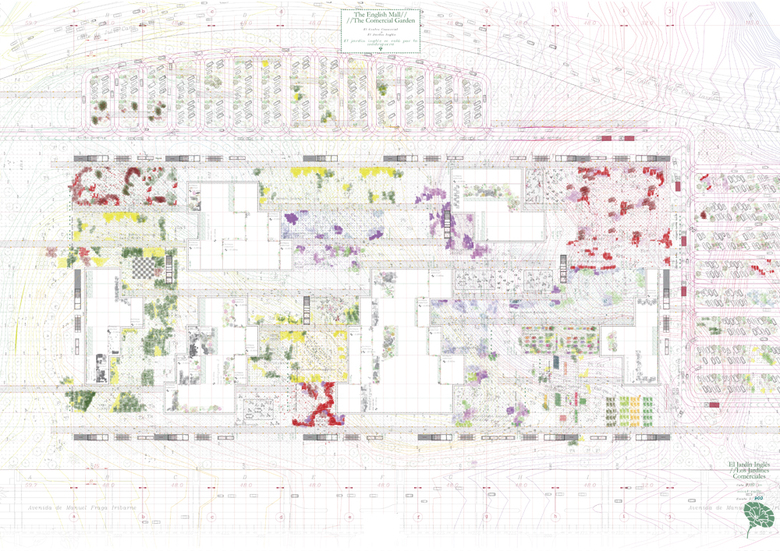 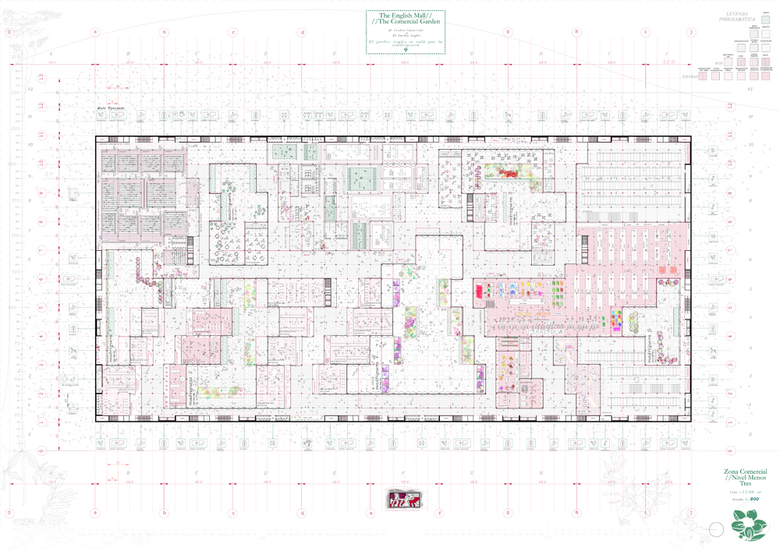 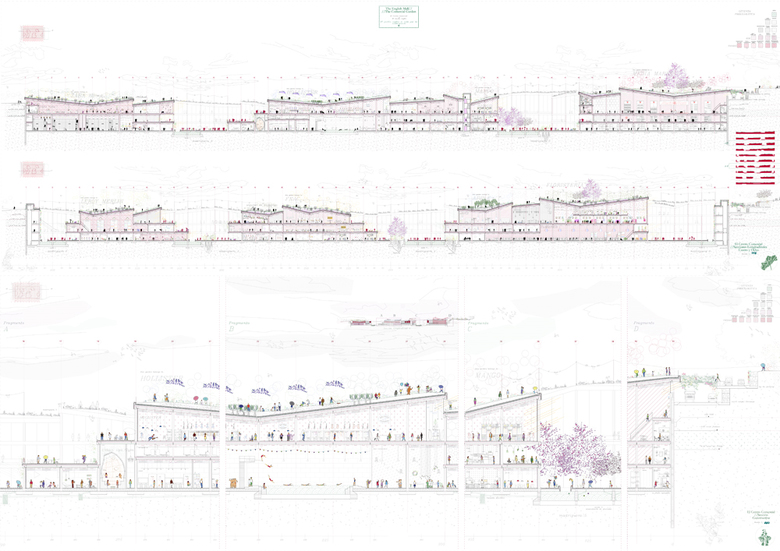 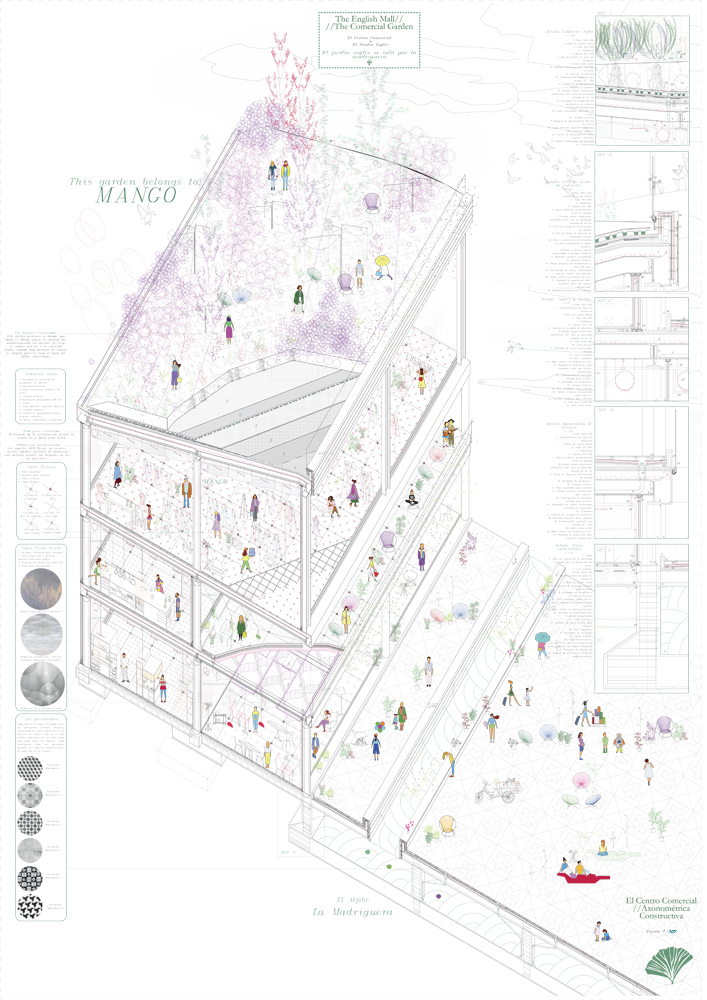 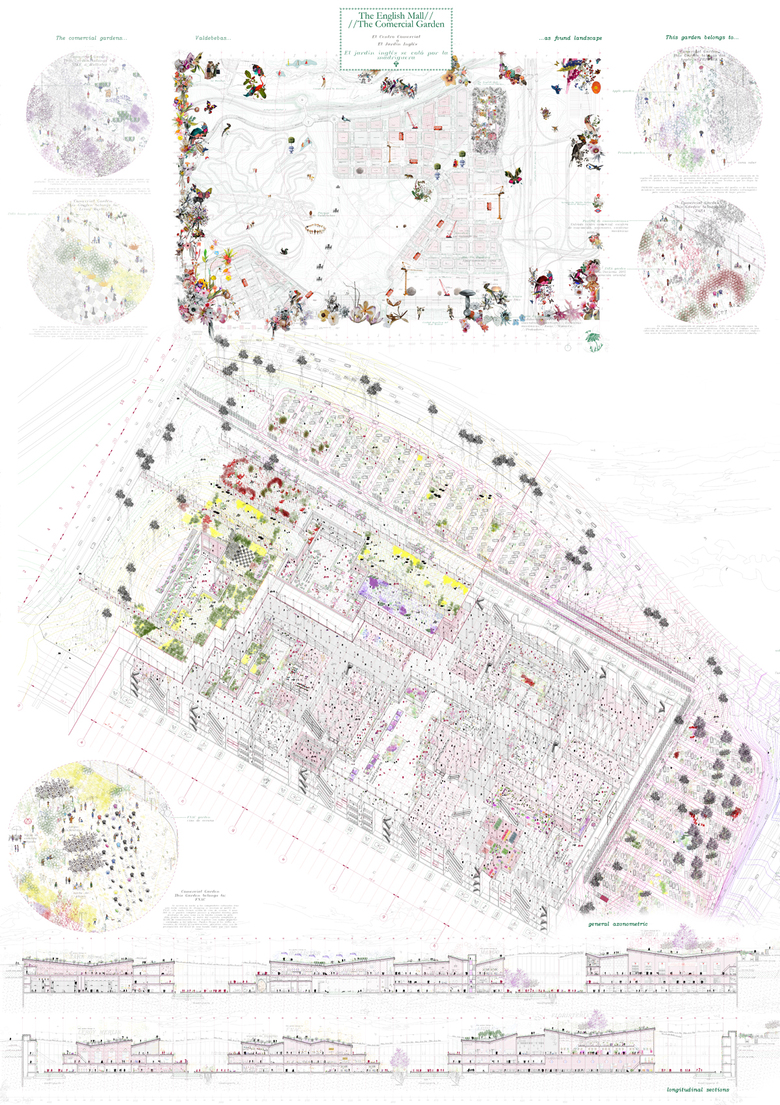 "The project reformulates the concept of mall, based on an understanding of it as a kind of landscape. A landscape that has clear compositional rules, seeking a targeted routes, spaces of surprise, chasing catch the visitor. Then two natures are faced to each other, the garden and the mall, and a third mixed space appears when they touch, the Burrow."

Facing the exercise of a shopping mall in Valdebebas (an outskirt neighbourhood in Madrid)  many questions are raised: do we really want to do another mall?, can be transformed the mall typology with other design criteria? So Valdebebas is taken as a found landscape and we assume as a positive quality that the housing slowdown has left Valdebebas as a kind of real state ruin, which can be transformed by a catalyst, in this case the Mall. So the mall is not an agent of the periphery whose design can be taken as a standard without possible improvement; the mall is a public square capable of making life burst in Valdebebas again.

I chose the project by reflection established not only about the shopping mall model, but also about  the city model. Thinking that Valdebebas, as suburb, that can be transformed. The two main themes of reflection are not merely architectural themes, but touch behavior patterns and human settlement, besides being highly current.  Both are part of popular culture as well as topic of essays of Anthropolog scholars. You could say that "shopping" is what remains of public activity. Through some increasingly predatory forms, the shopping has been able to colonize, and even replace almost all aspects of urban life. Airports, museums, etc. have become shopping malls to be profitable and survive. The architects despise the world of commerce but use the settings imposed by shopping for projecting museums, stations,  plazas...Shopping architecture is seriously discredited. It is reduced to a basic diagram, simple, banal and relentless. The interest of the project is to reflect on the mall, with all its contradictions and potential. Give a new game to a field not very explored in the schools of architecture but of great importance in contemporary culture. LET'S GO SHOPPING!