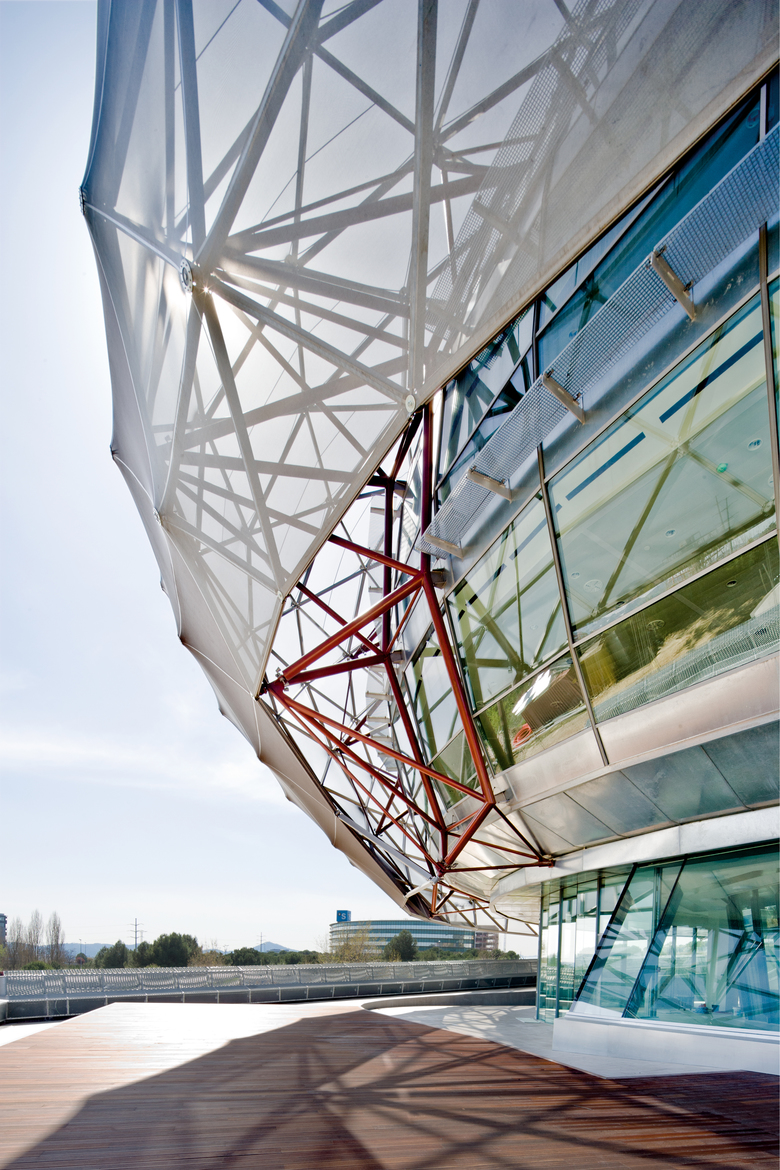 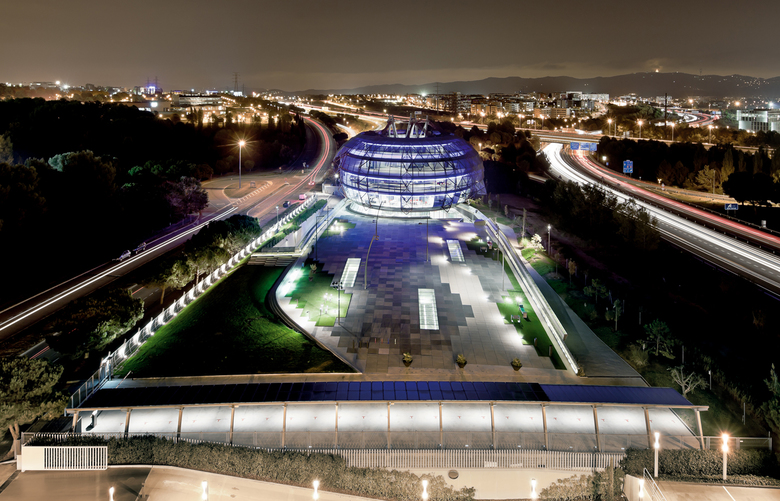 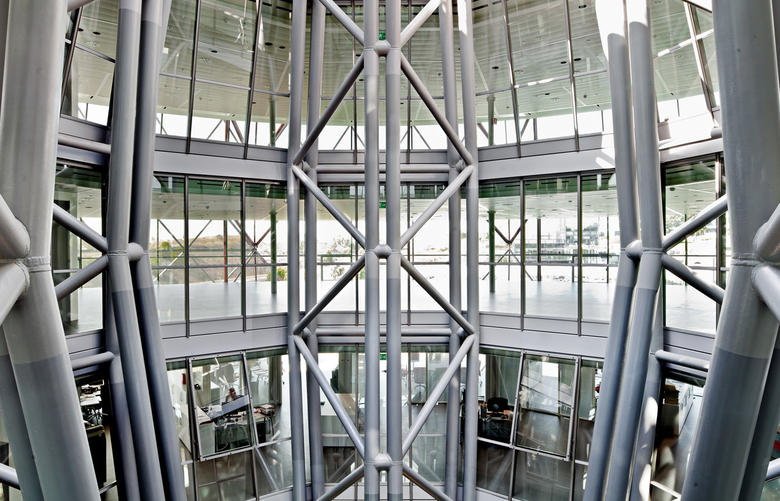 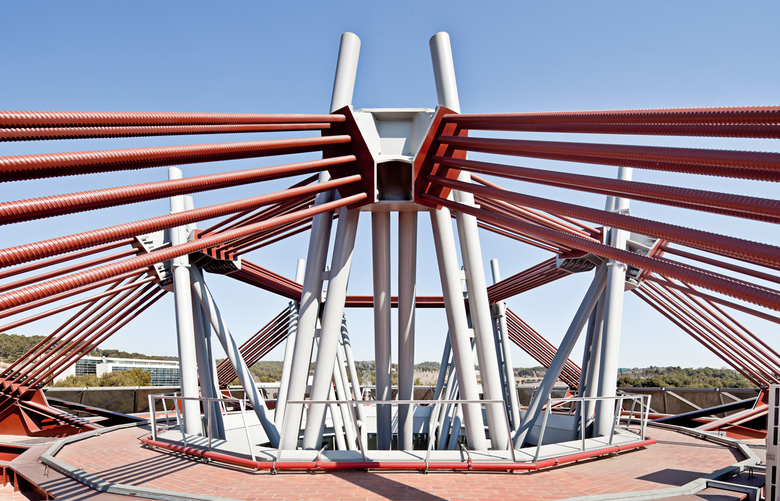 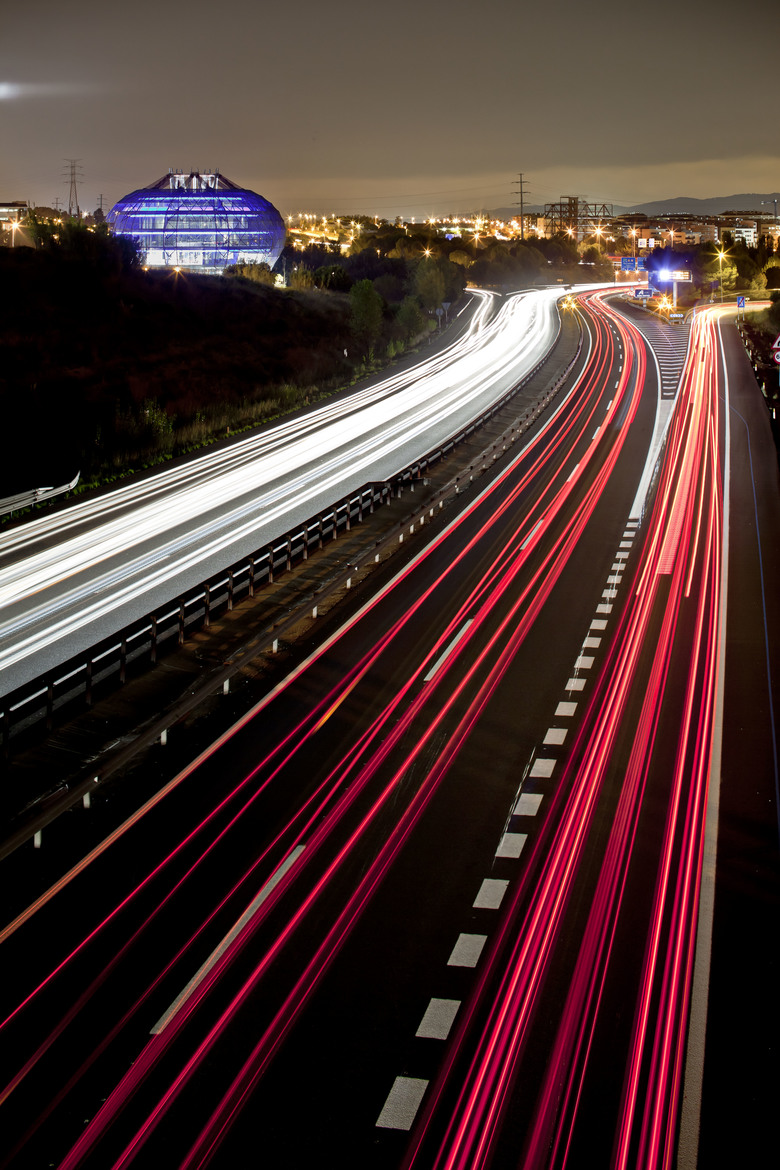 The new iGuzzini Illuminazione Ibérica S.A. headquarters is located between AP-7 and C-16 highways (Barcelona metropolitan roads). The building has two parts, each with a different function: one is low, extensive and underground, with no natural light and built in concrete; the other is spherical and with a glass shell, floating over the landscape.

Taking profit of the slopes of the ground, the platform contains the logistic warehouse, the parking, the showroom, the auditorium, the light theatre, a conference room and climate and system mechanics. All these spaces need darkness, so as to show the characteristics of artificial light.

The surface of the platform is, in fact, a completely equipped outdoor raised floor, covered with different panels which offer the needed flexibility to set up various displays for the outdoor showroom. Over the platform, with an uncertain dynamic equilibrium, stands the more representative area of the complex, a slightly distorted sphere. In this volume, general and management offices are found as well as investigation areas.

Actually, the offices are built around a light patio, where the structure is developed: a single pillar formed by five metallic masts. The end of these masts is joined with cables to other ten vertical elements which fix the exterior limit of the slabs. Therefore, the whole building remains hanged only from the central pillar. The offices’ façade, covering the external volume and the inner façade of the patio, is a great glass shell. Thus, from the offices, a complete 360º panoramic can be seen. The glass façade is covered over the sunniest surfaces with a solar protector made of a three-dimensional metallic structure, where a special solar fabric is tightened. This textile façade is capable of reflecting the radiation while allowing a great visual permeability. Thanks to its flexible geometry, the solar protection can be very well adapted to the shape and volume of the building.

During the day, from the outside, the building appears like an opaque volume, which reflects the sky on the northern part, and is profiled as a pointed spherical volume on the southern. From the inside, however, the perception is completely different, since the space has no interruption between interior and exterior. During the night, all these qualities are inverted. Thanks to light, the sphere turns to be almost like a lighthouse, showing its interior in a complete transparency from every corner of the roads which surround the plot.

Integral refurbishment of the old town of Banyoles