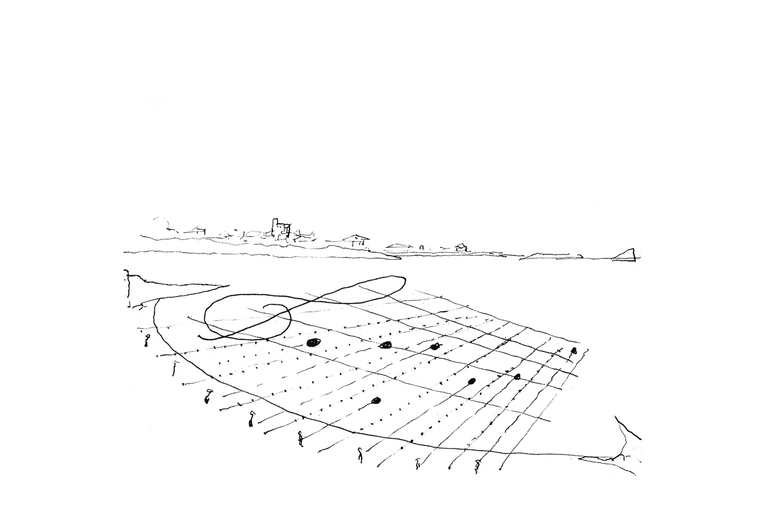 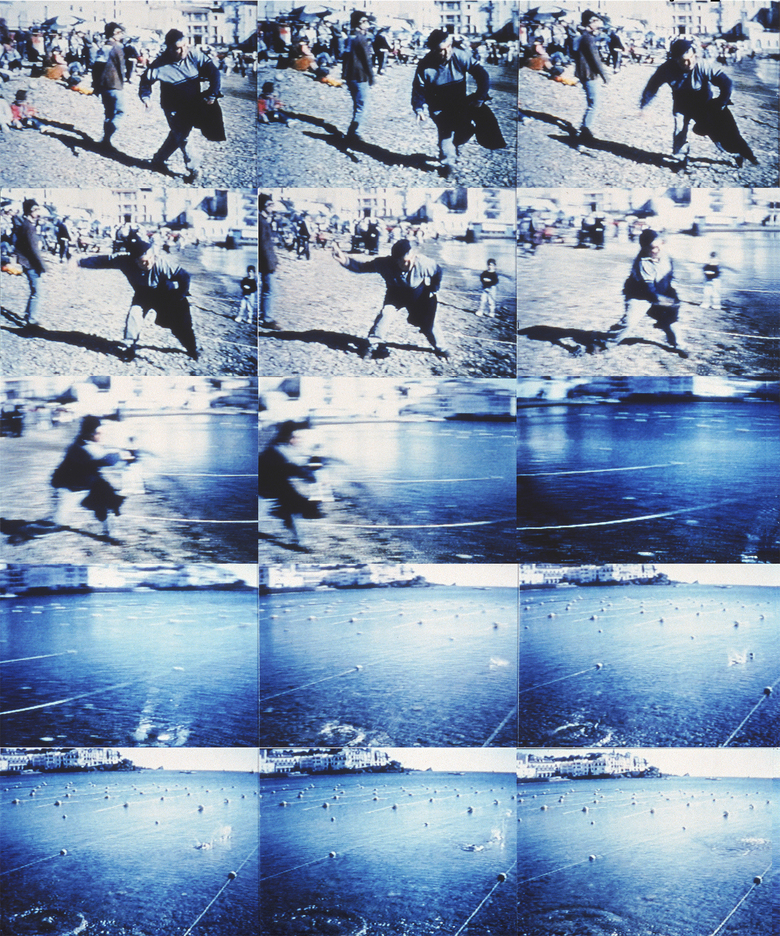 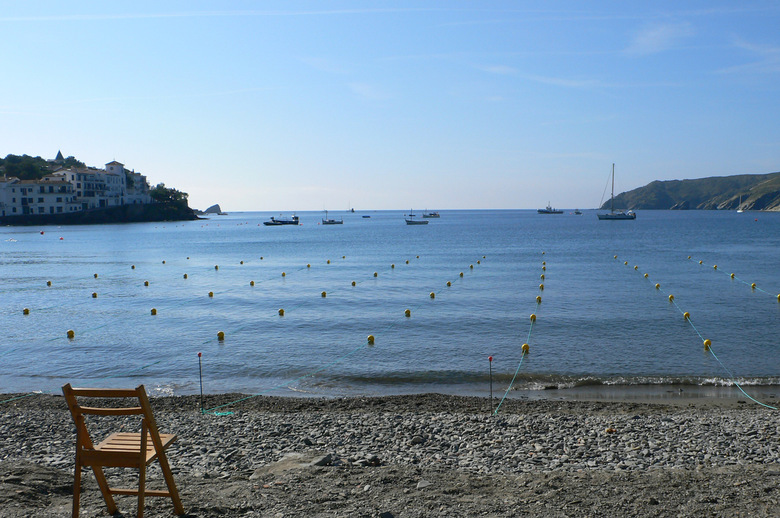 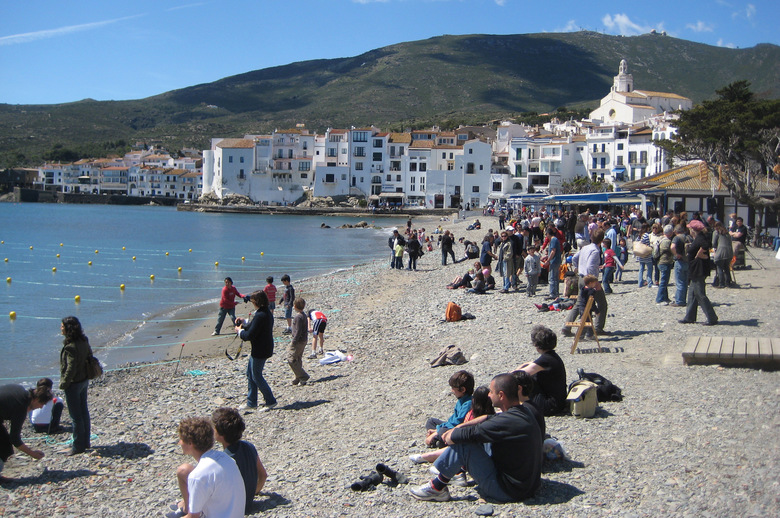 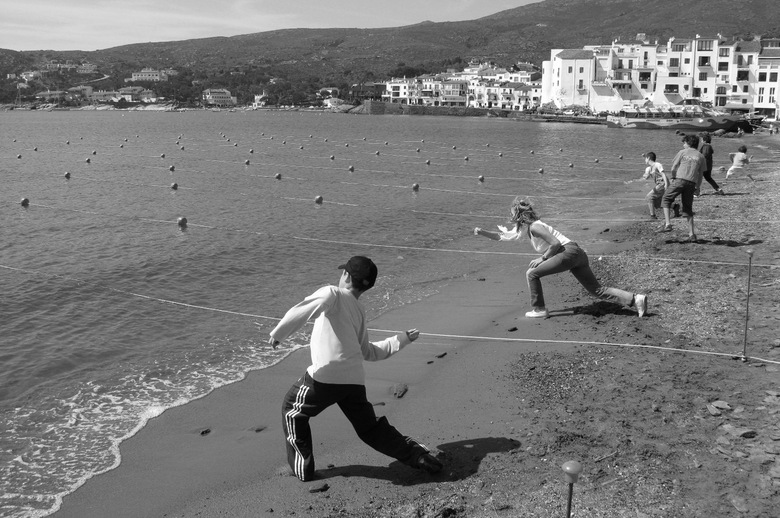 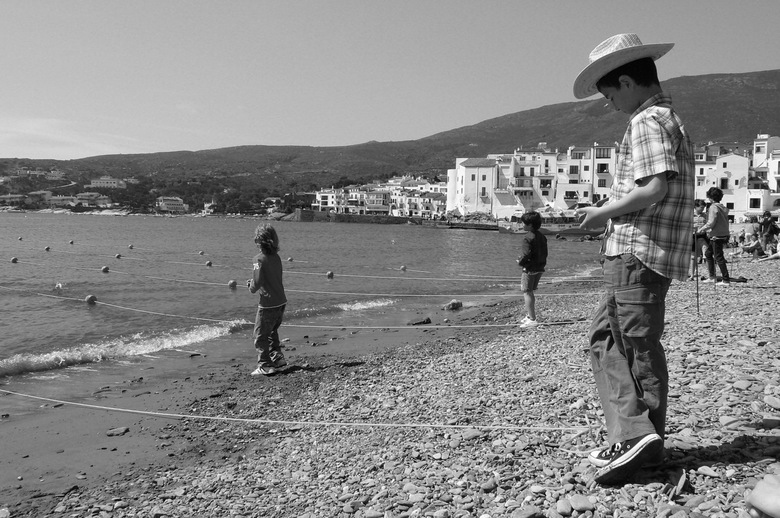 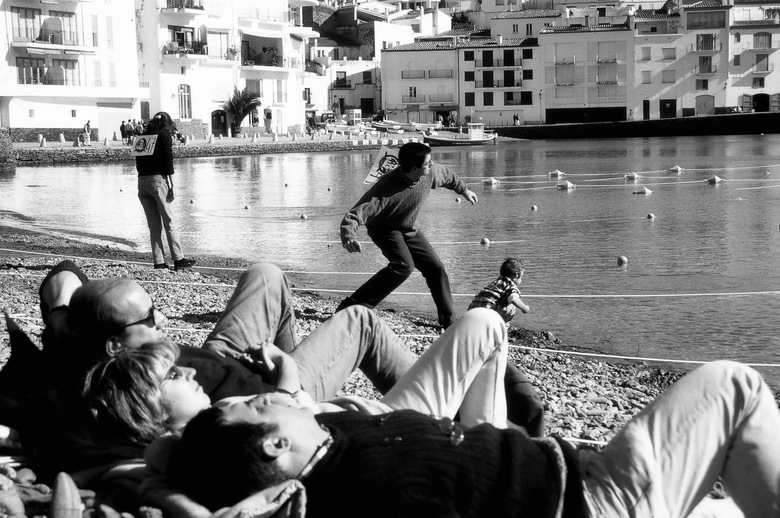 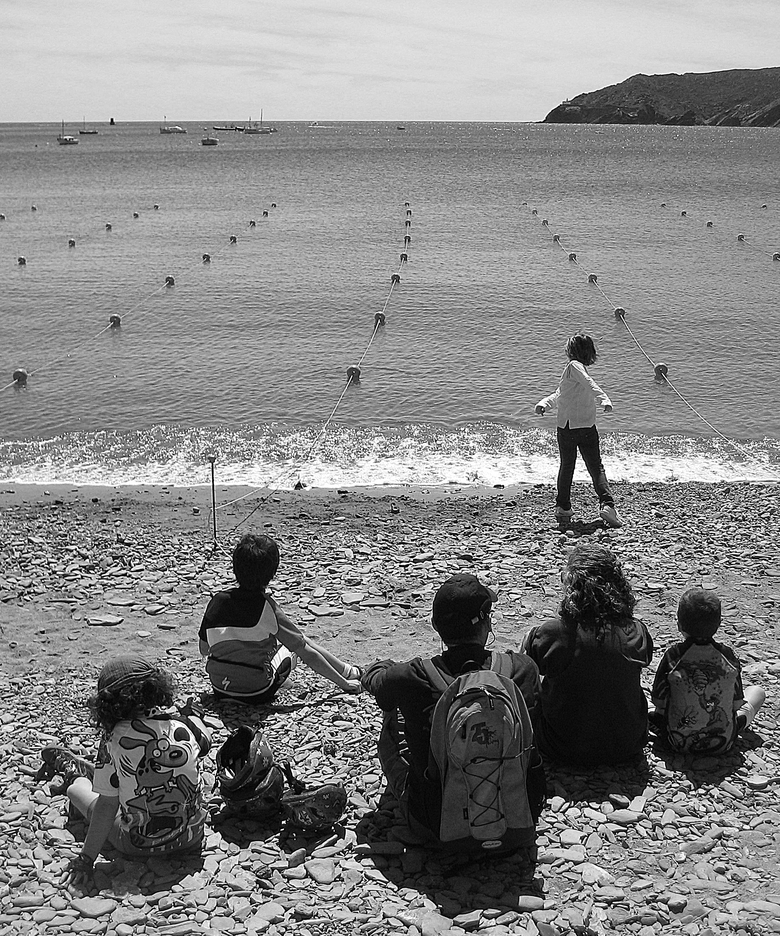 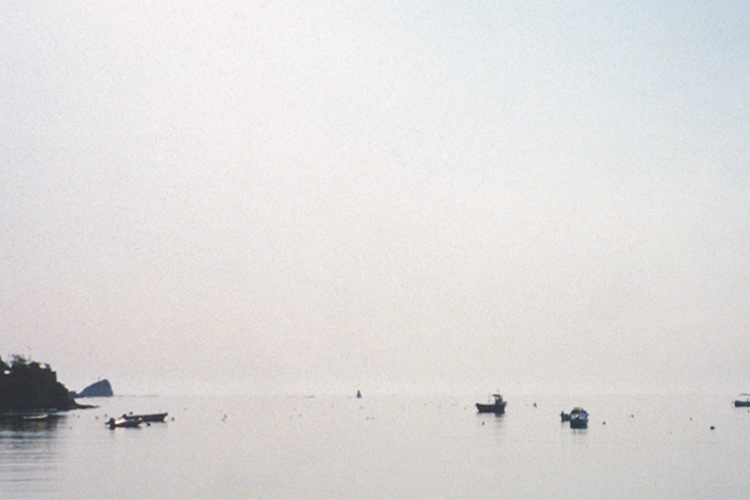 PASSANELLA: slate plain stone found where the Pirineus touch the Mediterranean, mainly at Cap de Creus massif, and more exactly at Cadaqués. It’s a quotidian event arriving to the sea, picking a “passanella” and try to slide it over the water. The project is based in that fact and in understanding the place as a multidimensional and complex reality. It is worked over a liquid, changing and dynamic landscape: the sea, even if it often occurs that those days is calmed: “ses minves des gener”. The intervention has an elastic part (suspended elements / buoy) and a dynamic part (marks that the slide stones determinate). The buoy are arranged 40x40 m, with irregular divisions 10x4 and 8x5 m, that produce 10 different canalizations with the horizon as a infinite reference. Upon this and in an imaginary way, we superimpose a stave establishing a relation with the music as a acoustic measurement. So that the distance of the stone determine the pitch note and how many times bounced settle the time. Adding up the different throw series one melody is shaped, one of the infinity that by chance can be shaped. At the beach is lay out the plan of the fitting, a solid surrounding defined by the same stones in a mineral topography. At the time when the action is instalated over the sea, new laws come into play: we are in a liquid landscape. From the fluted topography defined by the east sea, to the smooth topography that the “minva” guarantee, and the only thing that will promptly alter it is the slide of the stones, creating another changing territory. In short, Passanelles is an installation, an ephemeral space, an action: Ephemeral space as a physic construction in a place, but it’s a place that is everlasting when the user caused it. Action able to assimilate when has com out, and can’t be visualize in memory. The support: the buoys, the ropes, the canalizations... Points, lines and enclave planes at the physique references of the immediate landscape, are measures in the space, statics, extensions, that establish where the action take place. The authors: the sea, the wind, the stones, people... energies that combine different movements, are transitory measures, dynamics, durations... are actions in time. Passanelles, has come out in nine moments: 1996, 1997, 1998, 1999, 2001, 2008, 2009, 2010 and 2011, looking for “ses minves” period in different microclimate’s circumstance and in different places. Even so the context persist as a geographical place, as a bay that accompanied by the “tramuntana” wind opens to the horizon, where the geological outline rest, where the ships travel, lights and looks between generations. Context as a tradition, as a quotidian fact or a popular memory. The fitting weekend different experiences are manifested, interacting with the place, turning toward a party. The year 2012 it will be carried out without a specific date, during “ses minves des gener”. The same way that the melody is shaped by chance, that will choose the action day: the chance, the host, will invite the participants.

Exhibition / Action "Towards a new balance of nature" in La Pedrera

Archaeological Park of the remains of ancient Roman IESSO S. I A.C.

Museum of environment and climate in Lleida

Space transmitter of the mound | Megalithic dolmen of Seró