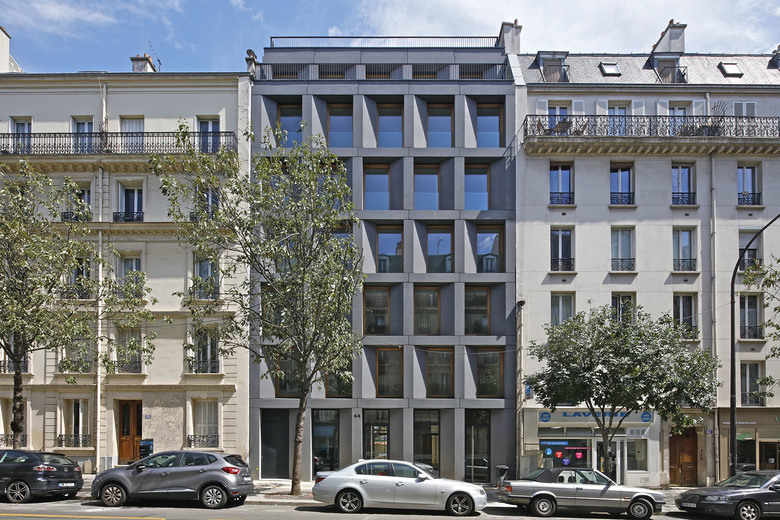 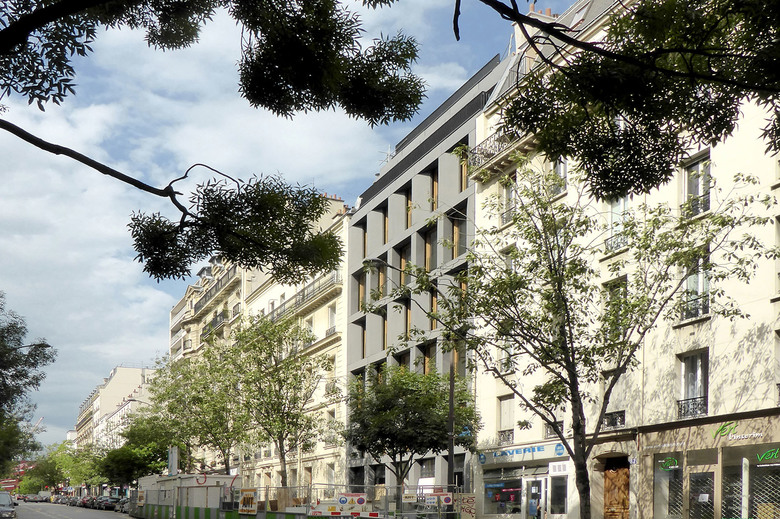 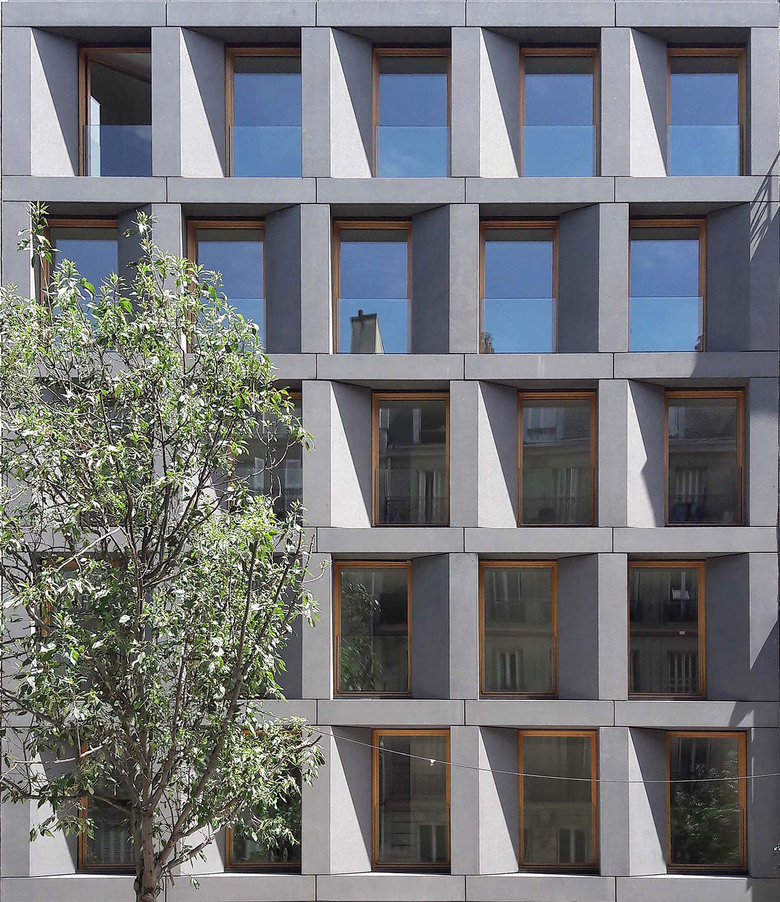 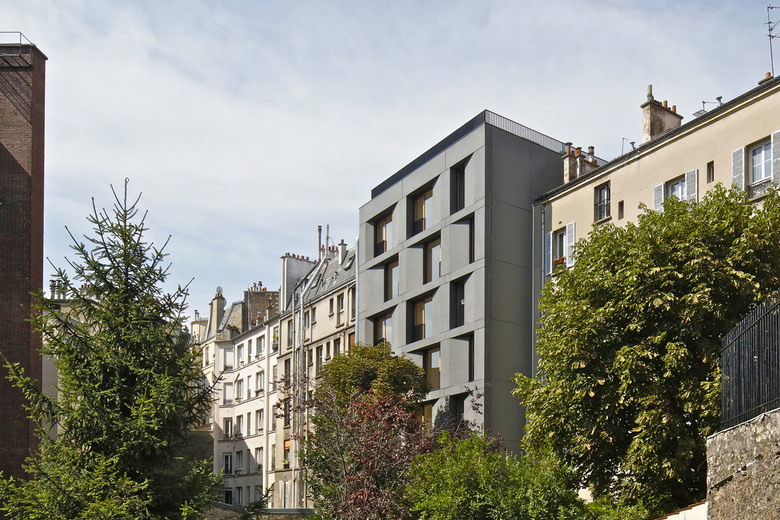 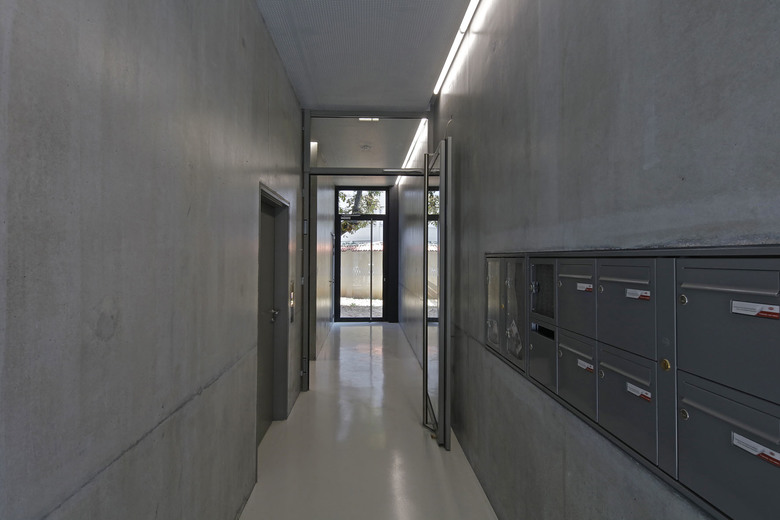 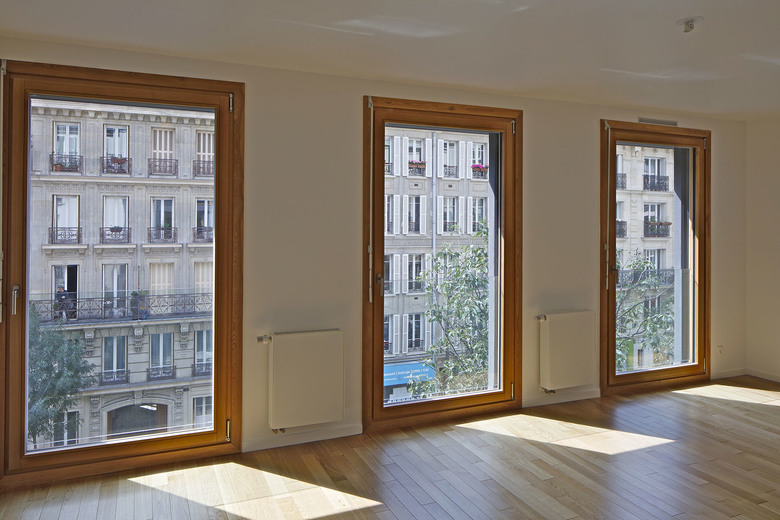 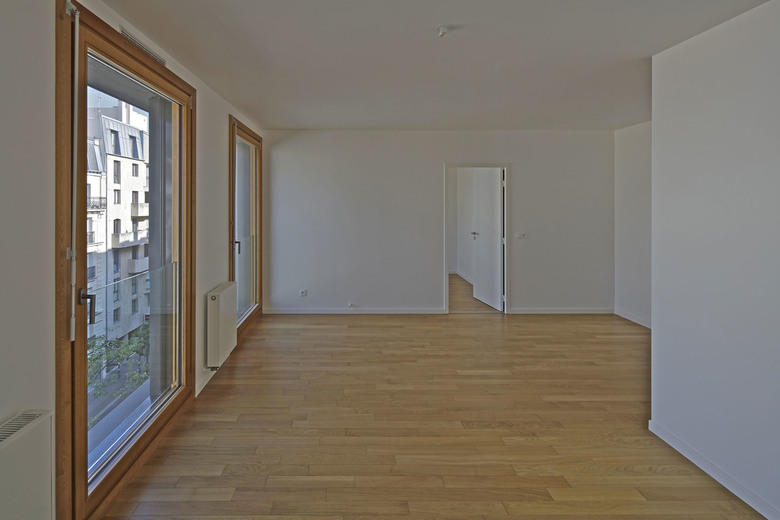 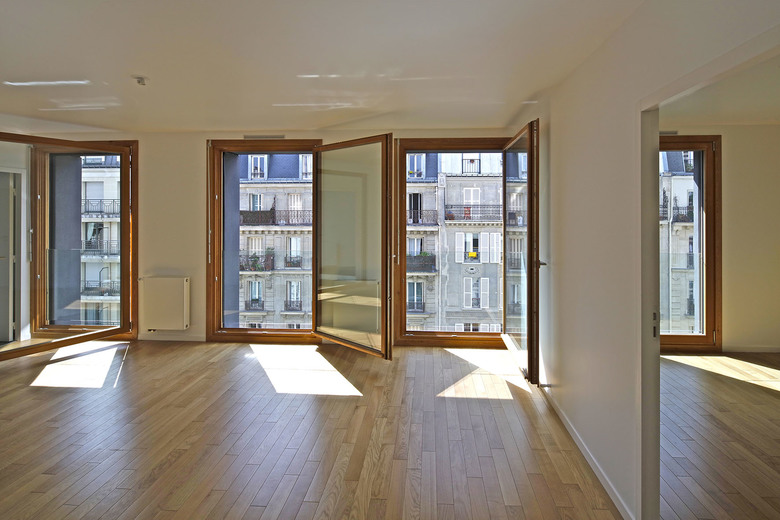 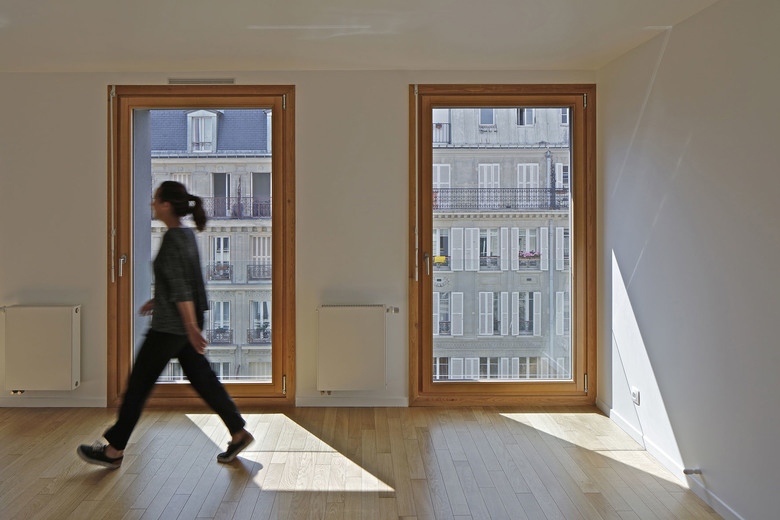 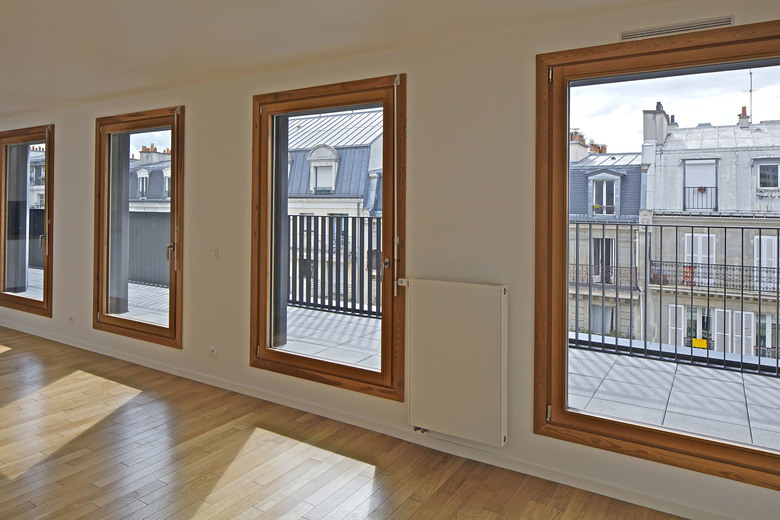 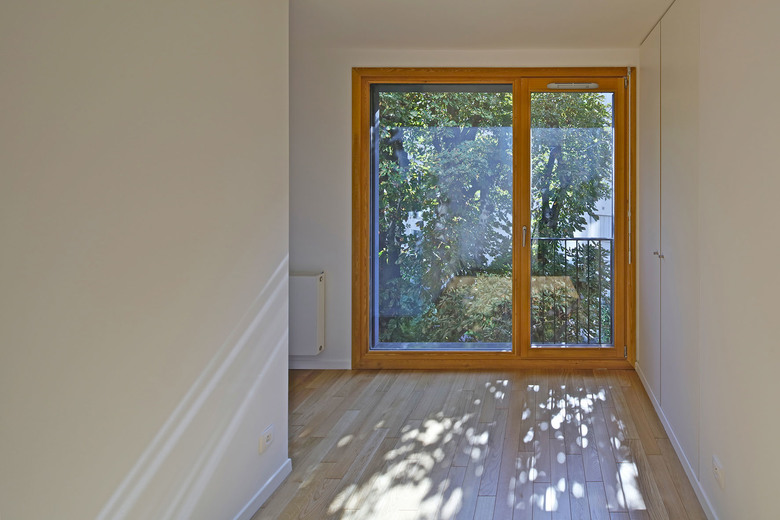 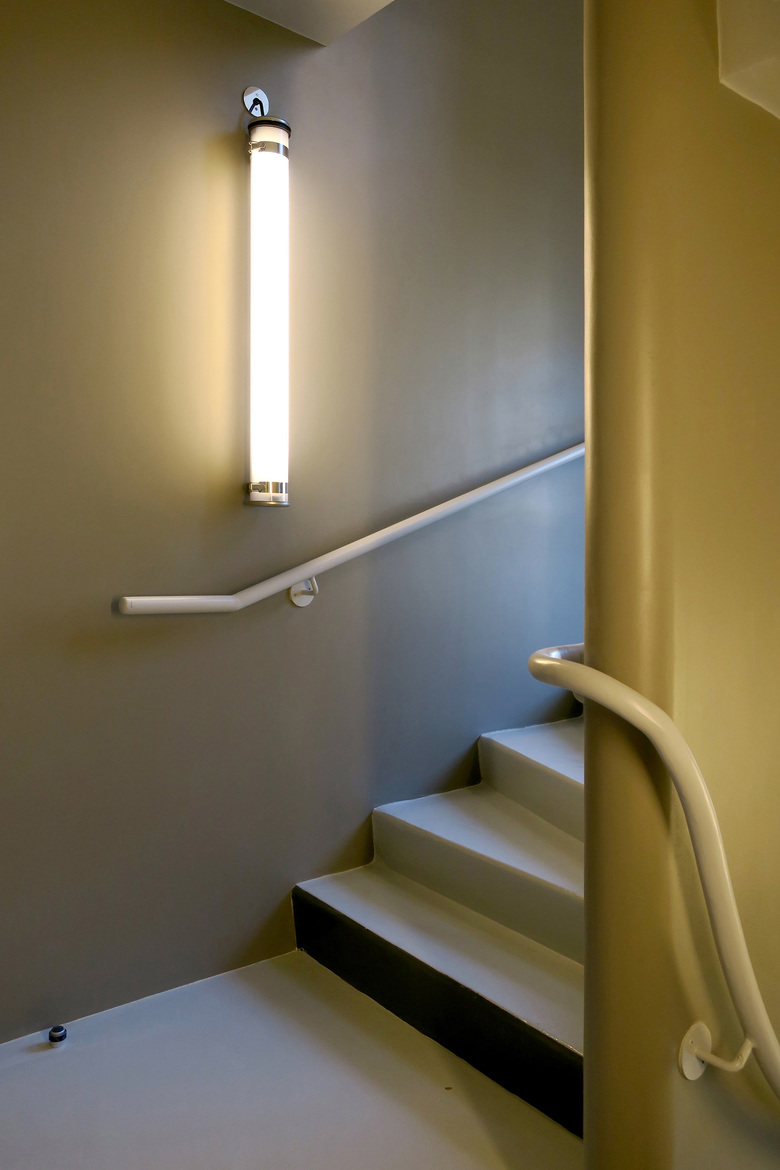 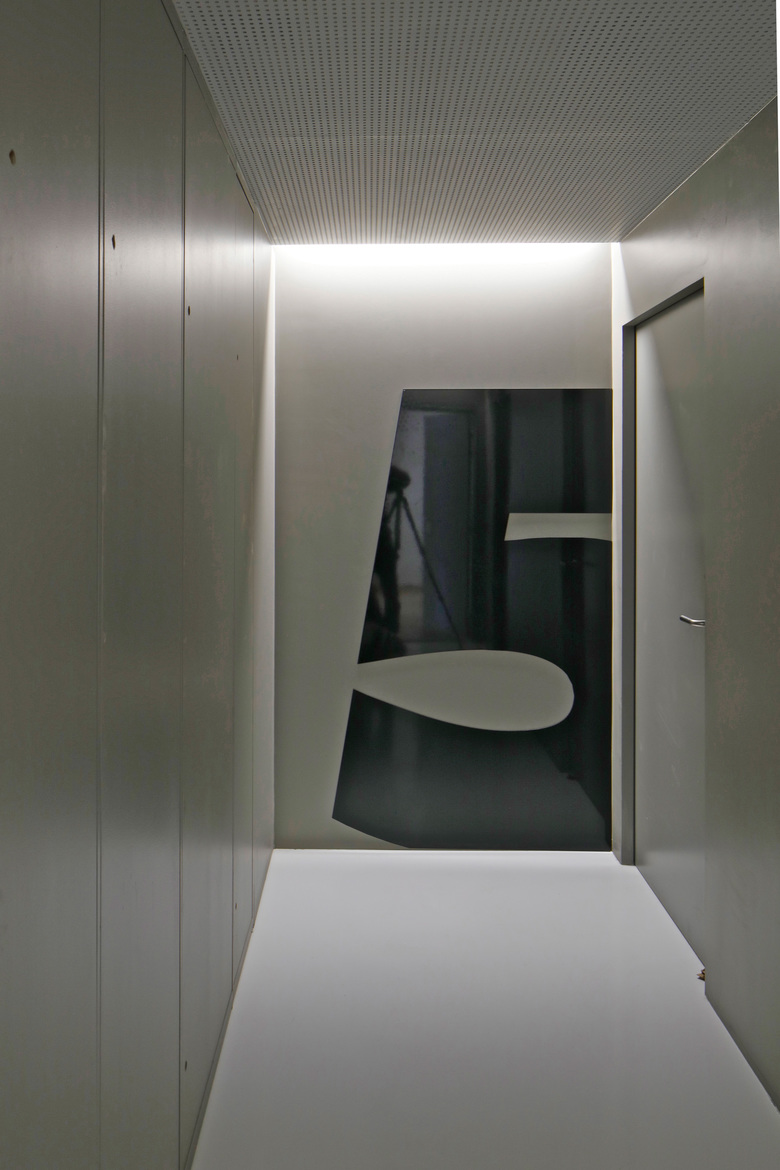 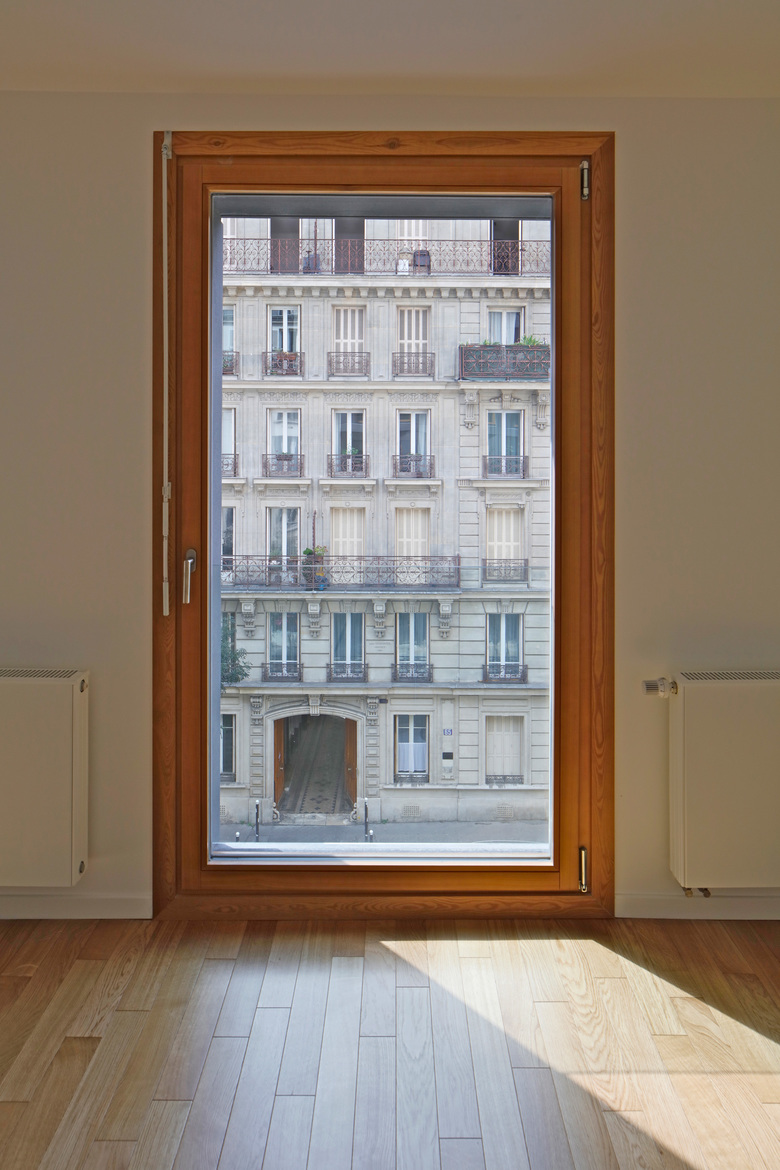 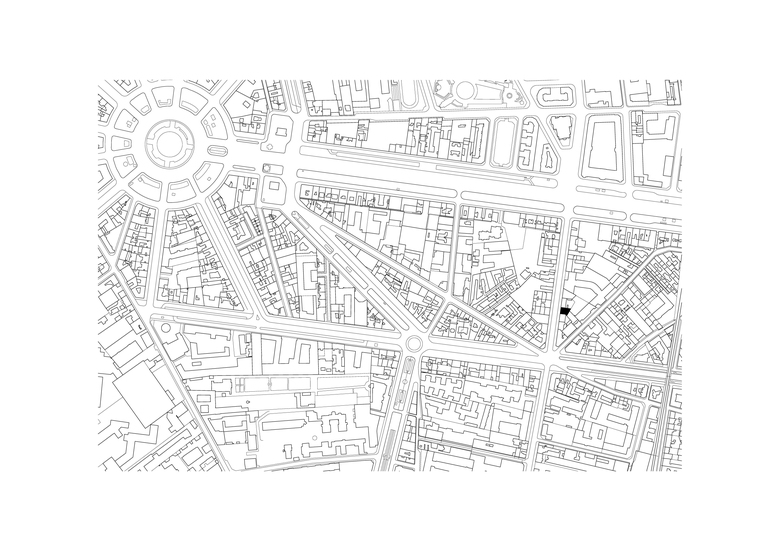 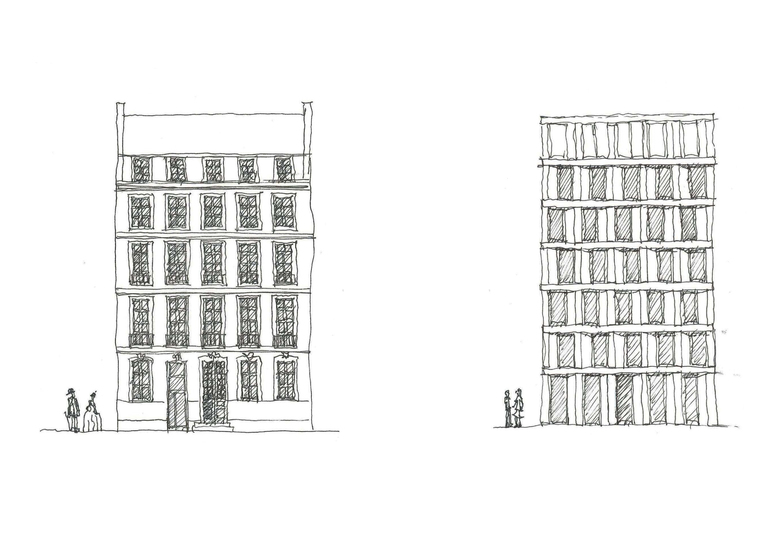 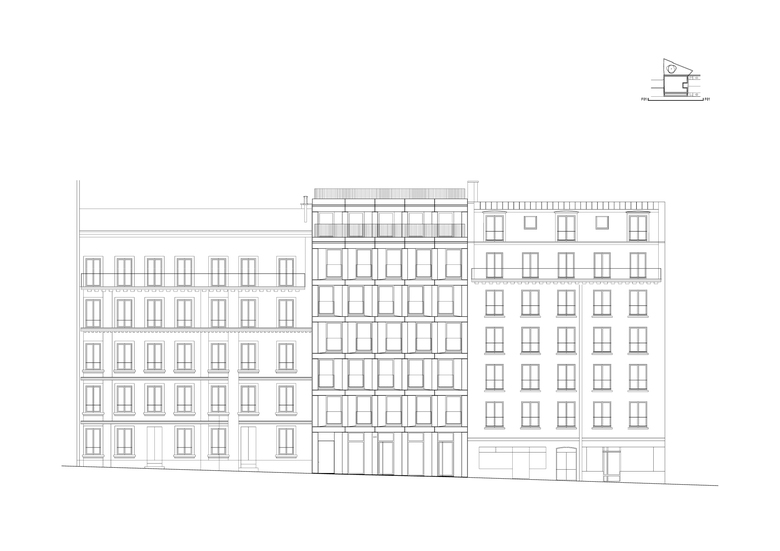 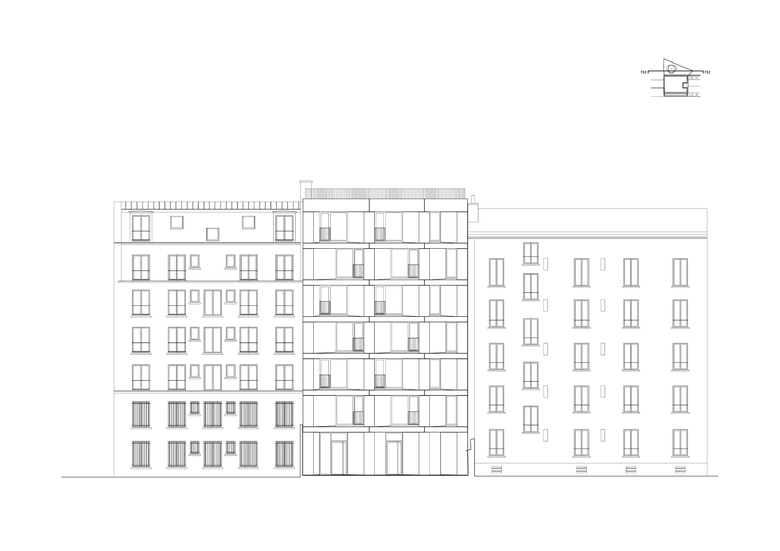 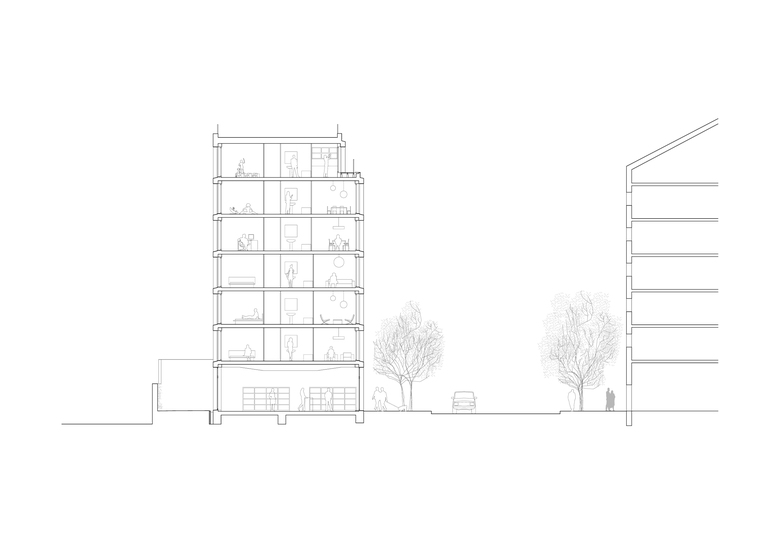 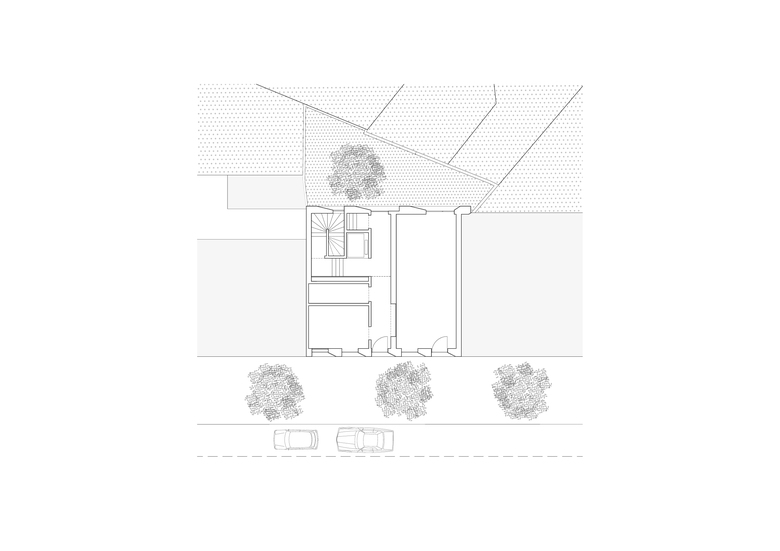 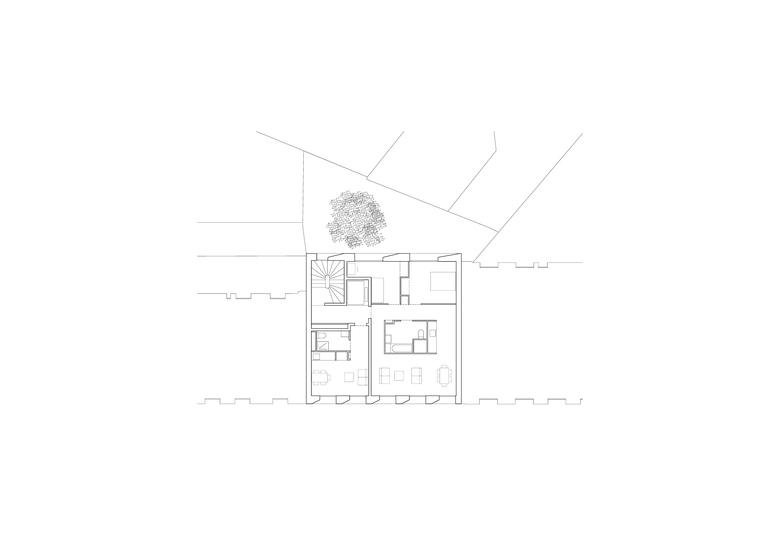 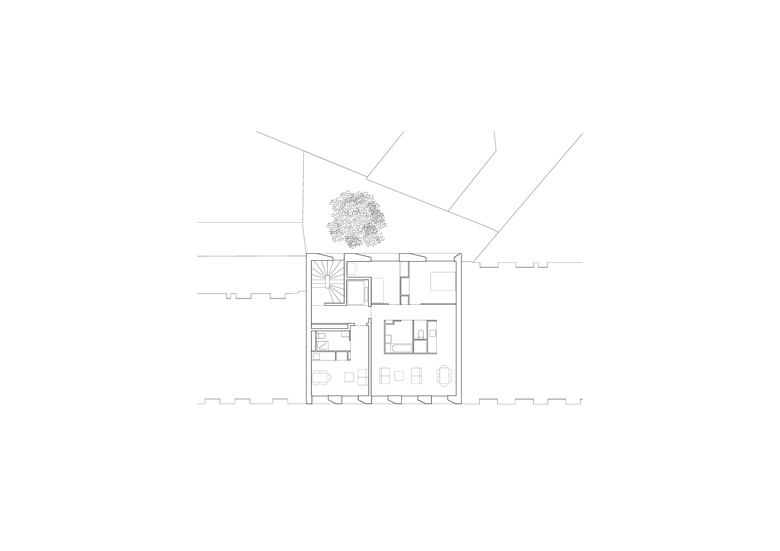 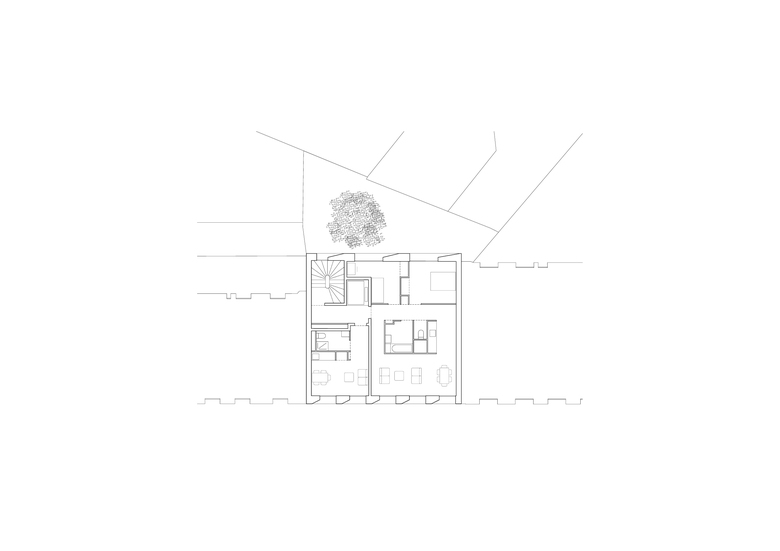 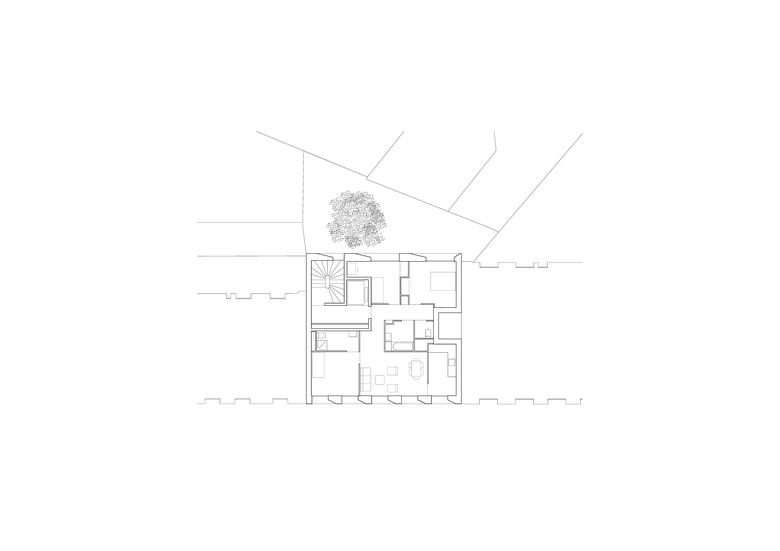 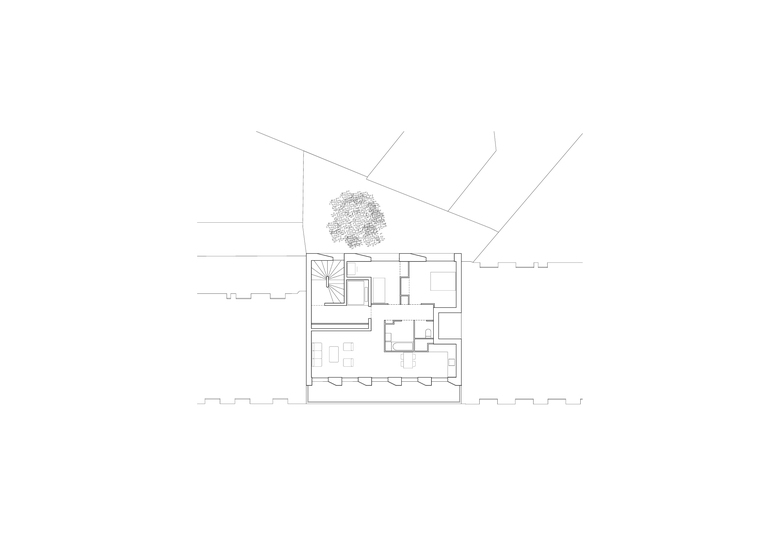 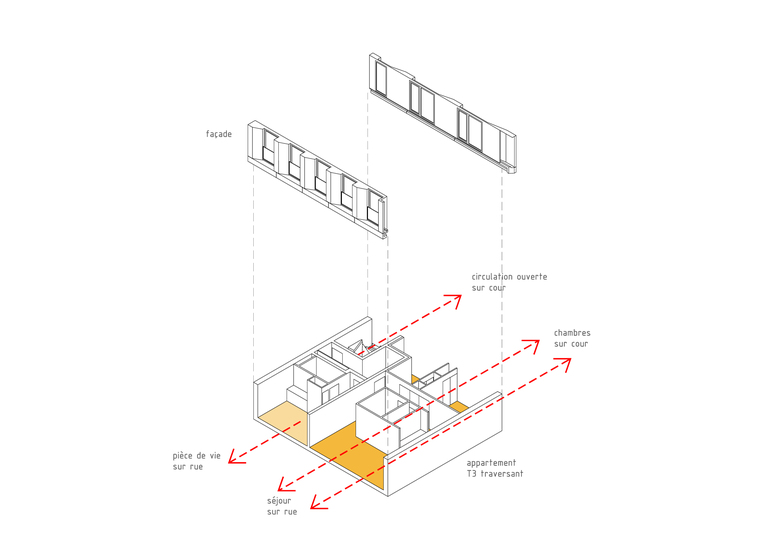 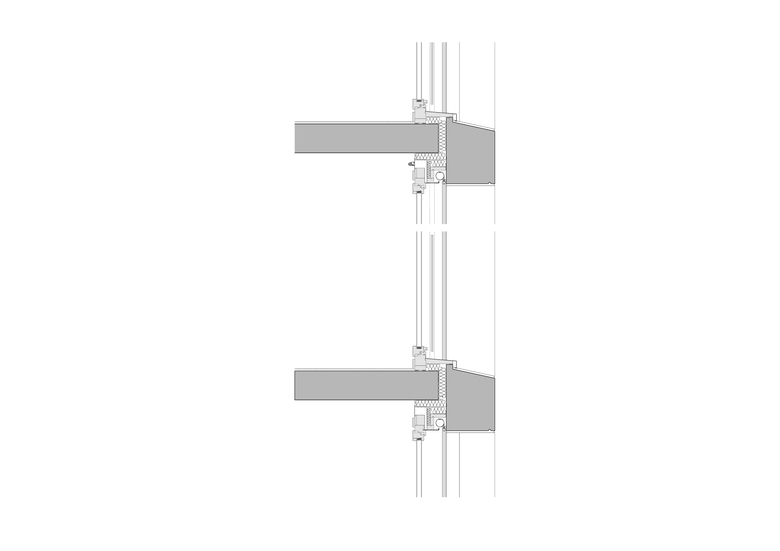 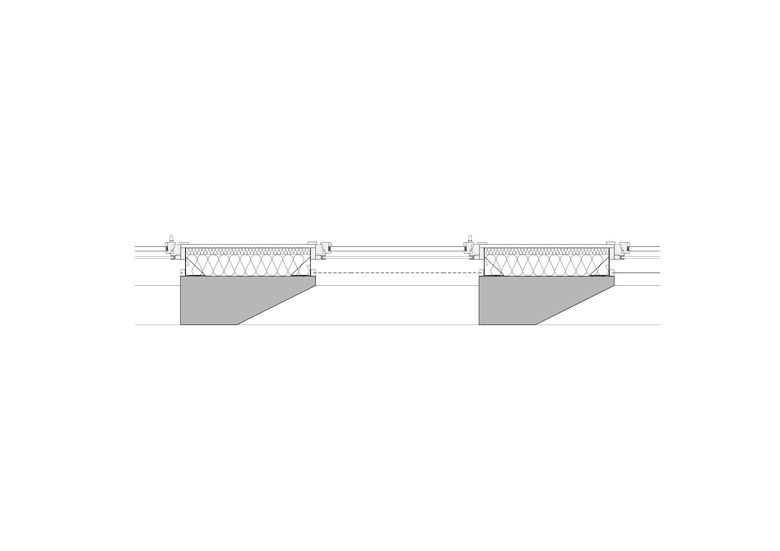 In the work of the office, the design and construction of housing has a peculiar situation. We consider that housing is the raw material of the European City, and it defines the urban surrounding in which we live. That's the reason why we think it is really important to develop an architecture with quality in the construction of dwellings.

To answer these questions, we chose to work with certain characteristic elements of the Parisian Architecture which according to us could give an answer to the questions of nowadays.

The organisation of the dwellings inspires itself from Haussmannian apartments principles with representative spaces oriented towards the street, and bedrooms towards the courtyard. All the apartments, except the studios, have a double orientation.

The typologies are organised around a watercore composed from the bathroom, toilets and kitchen. In certain dwellings, ones can walk all around this watercore, creating a dilatation effect of the space.

The façades develop themes of the Parisian Architecture such as composition and materiality:
-Wooden vertical window
-Façade rythm
-mineral materiality...

We wanted a noble, massive and sustainable materiality for the façades of the project. We chose an architectonic prefab concrete, a contemporary material which is one of the substitutes of the carrier stone. The prefab elements are bearing-parts of the structural concept of the project.

The color of the façade is a middle warm grey which reacts differently according to the moment of the day and to the weather. It is as well a complementary color to the orange color of the natural wooden windowframes.

The building shows its belonging to the Parisian history and at the same time its modernity in the parisian urban landscape. The project believes in the capacity of the Haussmannian template to cross the ages.