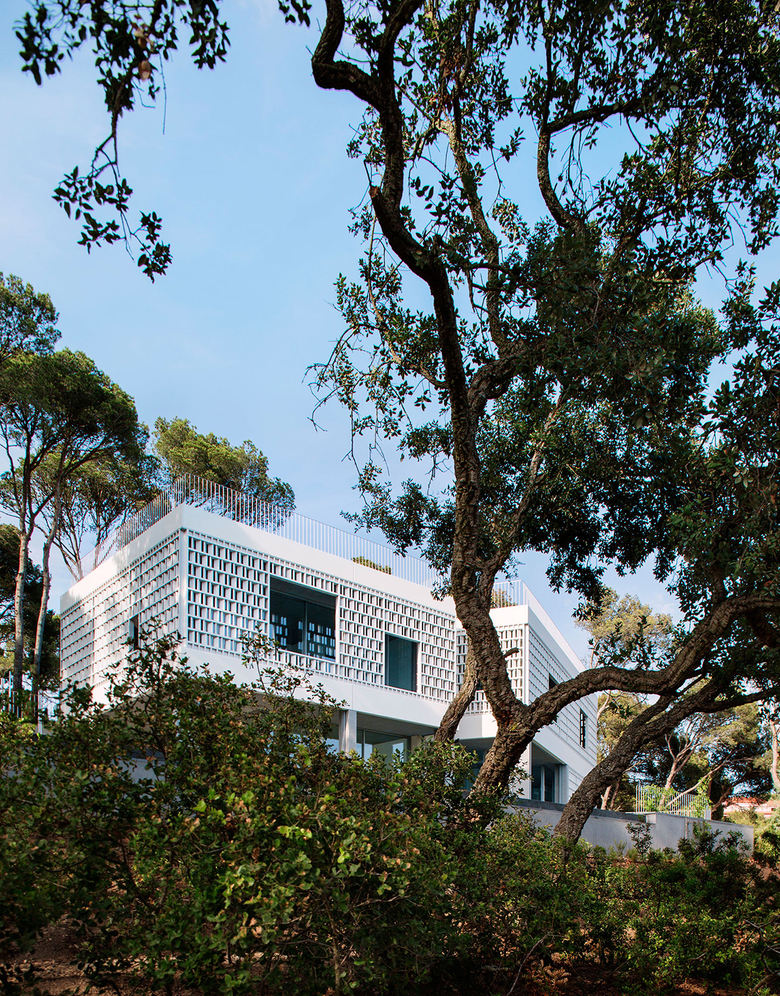 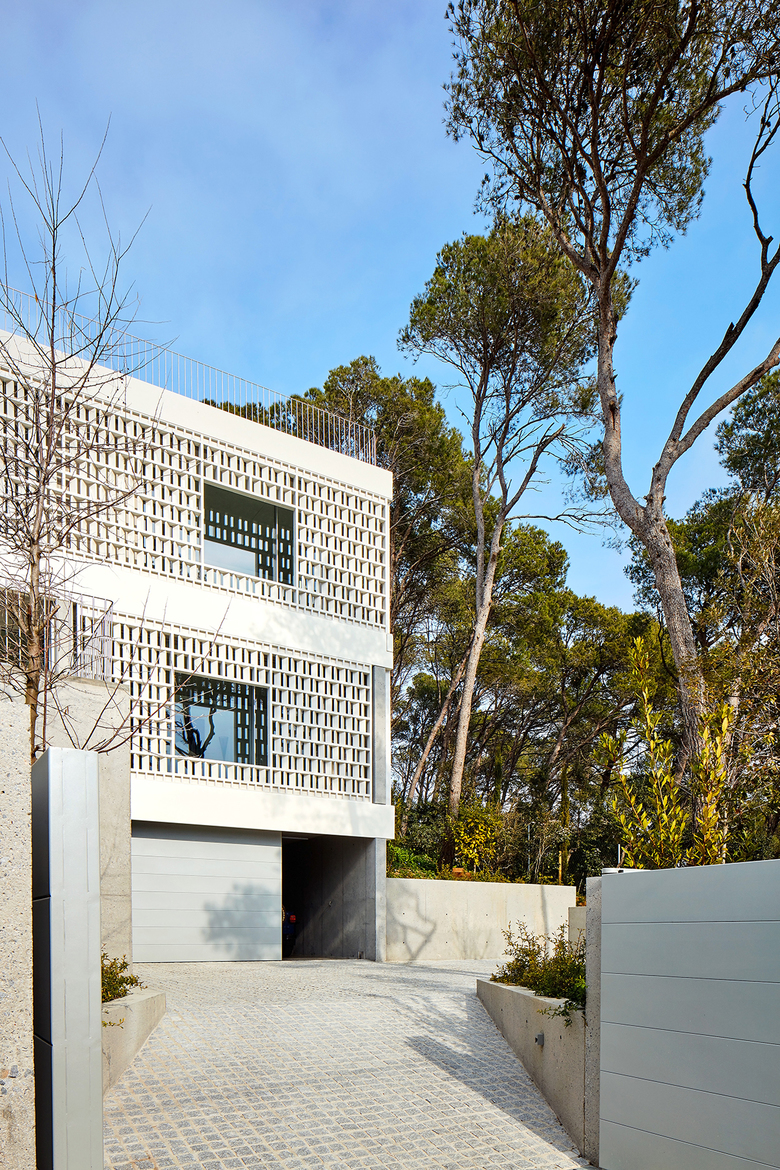 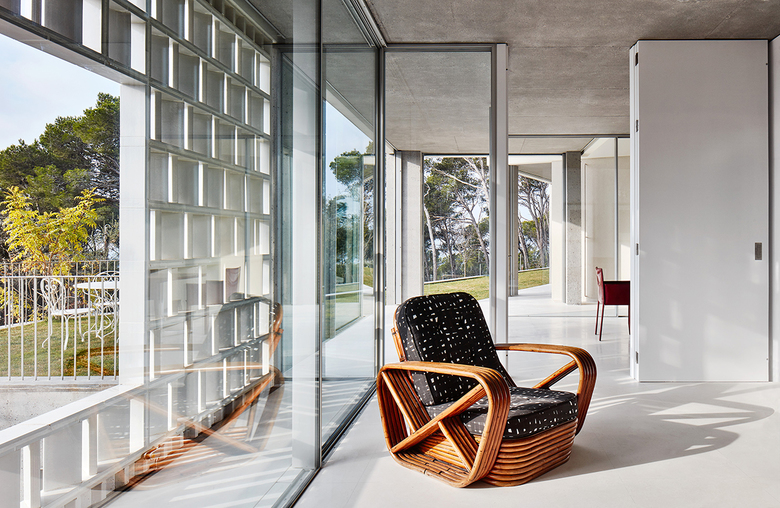 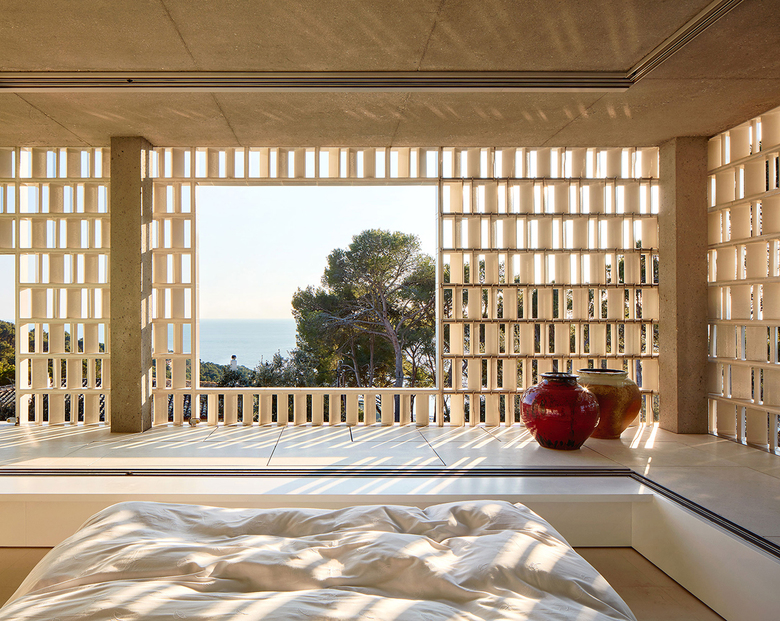 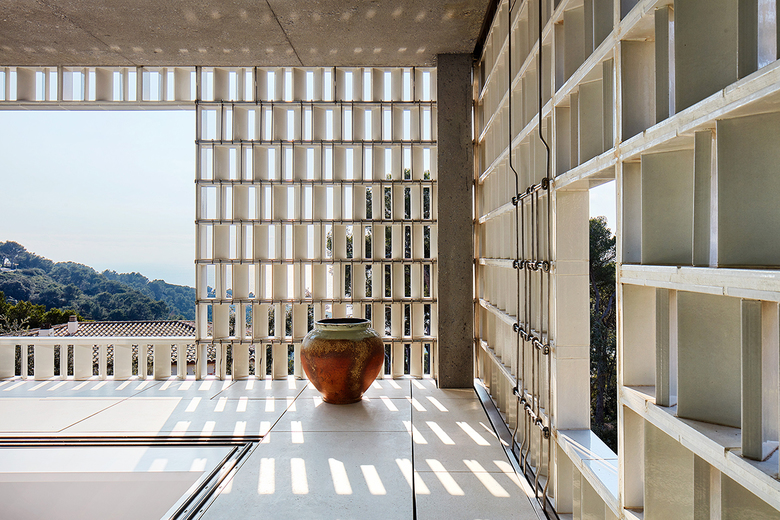 The house is located in the upper reaches of the coastal mountain range of Les Gavarres, a short distance from the Sant Sebastià lighthouse, in a little-urbanized area covered in pines, cork trees, and holm oaks. The plot of land is fan-shaped, slopes steeply down towards the sea, and has oblique views of the cove at Llafranc.

The building is divided into two volumes, the aim being to orient the communal living-rooms towards the sea views and to have the building adapt to the form and topography of the site. The volumes are joined together on their northern side, thereby connecting the interior circulations of the house.

In the rooms in direct contact with the terrain the slim glass windows are set far enough back from the façade to avoid the sun coming in summer and to permit it to do so during the remaining seasons. These rooms are diaphanous, light-filled spaces conducive to family life, and their windows can be fully opened to become enormous porches integrated in the flat area of the garden. An airy outdoor kitchen located in the northern part of the house offers continuity to the indoor kitchen and looks out onto the sea through the living-room.

Entirely glazed, the south-facing rooms on the upper floor are shielded from the sun and provide a filter for the views via a delicate glazed lattice of ceramic that is separate from the glass frames.

The lattice, which in interrupted now and then in order to frame the views of the sea and the port in the distance, is built of simple ceramic floor tiles manufactured by Ceràmica Cumella. Witnessing the production process of the tiles in Cumellas’s atelier, we observed the way they are fabricated in pairs, joined at their reverse side, and how once they have been fired they are separated.

For the vertical units and for the greater stability of the whole it was decided to leave the two units as one, just as they come out of the kiln, so that the glazed finish appears on all four sides. On the other hand, the horizontal units have been separated in order to incorporate a horizontal reinforcement during the process of fabrication.

On the horizontal units we placed a reserve before applying the silica that will vitrify in the kiln, thereby arriving at a design which marks the exact positioning of the vertical units during implementation. The lack of glaze in the point of union between the vertical and horizontal units permits, moreover, the bonding of the two.

Two components of prefabricated white concrete provide a frame for the latticework: the upper component crowns the green roof of the building and the lower one conceals rolling shutters that enable the house to be shut up with complete security. The ensemble is delicately poised on the building’s load-bearing structure of sandblasted in situ concrete.

The house obtained the highest Class A energy rating with an annual energy consumption of 38,42 kWh/m2 and emissions of 6,59 kg of CO2/m2 a year.