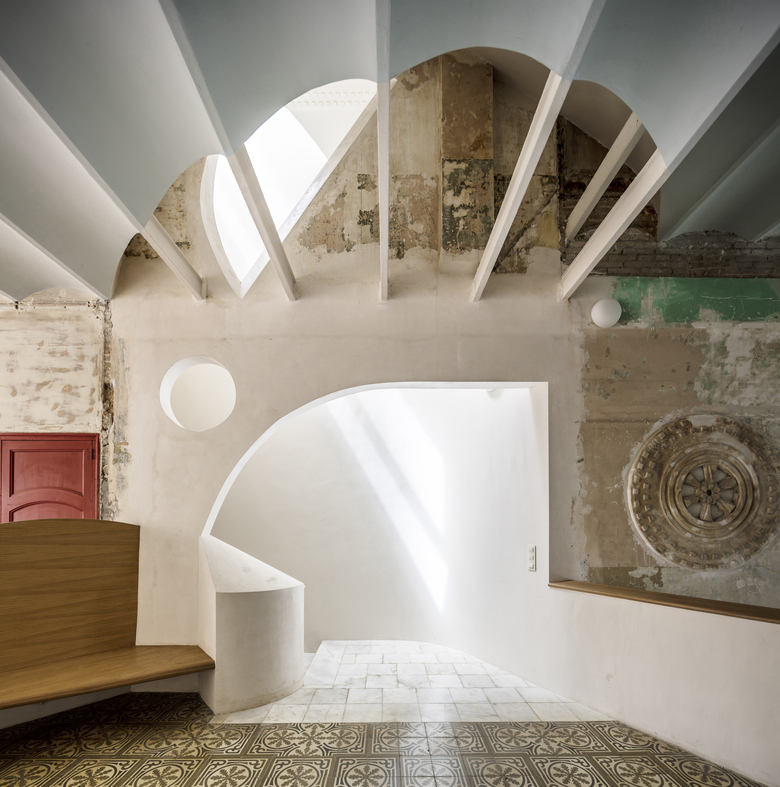 Arrival at the first floor with the lightwell.
Photo © Adrià Goula 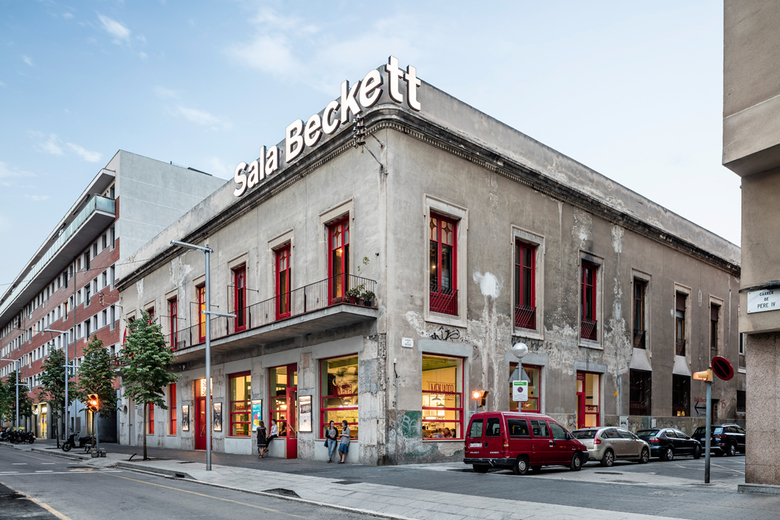 New Sala Beckett. Bar on the corner of the Building open to the neighbourhood.
Photo © Adrià Goula 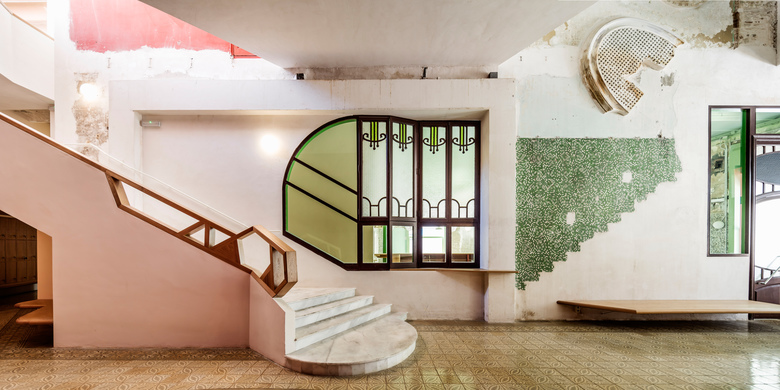 Old and new windows connecting the Bar with the Vestibule.
Image © Adrià Goula 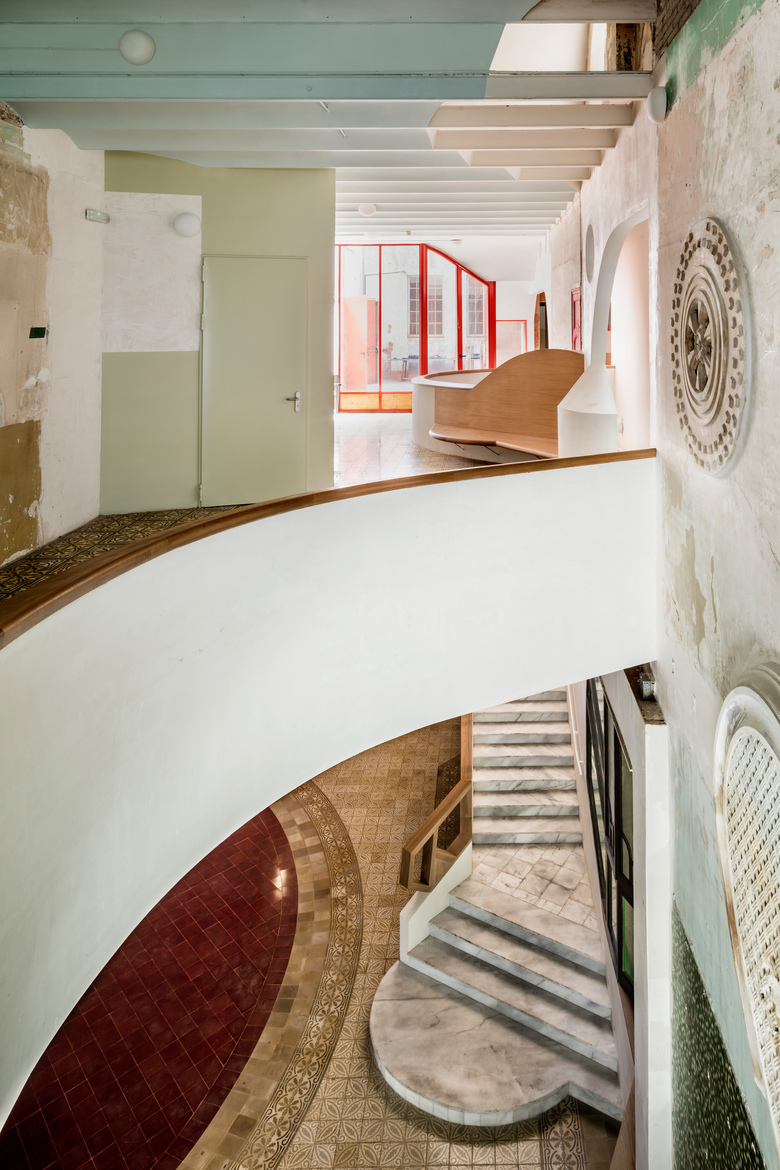 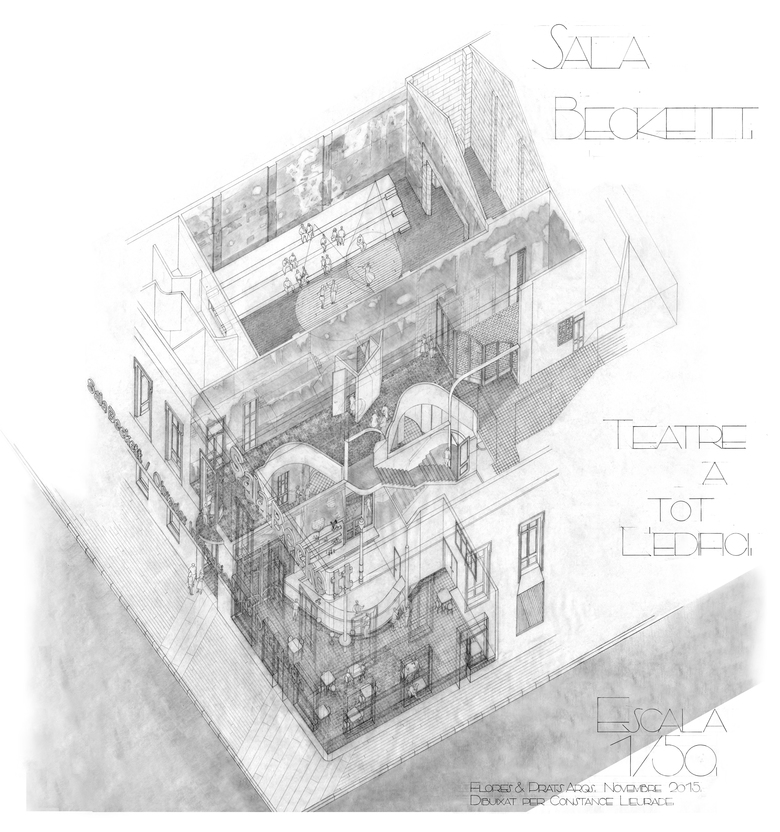 Axonometry of the building, representing the proposal of common spaces with the Bar and the double height Hall.
Dessin © Flores & Prats 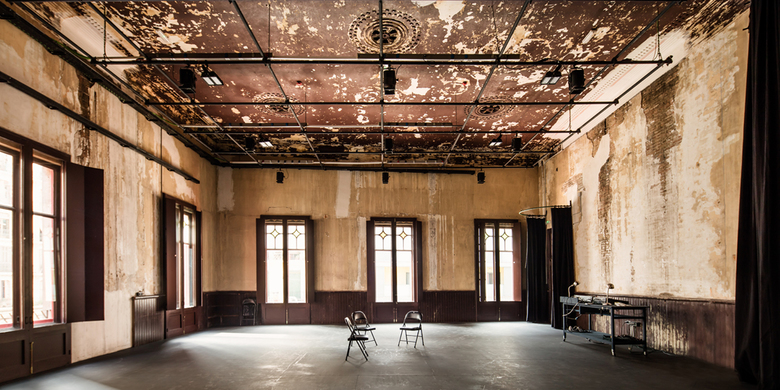 Rehearsal Room of the new Sala Beckett in the former Bar on the first floor.
Photo © Adrià Goula 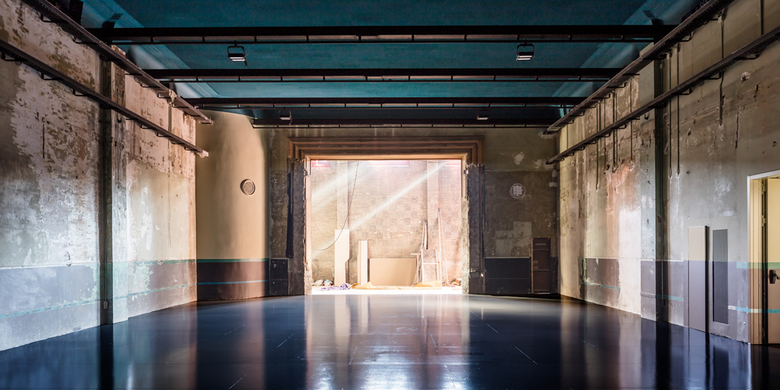 Experimental Exhibition Space, in the former Theatre of the Cooperativa Pau i Justícia.
© Adrià Goula 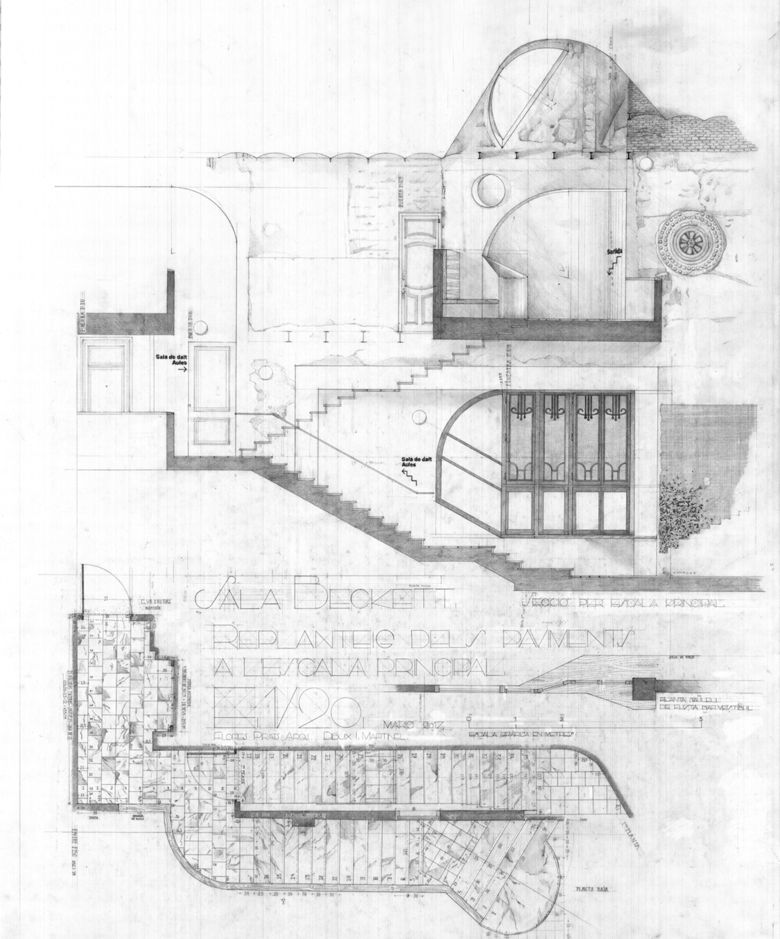 Detailed section of the main staircase with the lightwell.
Dessin © Flores & Prats

The new bar located at the corner of the building.
Photo © Adrià Goula

Longitudinal section through vestibule and the main ground floor Theater, looking towards the Bar and the Rehearsal Room.
Visualisation © Flores & Prats 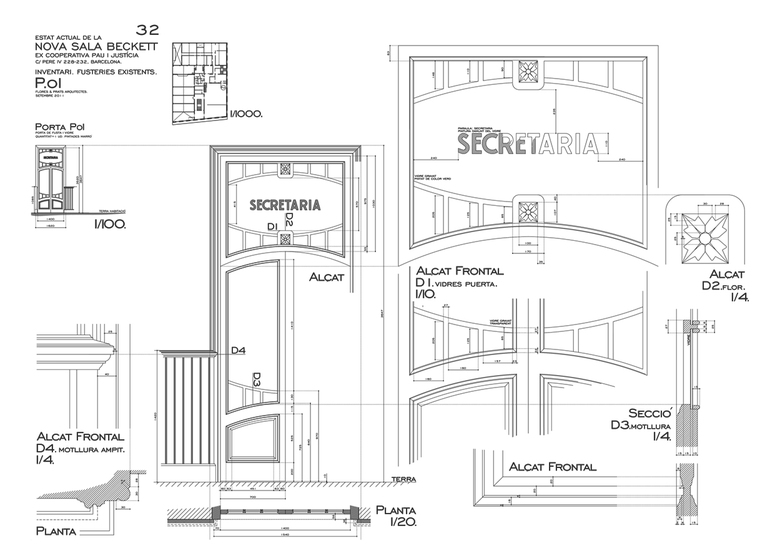 The former Bar on the first floor.
Photo © Adrià Goula Former gym on the ground floor, in an abandoned state at the time of the competition.
Photo © Adrià Goula

Visiting the abandoned building of the old Cooperativa Paz y Justicia for the competition of the new Sala Beckett was like entering a time tunnel, taking us back to the moment where it was used as a meeting place, small theatre, public house and a place for gatherings and parties. A large majority of the decoration was still preserved in its walls, roof and floors, which helped us to understand the different occupations that once took place; flooring in hydraulic mosaic, doors and carpentry in wood with coloured glass, frames and rosettes in the rooms... defined large spaces, unusual for Barcelona were it not for its location in a part of the city with an industrial past, where the majority of buildings are warehouses and factories. The dimension and structure of this cooperative were also that of an industrial warehouse, however it was the decoration which converted this space into one for festivities. Despite being abandoned, we found a building whose walls were still loaded with history and emotions that the project could therefore incorporate, recovering for the new Sala Beckett a building that was present in the collective social memory of this neighbourhood, thus maintaining its spirit, its vast collection of memories lodged in its spaces, so that it reintegrated naturally into its cultural dynamics and that the neighbours, many of whom had been members of the cooperative, could recognise themselves in it.