Paths that life does not erase 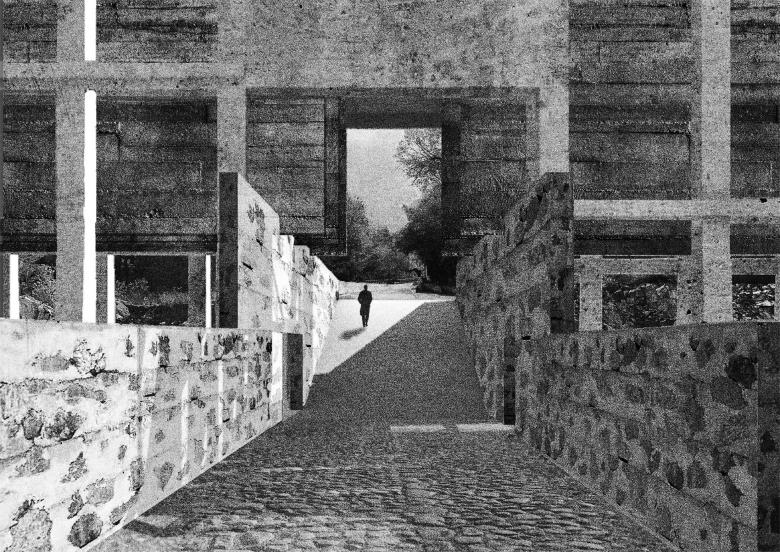 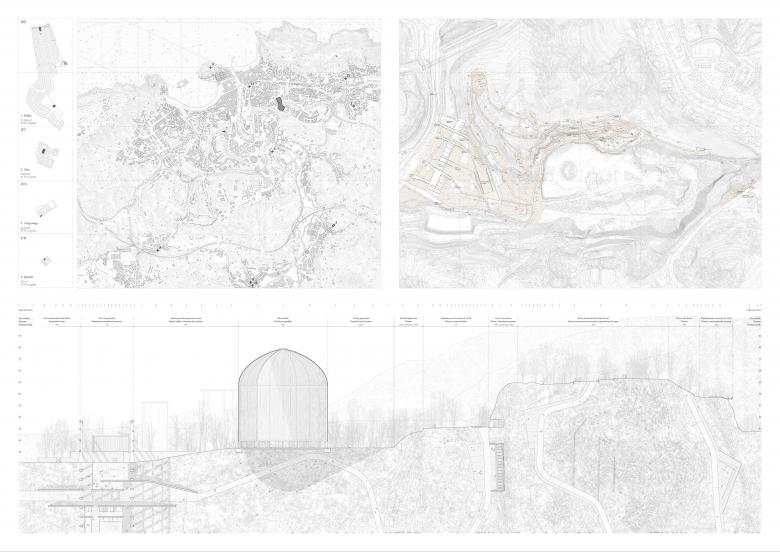 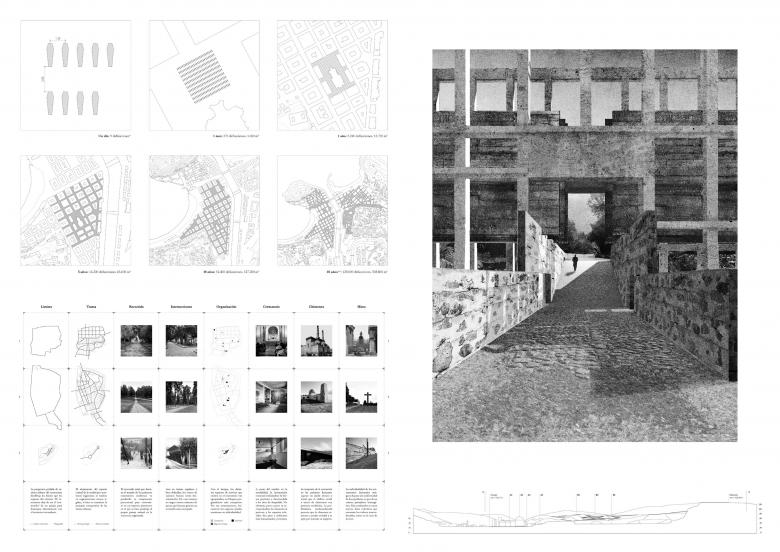 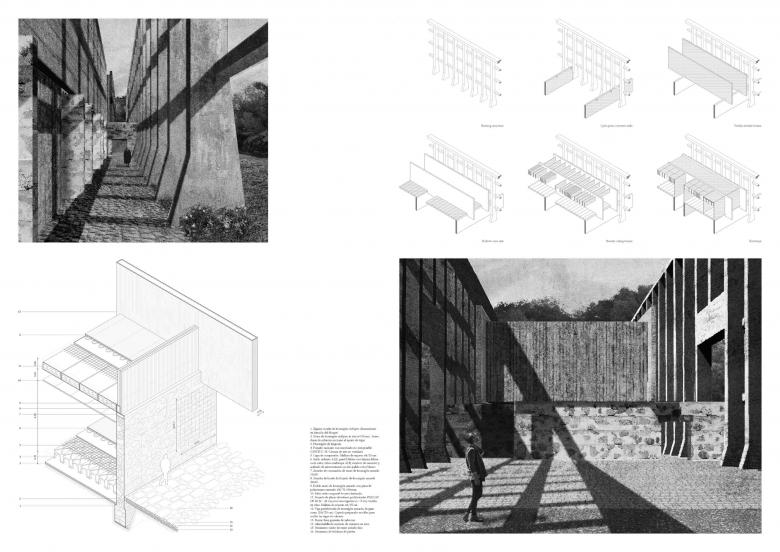 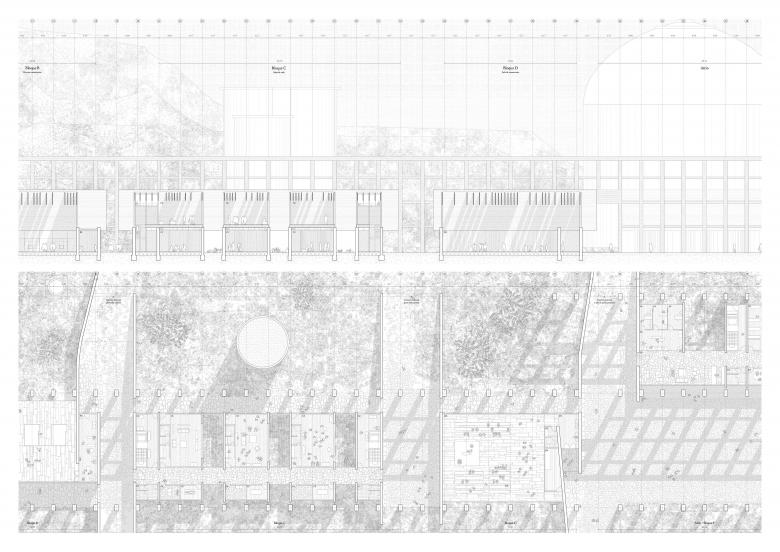 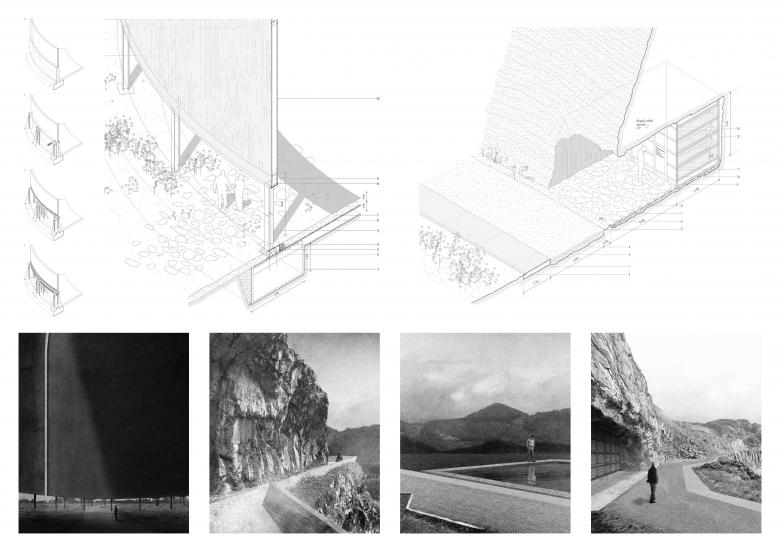 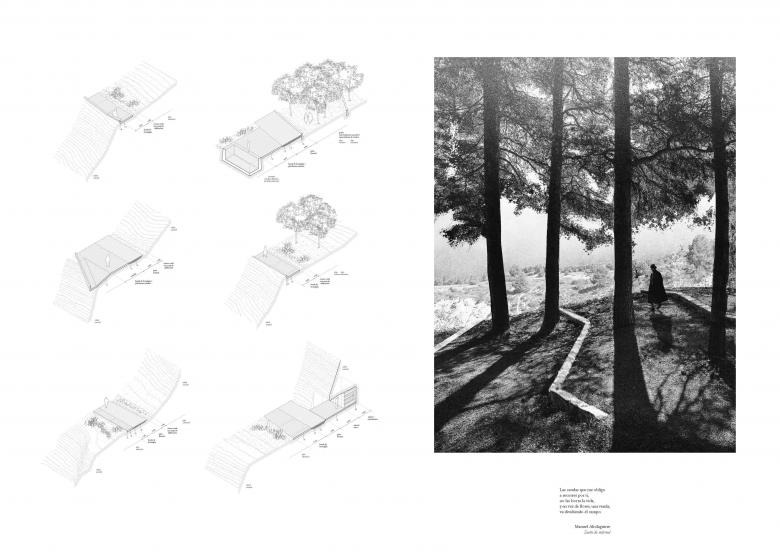 Conversion of a factory into a cemetery

Routine procedures currently deprive final moments of significance, deteriorating mourning customs, so the proposal envisions a new place to bid farewell to a beloved person. As traditional andabidea, ritual pathways from Basque folklore, a set of trails knits a cemetery along a vast territory and closely bonds ceremonies with the northern nature.

Once a vibrant centre that revitalised the periphery of San Sebastián, the Rezola cement plant has now closed down. Unrelenting urban pressure has forced the industrial power to abandon a venue with poor growth prospects, leaving behind a built legacy deeply rooted in the neighbours’ memory, that should be preserved. The cemetery also represents a historical unresolved problem of the Basque city, permanently constrained by its orography. Besides, there is a significant mismatch between the current programmatic structure of a cemetery and the prevailing mindset of society, which compels to redefine how these spaces can bring a transcendent dimension again to people’s lives.

As grief and remembrance of beloved ones do not follow a linear itinerary, the proposed cemetery comprises numerous paths, as many as responses to loss. In all of them, the certainty of a familiar environment is abandoned to penetrate the unknown, the captivating landscape of our memory. A route is laid along the abandoned productive infrastructure, leading upwards from the factory compound at the side of a road to a deserted marl quarry. Along the paths, architecture appears and disappears amid the natural setting, giving support to the mourning processes. The huge industrial mass has vanished, and only the concrete structures that could not be disassembled remain. Large gravel silos and the skeleton of a cement warehouse avert, at least metaphorically, the absence of the neighbourhood’s focal point. Cyclopean concrete walls made from the quarry stone allow the visitor to start their journey intuitively, traversing the exposed frame. The cemetery facilities, concealed behind the original structure, do not interrupt the crossing paths. Large slender beams rest on the cyclopean walls, giving shape to the ancillary pavilions. Within, indoor and outdoor spaces blend to provide comfort and serenity to mourners. The route continues and subtly leaves the plain, ascending towards the quarry. On the way, a voluminous dome silo is altered by two slits which bring light and surrounding views to the inside, characterising the void space. Opposed to the clear direction followed earlier, along the quarry the paths bend and fork, seeking gentle slopes that soften the abrupt topography. Barely noticeable, a concrete band alongside the trails reveals shifting positions and creates seats or platforms pursuing the views far away. In here, each person finds its place of repose, from traditional burials at the base of a cliff to ash scattering in reforested terraces. Attitude towards death has changed, and inevitably, also the way of perpetuating memory. The cemetery welcomes all intimate decisions, and the paths help to further discern how nature, life and architecture are indissolubly connected.