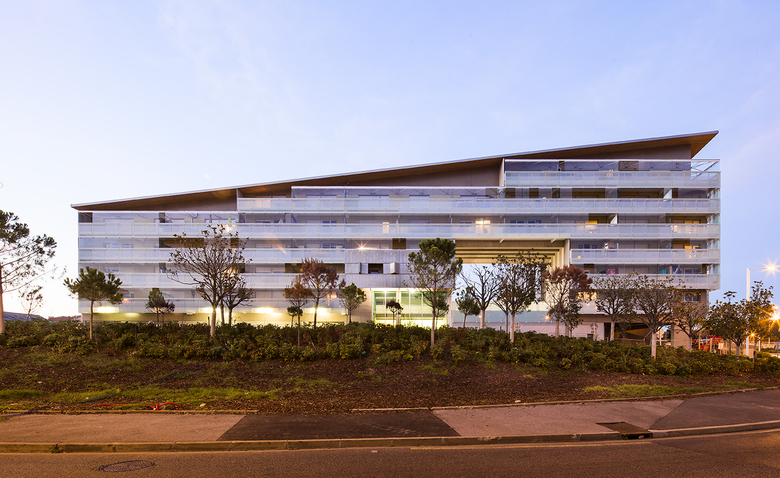 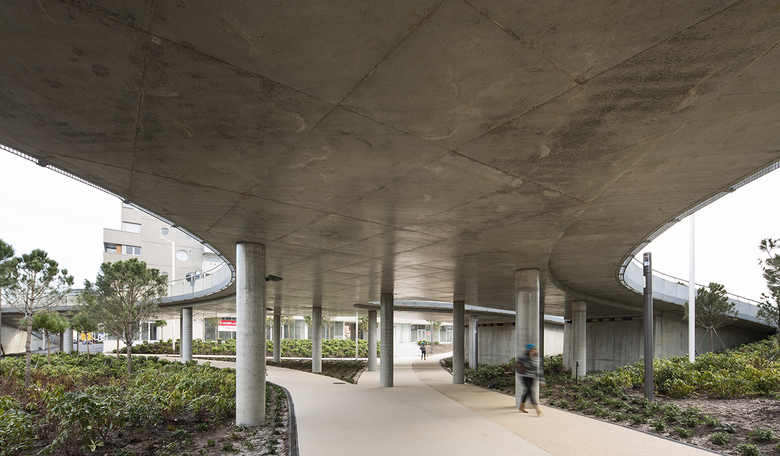 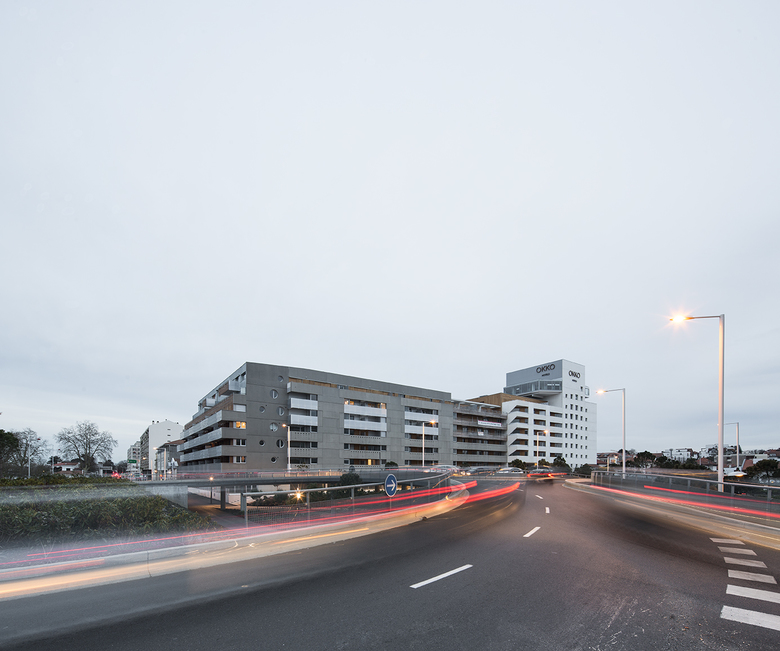 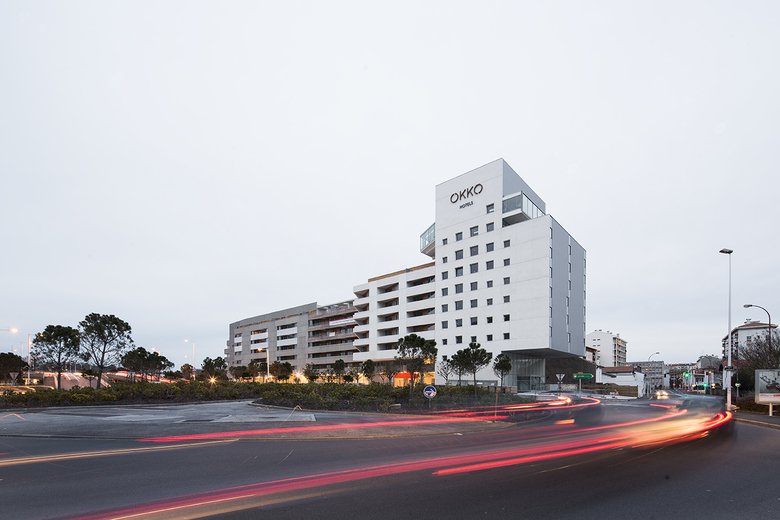 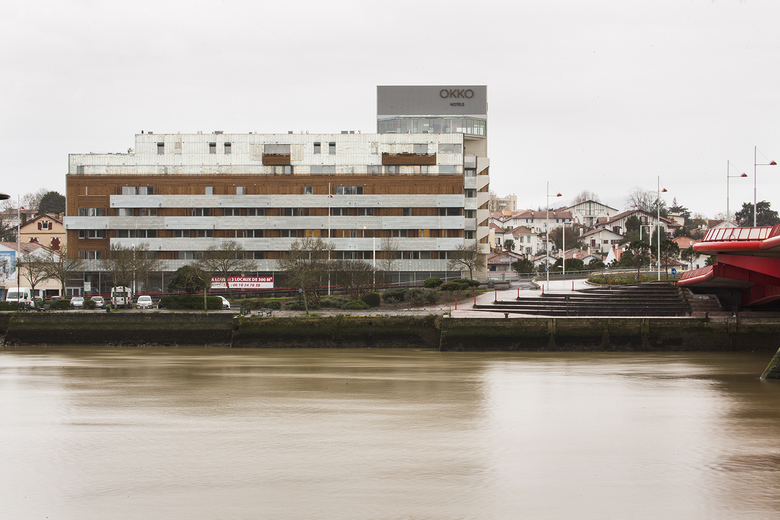 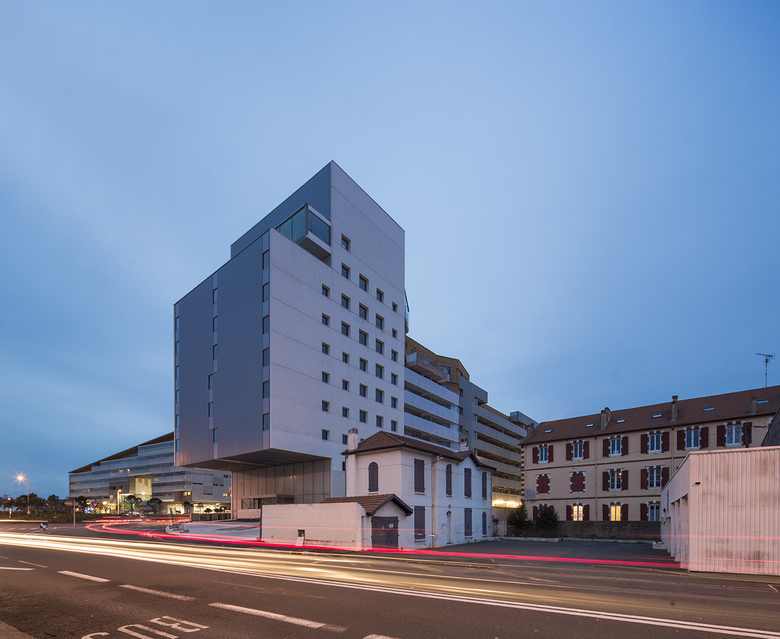 Three interventions make up the proposal.

1. Marinadour. A dense complex of dwellings on top of a podium of shops and car parks.

2. The Park generated by reorganizing circulation and segregating the traffic above from pedestrians, with the massive presence of vegetation between the footpaths.

3. Rivadour. A continuous urban block that follows the river before breaking off towards the city. Permeable on the ground floor.

In 1, Marinadour, the volume is protagonist. The way it is sculpted and emptied out.

The Marinadour complex, which represents the organization of a considerable urban density and a mixed programme: a car park and shopping mall form the plinth base, with dwellings built on the great platform created.

This is a complex volume. Large landscaped courtyards produce empty spaces in the built mass that allow lighting and ventilation of the interior.

The perimeter adapts to the spatial and contextual conditions:

The south and east façades, most exposed to traffic, are protected from noise by a double glazed cladding that creates a conservatory terrace with high energy quality. Its sloping cornice offers the built mass an added dynamism, accompanying traffic that runs tangential to the building.

Where it faces west, the volume is broken down, and its envelopes are reflecting metal: this is where we let light and air into the courtyard.

Towards the river (to the north), the horizontal of the terraces follows the geometry of the water.

In 2, the Park, the ground is the protagonist. Vegetation, transparency, public space, pedestrian connectivity.

Reorganization of circulation around the approach to Henri Grenet bridge, building a viaduct to enable pedestrians to cross below and transform the area into a space that is truly urban, not just for cars. Massive presence of vegetation as backdrop to the scene.

In 3, Rivadour, it is a line that we had to build.

The Rivadour complex closes the urban space. It is a continuous block that follows the river before breaking off towards the city. At its end, it rises up to accommodate a hotel.

This continuous line forms the limit between the park and the approach to the bridge, and dialogues with the existing urban complex at a smaller scale. The permeable ground floor guarantees pedestrian continuity through the new urban space.