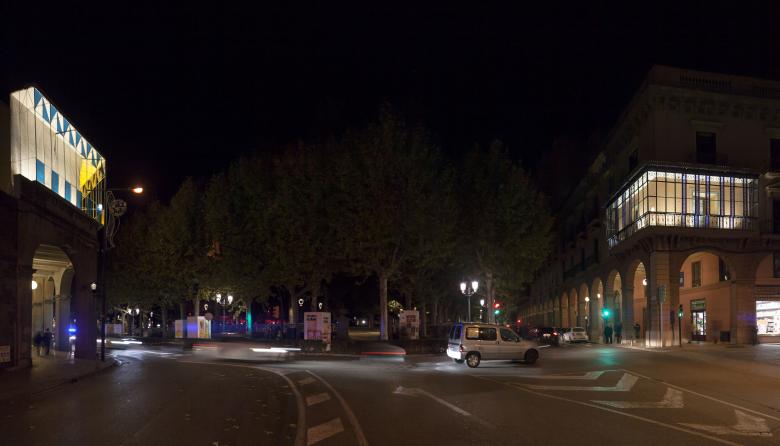 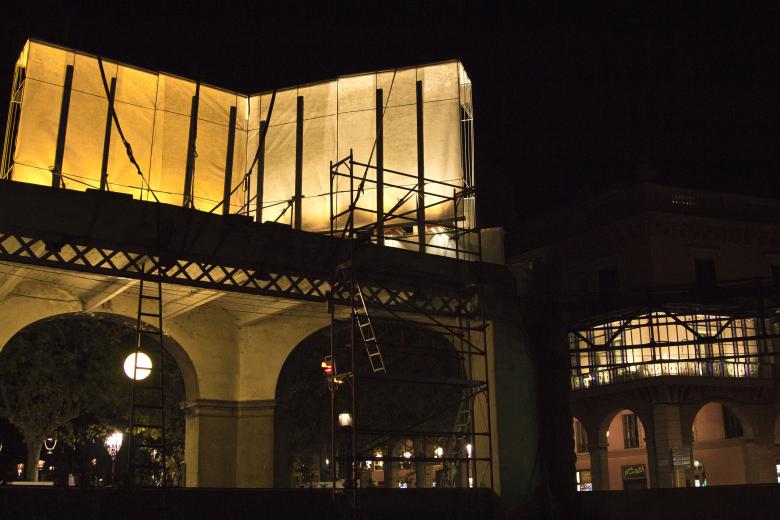 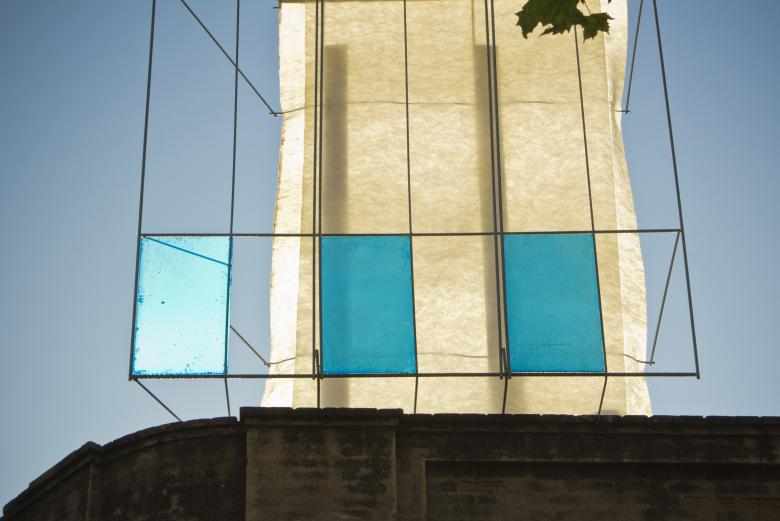 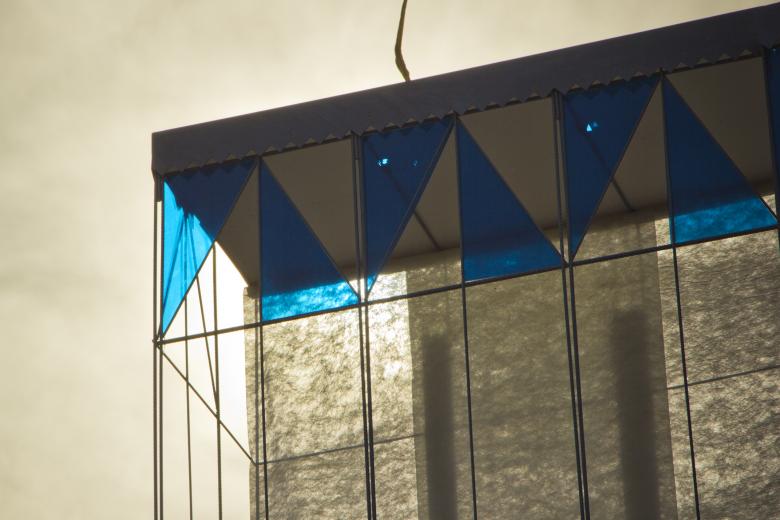 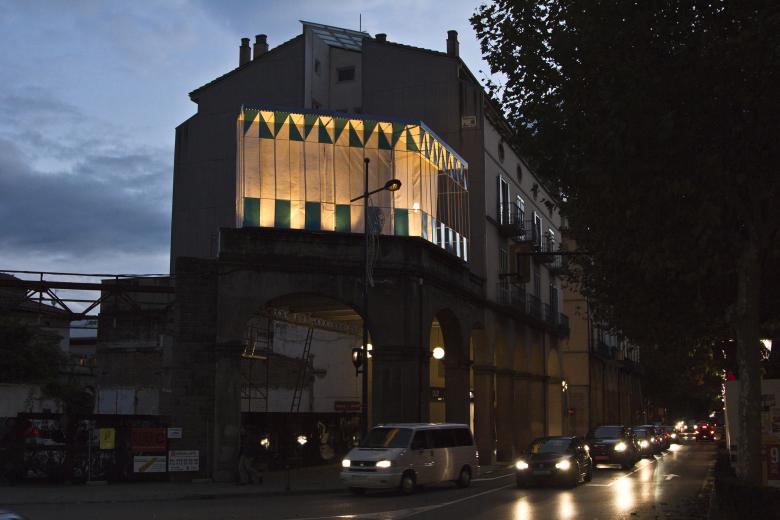 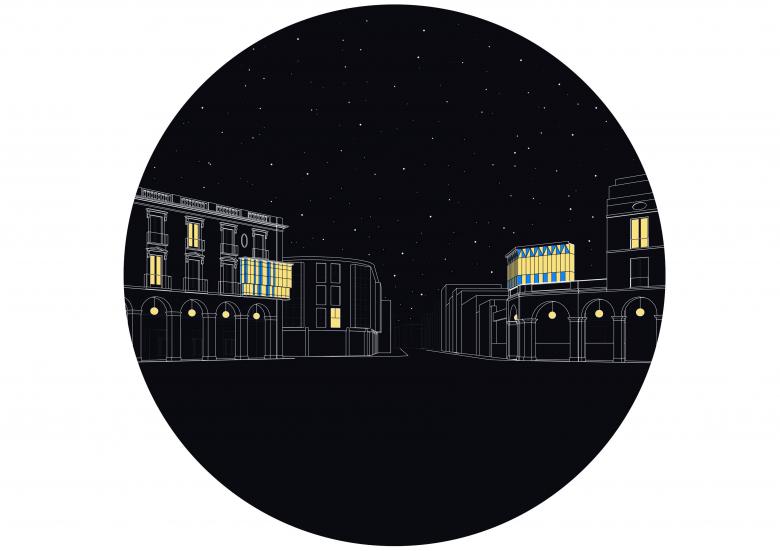 When the house illuminates the street.
With Xavier Monteys Roig

The city is made up of houses, but we could also say that it is made of windows, especially at night. Windows on corners are resoundingly unique, as they add to the shaping of exceptional public spaces and imbue urban streetscapes with a shining beauty. The piece made for the 2014 Lluèrnia Festival was based on these premises. This single piece with a Neoclassical inspiration was installed on one of the corners of Plaça Clarà, in Olot, a rectangular square surrounded by arcades.

If there is one singular fact about corners, it would clearly be the architectural difficulty of their composition and construction solution. However, there is another and perhaps more interesting fact that affects city corners: corners form pairs. Corner is synonymous with pair, but not the two streets that intersect there, but the pair of buildings that give it meaning.

The city's transformation has made this corner into an incomplete pair. The role of the constructed piece is to reconstruct the pair, at least at night. The false bay window built over the arches onto the square, on a plot once occupied by a petrol station, aims to echo and complement, without replicating, the bay window on the other side. It is built with four factory-finished rounded steel cages. Added to the work, they have the same size as the other and several decorative features help strengthen the relationship, as well as the light itself. For a few hours the corner was complete.

Two houses in one