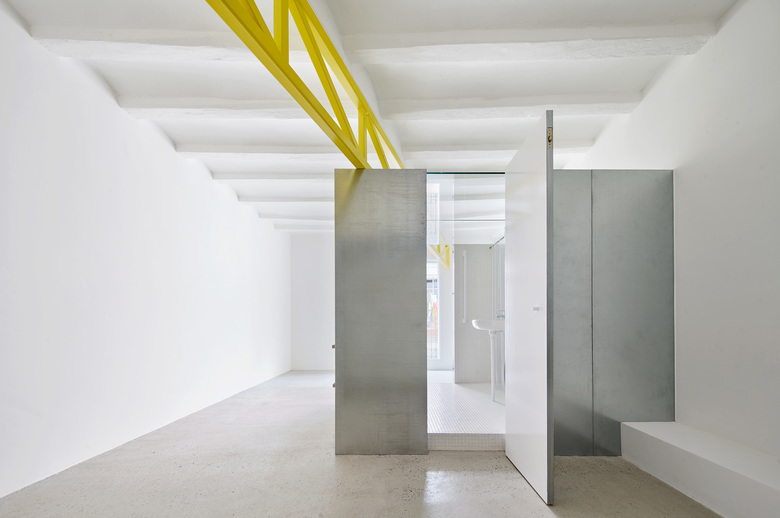 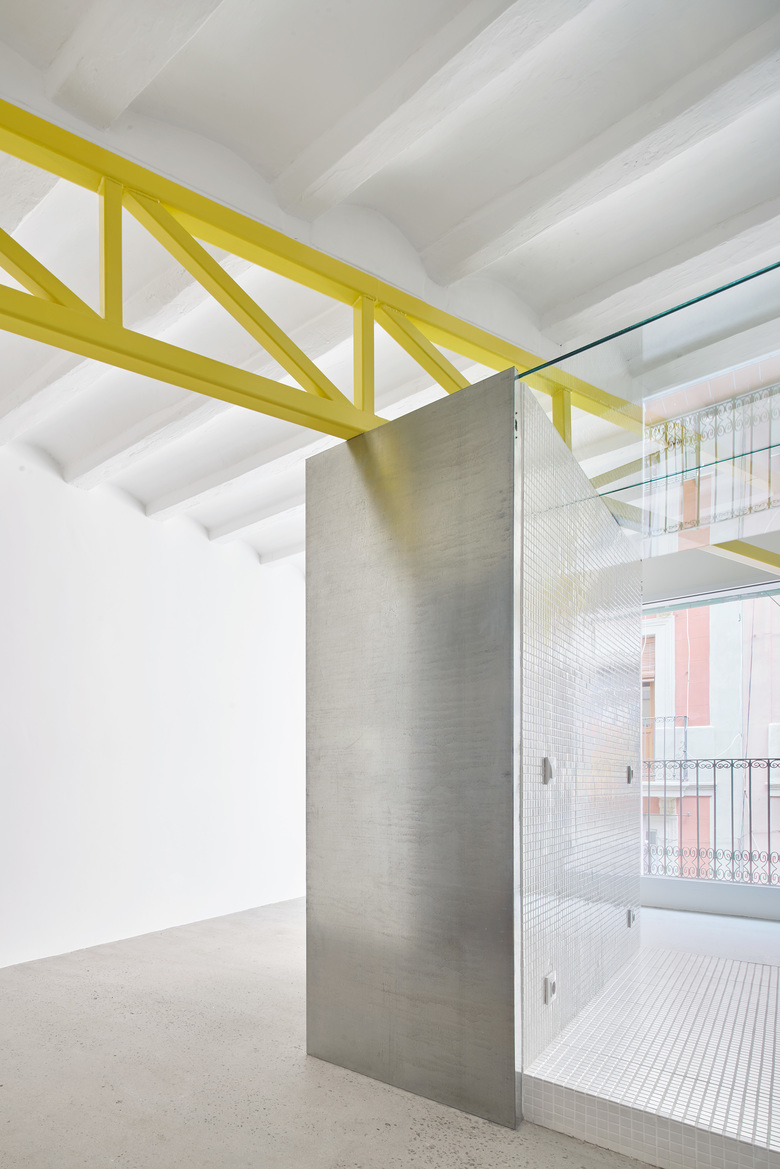 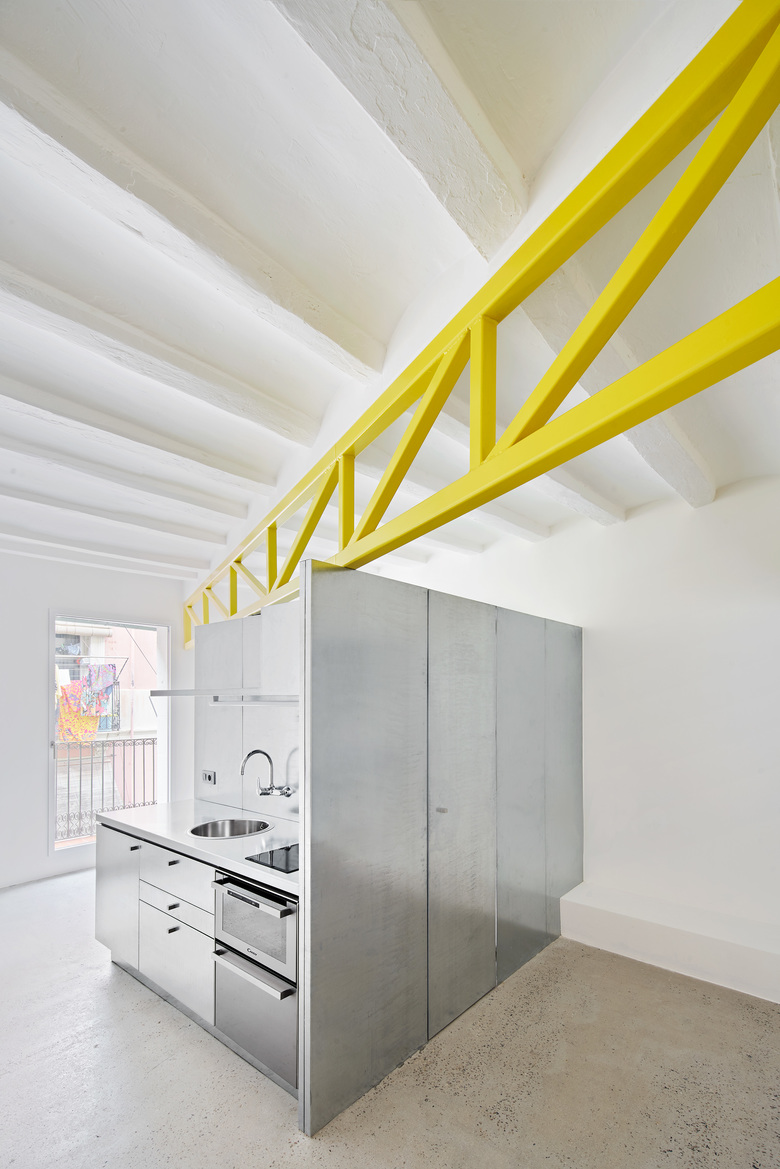 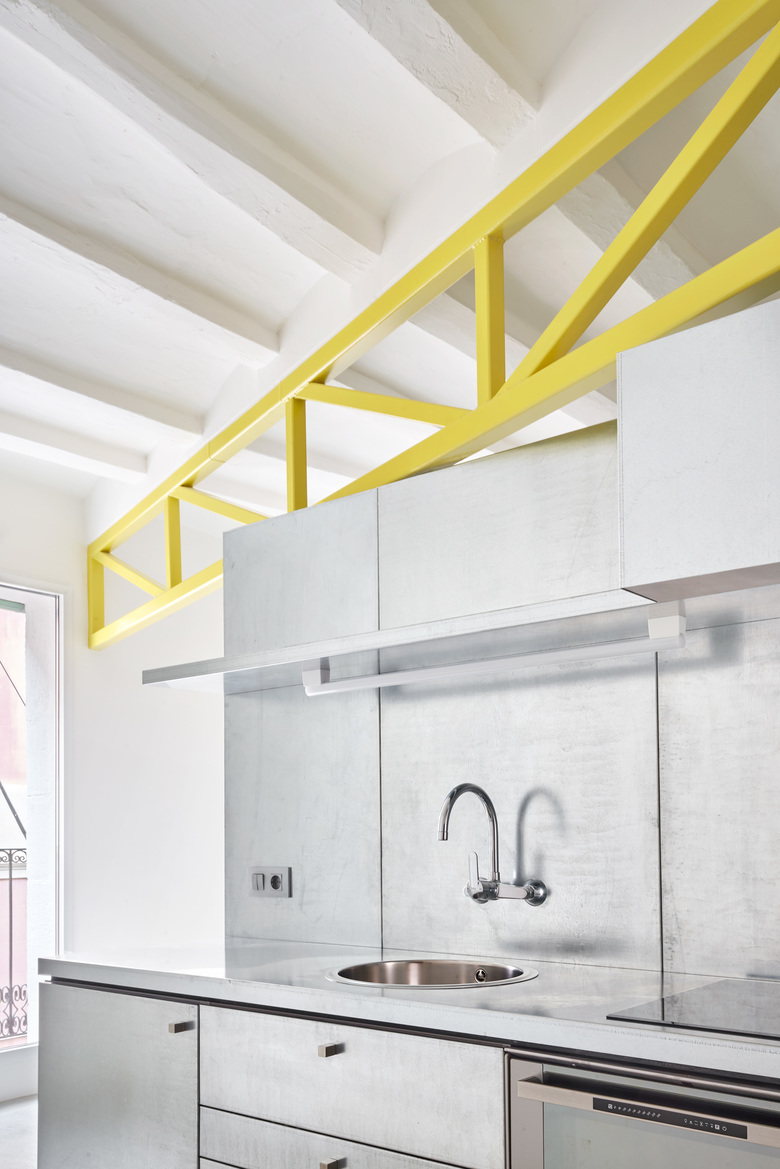 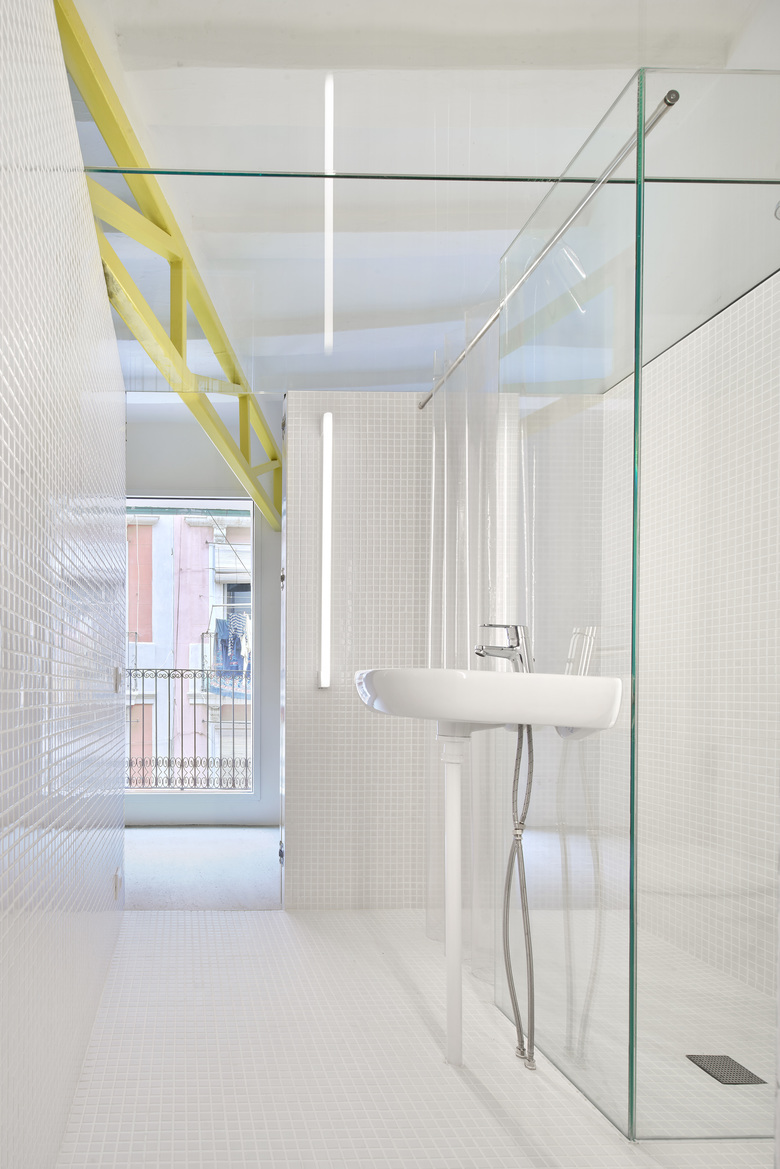 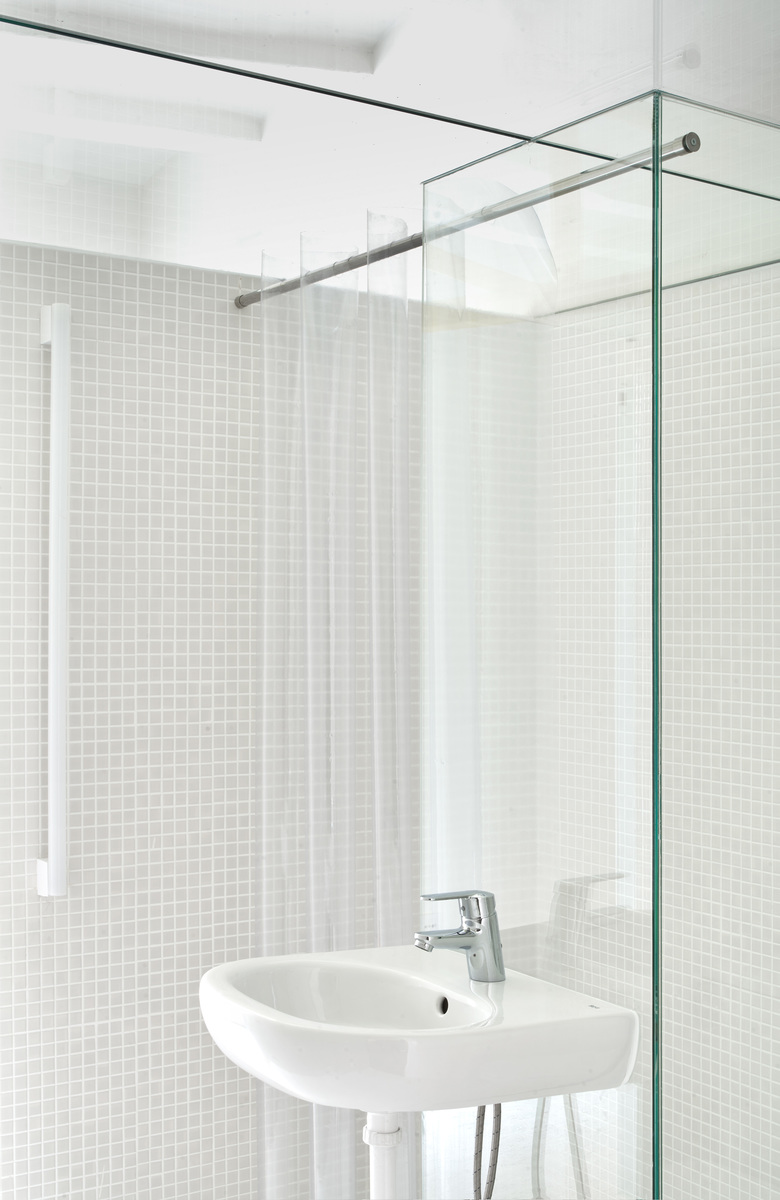 What is the role of the structure in interior design?

The owners of a building, which predates 1900, in which Francisco Ibáñez could have been inspired, commissioned us to perform a structural intervention in one of the apartments.

With only two points of support, given the poor state of the building, a Pratt truss appears to be the best solution to solve this “mess”. The reinforcement marks the height of a central piece and serves to organize two rooms, a living room/kitchen and a bathroom. Needing to connect the façade with the core and due to the proportion of the apartment, the diagonal appeared to be the best option to give hierarchy to the different uses.

The resulting space between the central piece and the floor allows natural lighting and ventilation to reach the rooms.