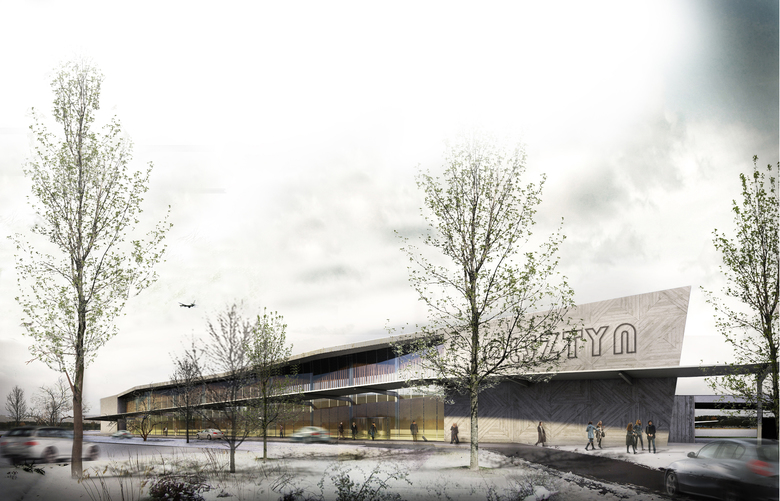 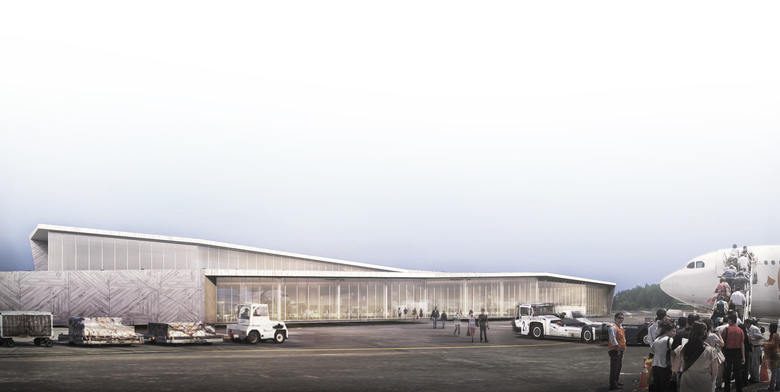 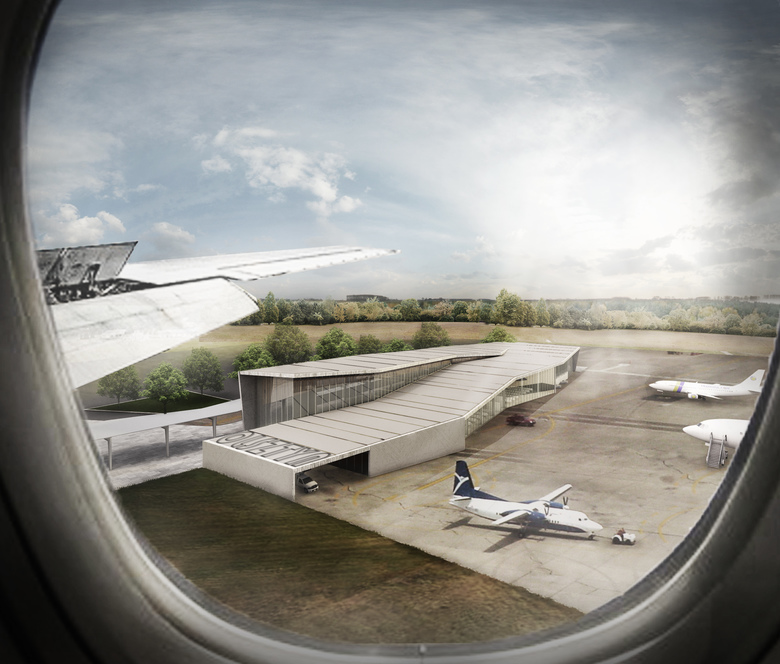 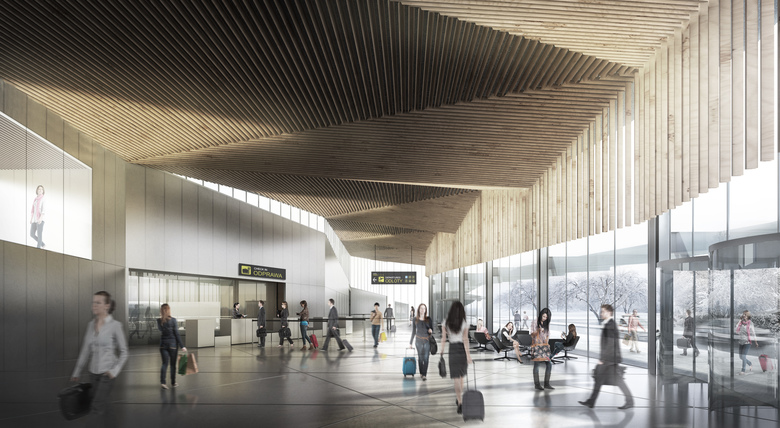 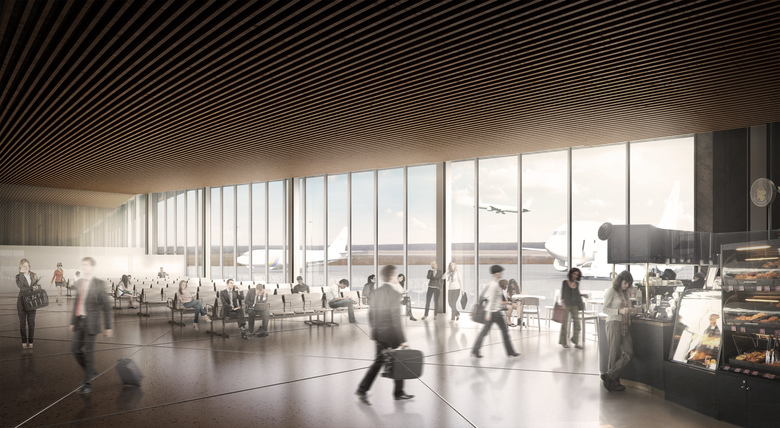 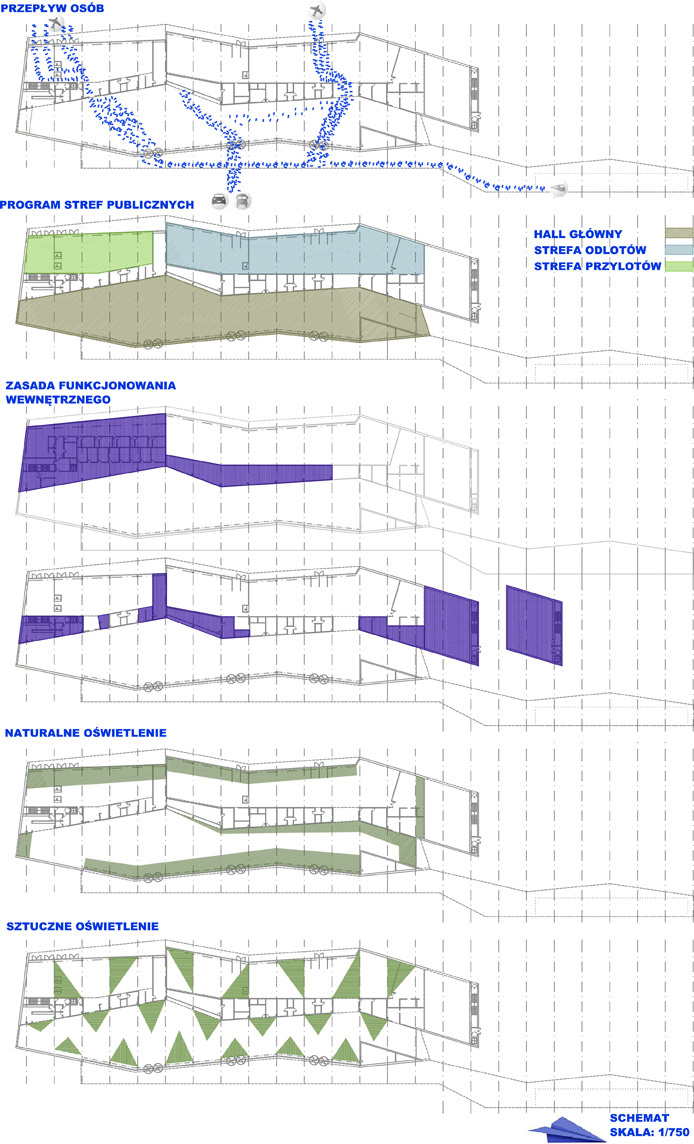 The Olsztyn-Masuria airport is cleanly, simply and clearly designed into the friendly wooded landscape that surrounds it; more akin to an old airfield than the modern idea of an airport. The terminal building requires a sensitive approach: an effort of integration, rather than a show of force of technology.
No current airport building can be understood without addressing the mechanics of the movements and flows of people and baggage. But perhaps the attention given to the location and the intelligibility of the building, aside from just its mechanics, are what good design can offer to an airport terminal like the one that is being proposed in this competition.
We propose a building that allows passengers to have their own space; a space which can become their own for a moment. A building which makes a show of the nature where it is inserted, and that retrieves and transmits the calm of its surroundings, beyond the urgency of the boarding or baggage collection sequences.
We therefore propose, primarily, a volumetric and formal response to the site, followed by the buildings functional requirements.
The form of the terminal roof imitates the natural lines of the landscape, which folds up upon itself following the loop of passengers' journey. From that upward movement, an intermediate façade is generated that captures natural light and opens up to the sky, which also separates the access and check-in areas as well as the departure and arrival zones.

A Complex of 459 Social Houses and Offices, UA13