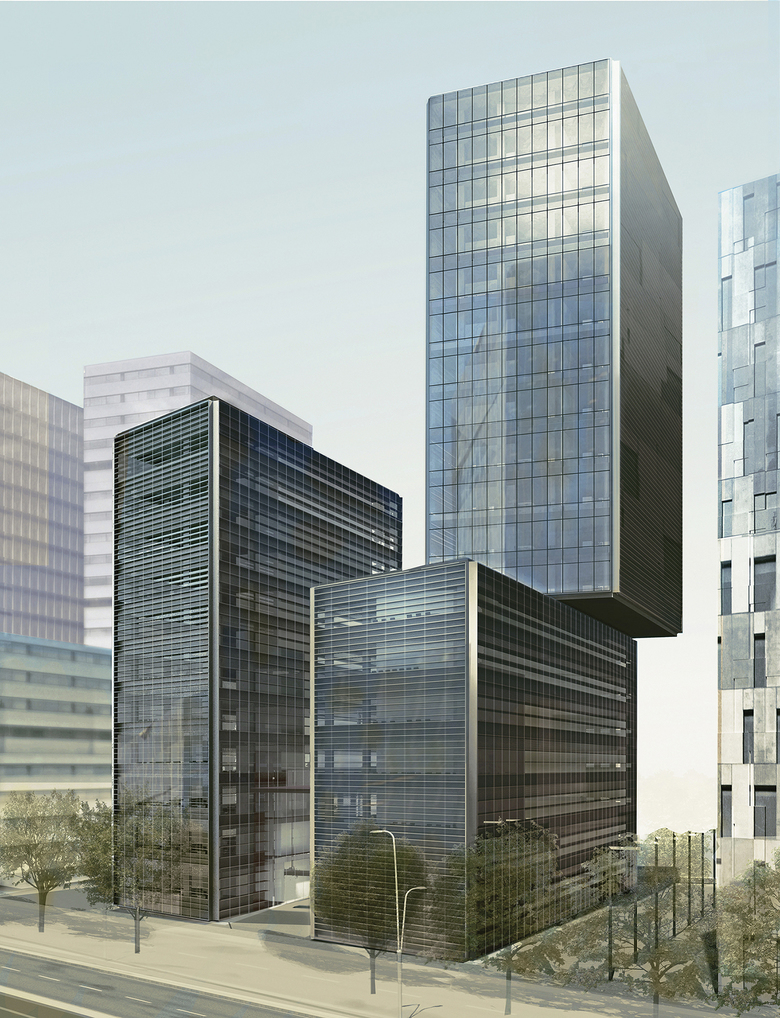 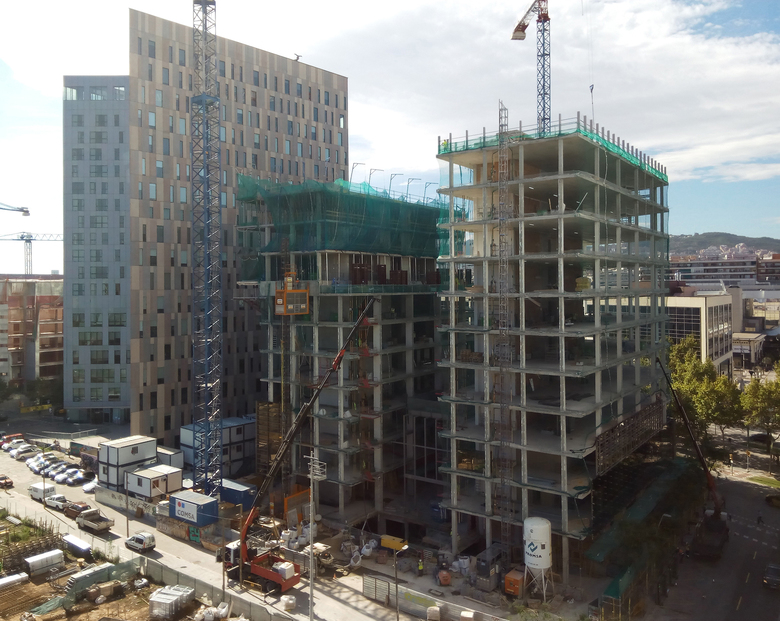 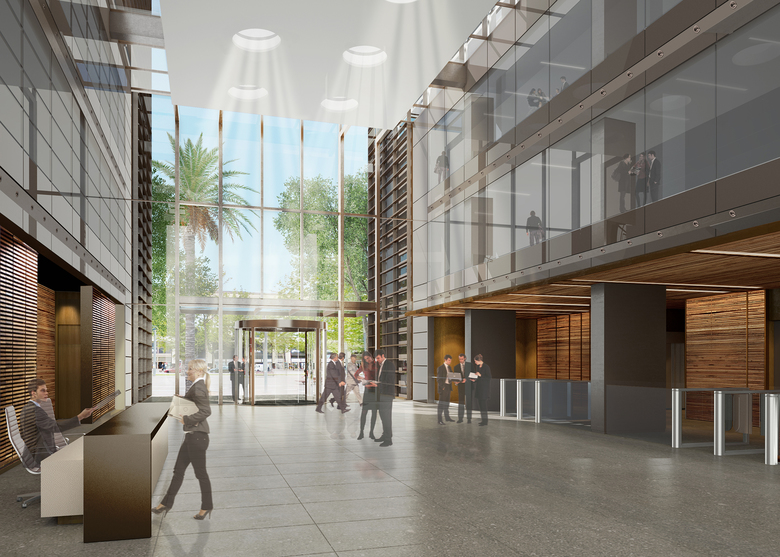 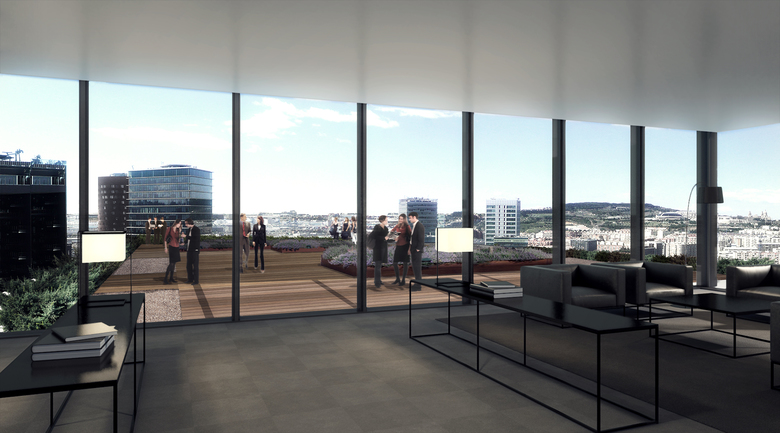 The main idea behind the project concept focusses on showing a recognizable image of corporate Headquarters while providing interior privacy at the same time. To achieve this, the façade turns into a filter made of an aluminium mesh overlaying the reflective surface of the glass itself. The result is a rhythmic metallic structure that envelopes the building and provides both solar protection and privacy.

The building is divided into two towers and rises 72 metres, being able to hold more than 1000 people. The interstitial space between both towers, shapes an atrium defined as an enclosed lightwell, with glazing either in the roof and in the façade, resulting in a space mainly used for access the building but flexible enough to hold an event and establish the relationships between the varied existing activities inside the building.

The building conforms to the rigorous standards set by the U.S. Green Building Council, aiming to achieve a LEED GOLD certification, which in terms of consumption means an important decrease, saving up to 30% compared to that of conventional high-rises.