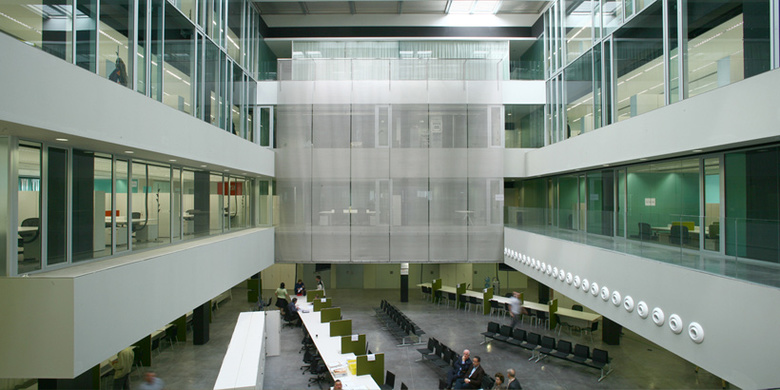 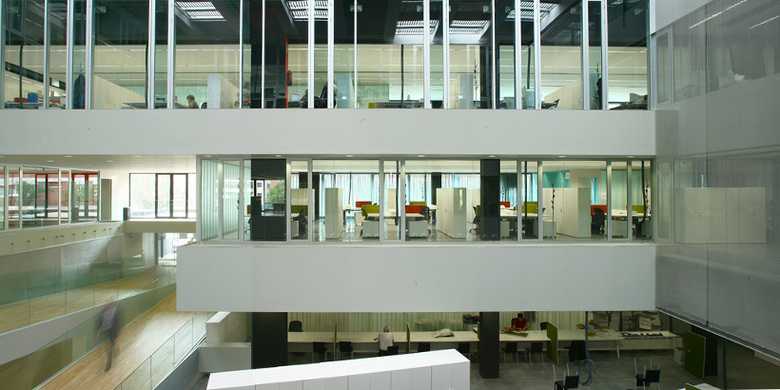 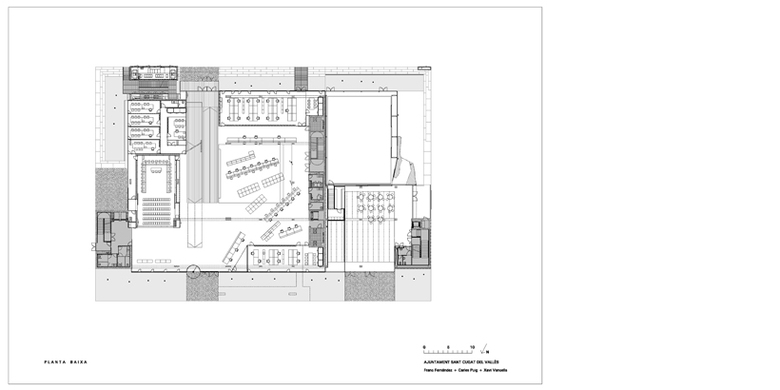 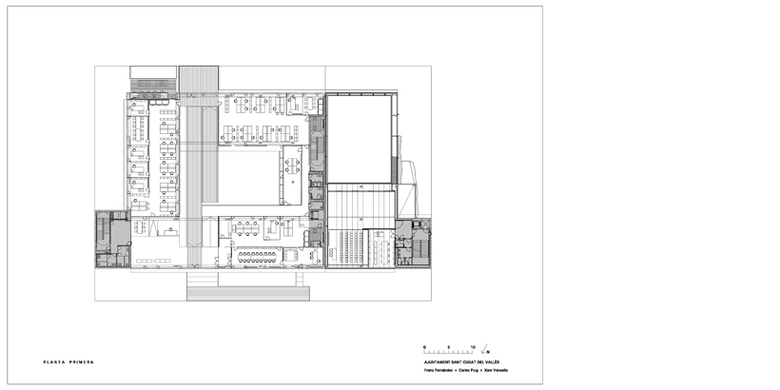 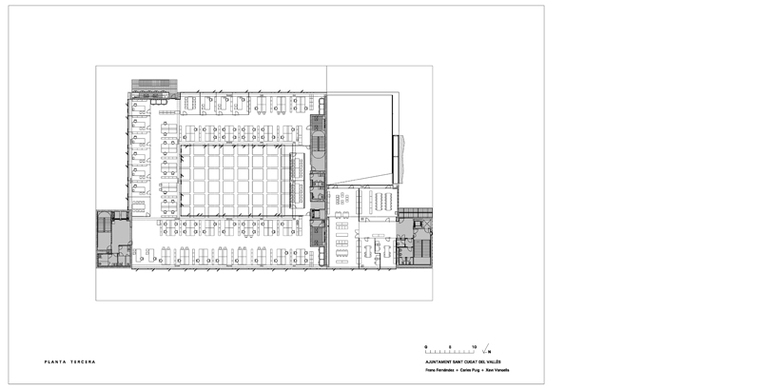 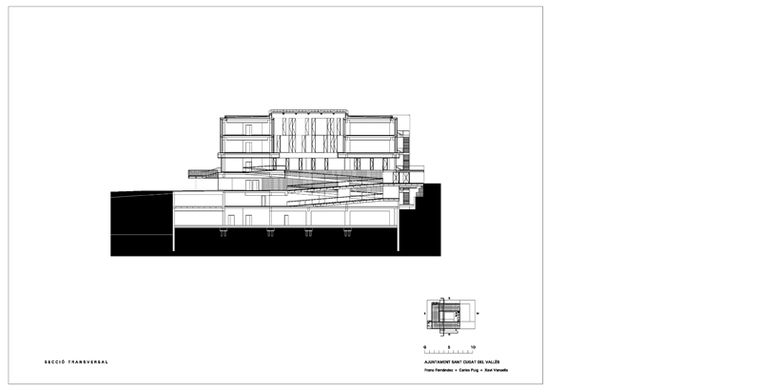 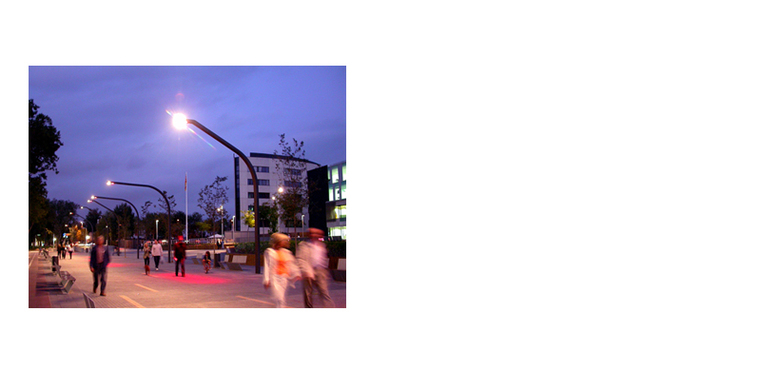 The project was developed with the intention of bestowing the building with the maximum intensity of use, with a maximum permeability and transparency on the ground floor, where the direct contact with the surrounding public space is established in such a way that the latter is extended into the interior of the building.

The building is organised around an interior patio and it is surrounded in its turn by an outer perimeter of greenery made up of birch trees, which act as a kind of brise-soleil of varying intensity, depending on the season. This space makes it possible to interiorise the work areas and expose all the rooms to controlled ventilation and sunlight, permitting significant savings in energy and reducing the costs of temperature regulation.

A journey by RAMP articulates the various successive parts of the specific programme (30% vs 70% generic administrative programme), emphasising its qualities of representativity. The ramp becomes a veritable sloping street that crosses the building, generating a dynamic sequence of spaces that successively links the entrance hall, debating chamber, public service hall, direct access to the street to the rear, mayor’s amenities and, finally, the City Hall’s balcony, its most emblematic element, with an emphasis on its status as the frontier between the square and the building.