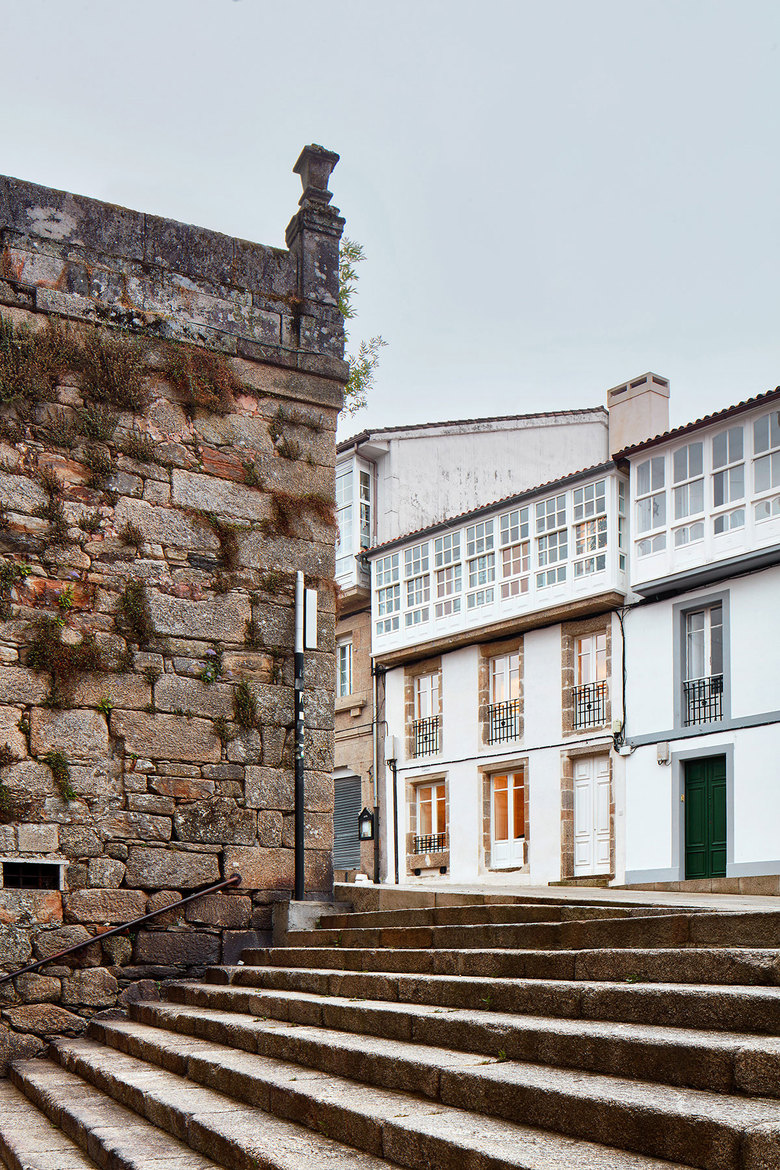 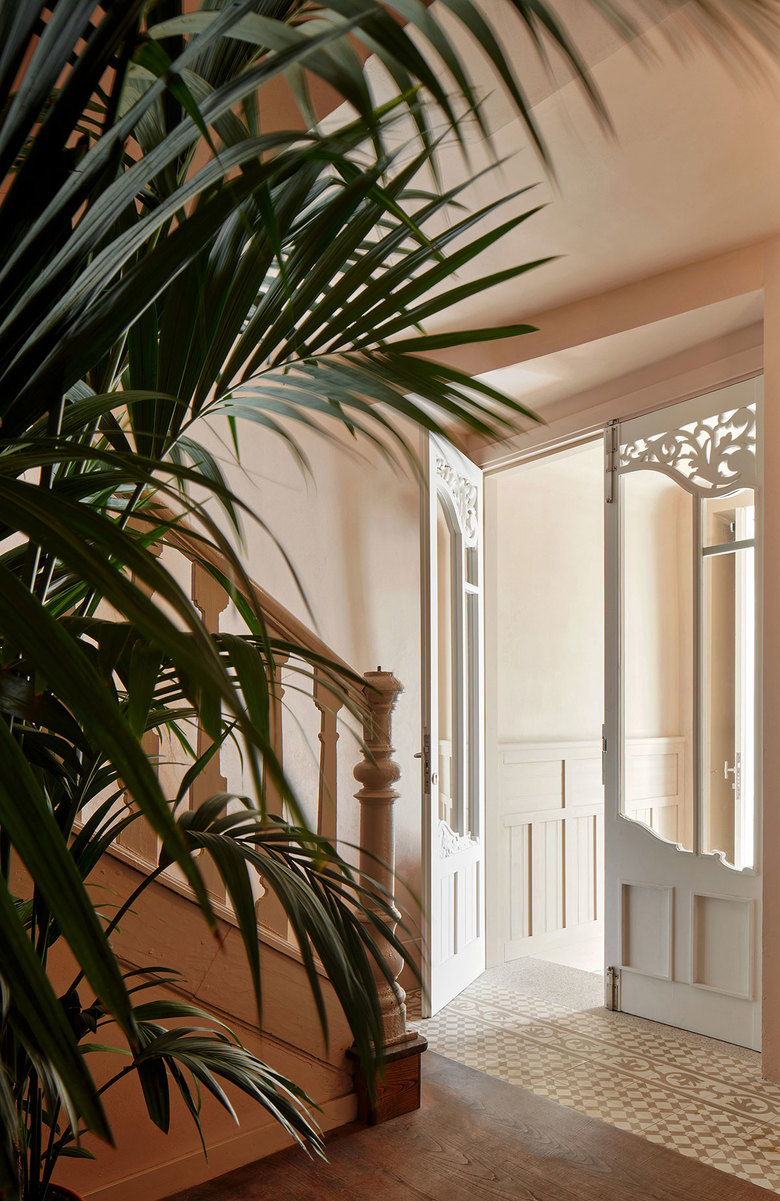 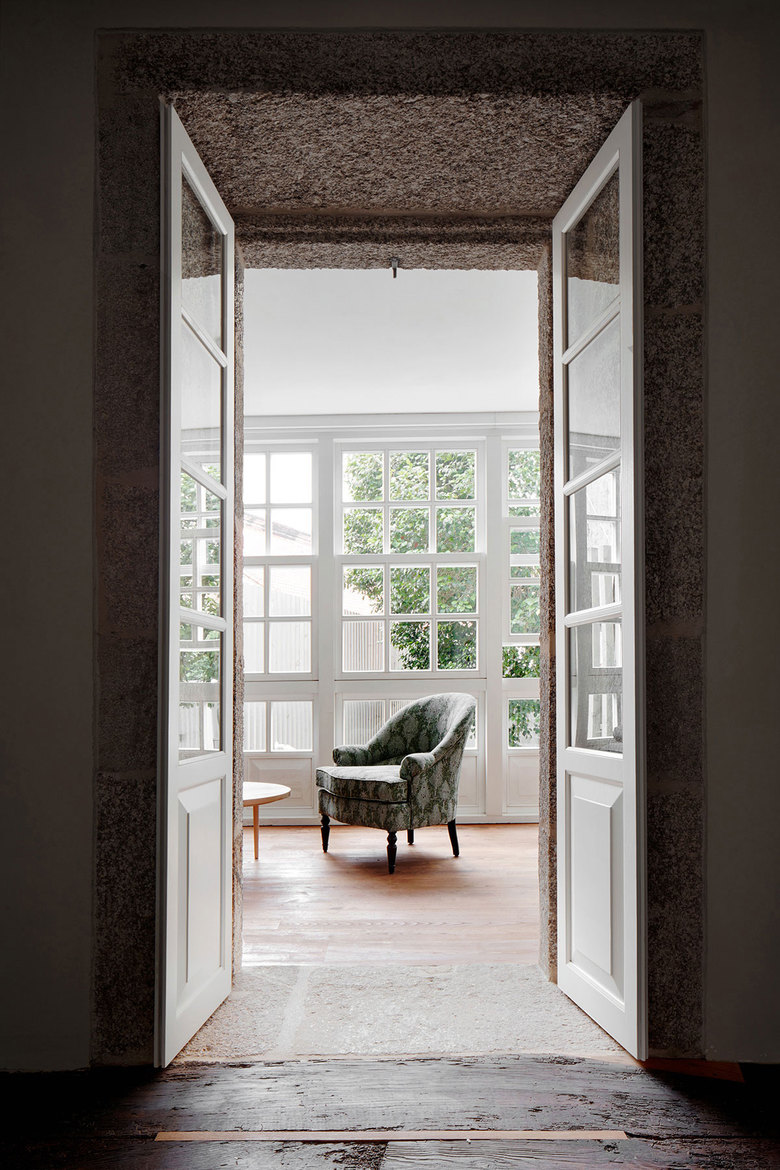 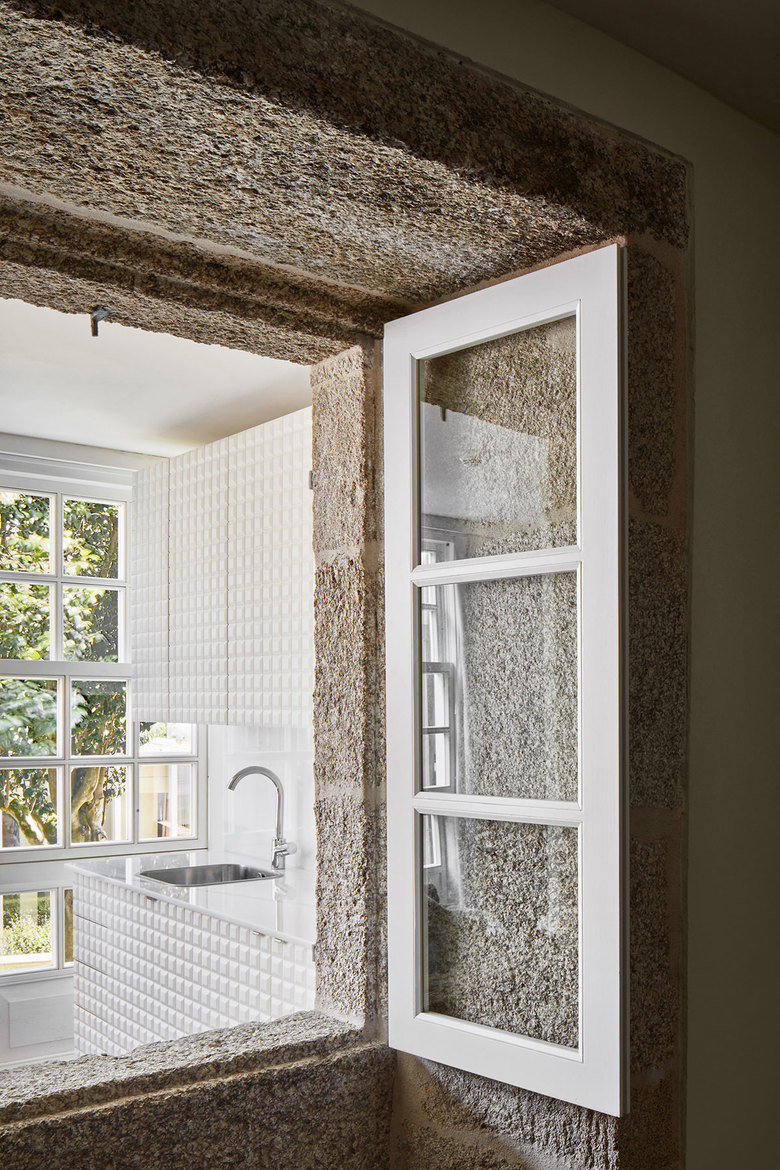 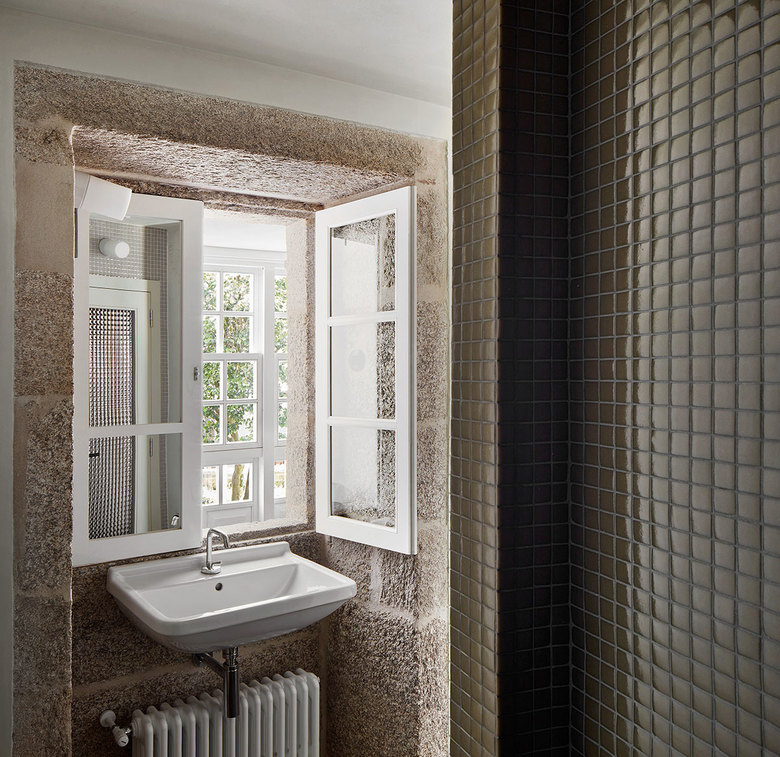 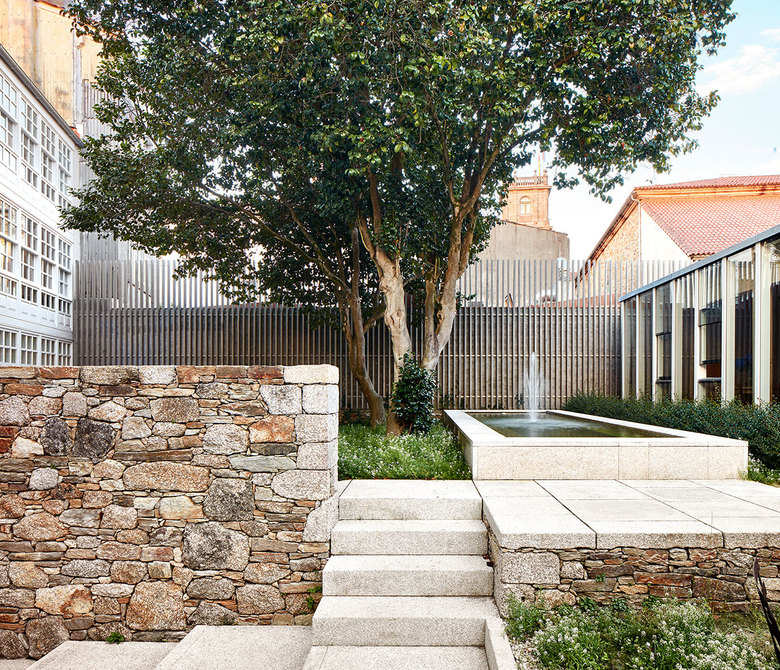 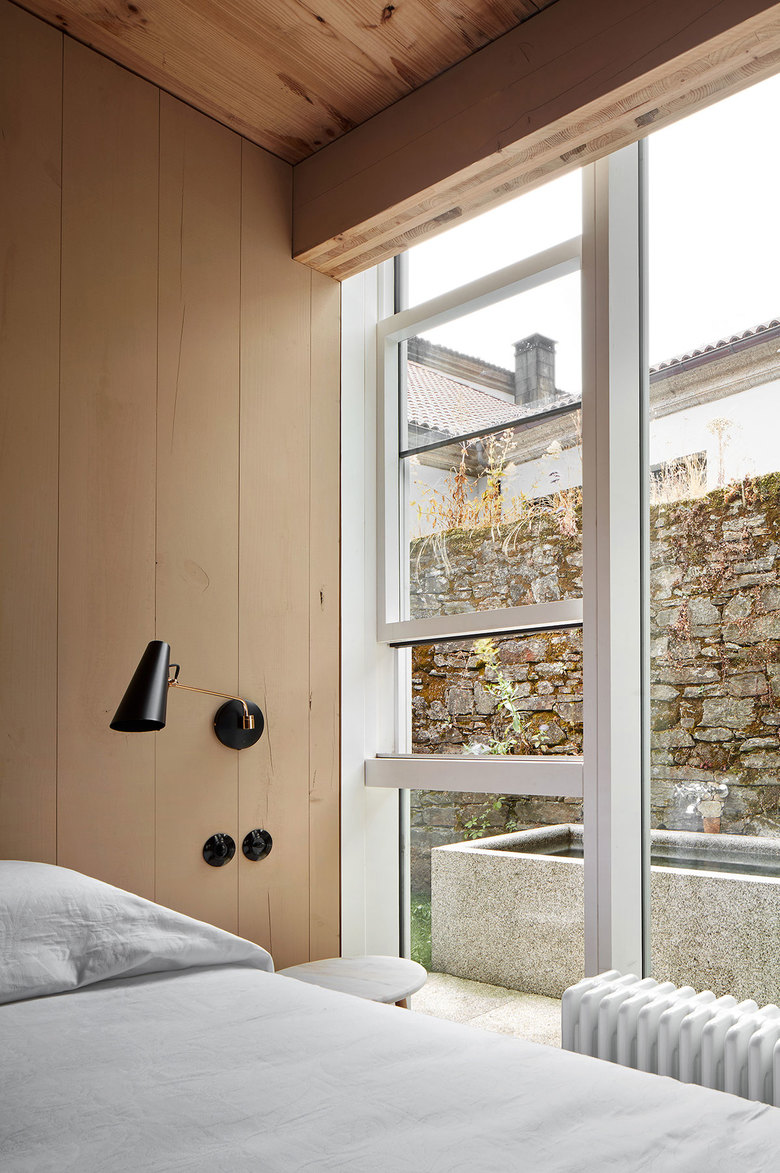 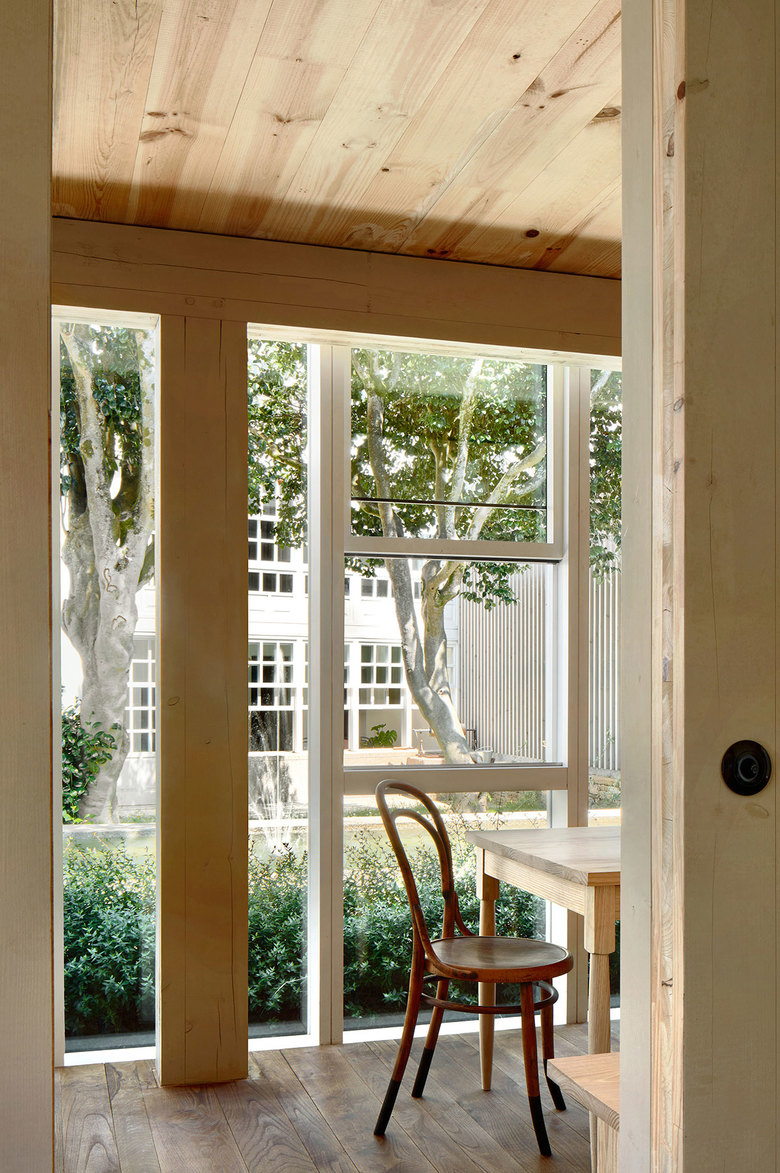 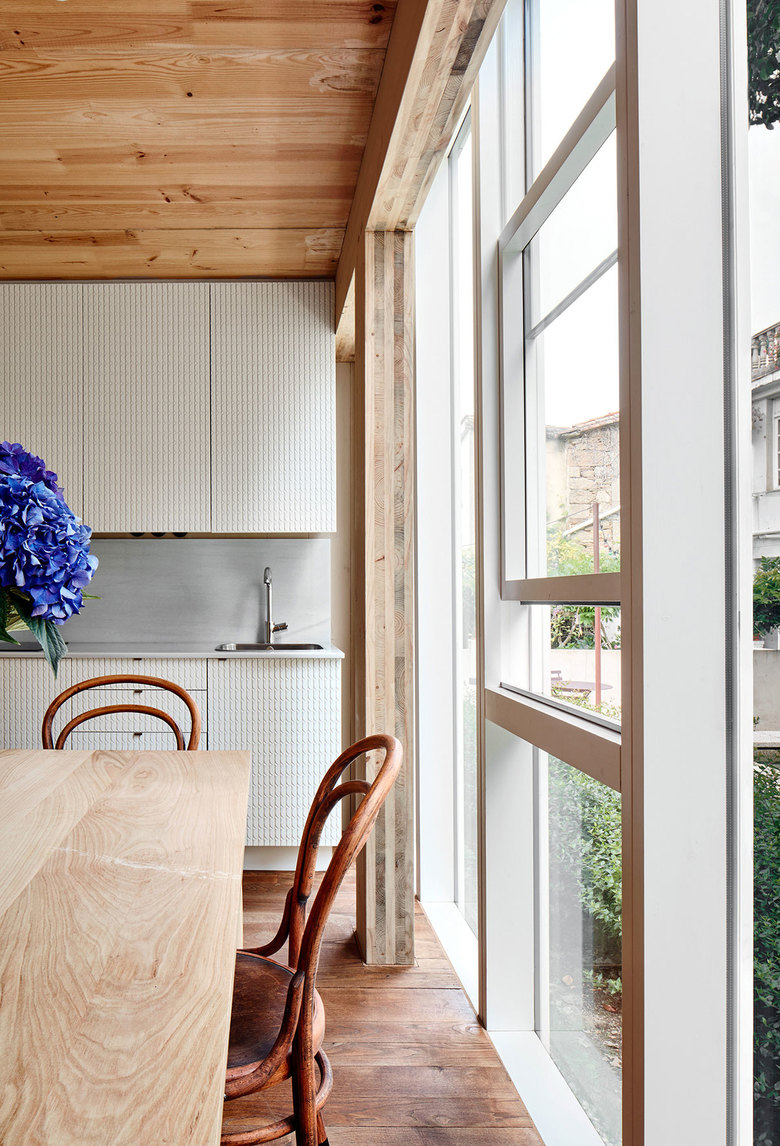 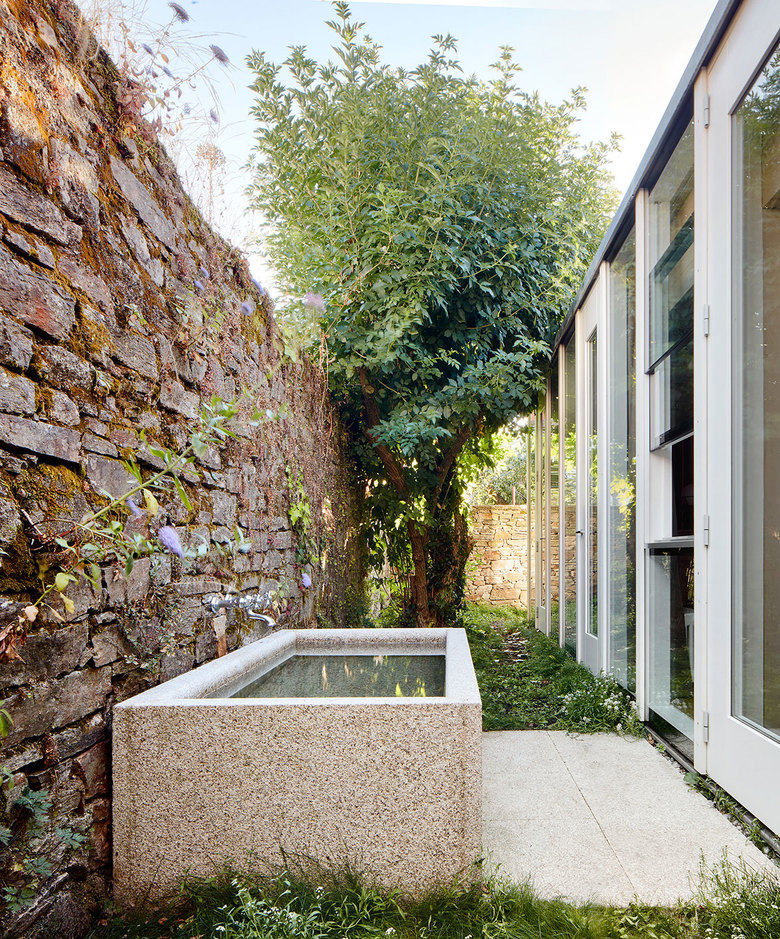 These six tourist apartments (apart-hotel) are the outcome of the careful renovation of a partially listed building dating from 1666 in a street that was formerly called Inferniño de Arriba near the Plaza del Obradoiro in Santiago de Compostela.

The intervention has been extremely respectful towards the listed features of the building, as well as towards other features that were not listed but which have been considered to be equal or greater in value. The listed stairs have been restored and new ones constructed using the same technique and the same language. The upper gallery which gives onto the street and the gallery on the rear facade have both been reconstructed with cedar-wood window frames with the same form as the originals.

Likewise, all the existing chestnut floors have been retained, which has meant preserving the load-bearing beams because of the impossibility of separating one system out from another. Some of these chestnut beams, very strained but otherwise in good condition, have been shored up in the middle to minimize their bending.

The extant ceilings and partitions have been replaced by new ones using pine slats and lime mortar, the same technique as the one employed in the past.
As occurs in much of the historic city center of Santiago, the house has a facade at the back which opens onto a garden with two enormous camellias. A carefully executed paved area of granite redefines the point of contact of the rear gallery on the ground floor (now converted into a common room for guests) with the garden.

At the rear, a newly built pavilion houses a special apartment with its own private garden and outdoor granite tub alongside an old stone wall. It is a cross-laminated timber structure of Galician pine that was assembled in a day. Its glass facade incorporates custom-made frameless double-hung windows between white wooden uprights.

Under the camellia trees and between the old house and the new pavilion, a large granite basin —with water that is heated by evacuated tube solar collectors— completes the communal garden for the enjoyment of guests.

The energy production of the complex is via a biomass boiler in the basement of the house (first one of its kind in the historic center) with direct uploading from the street.