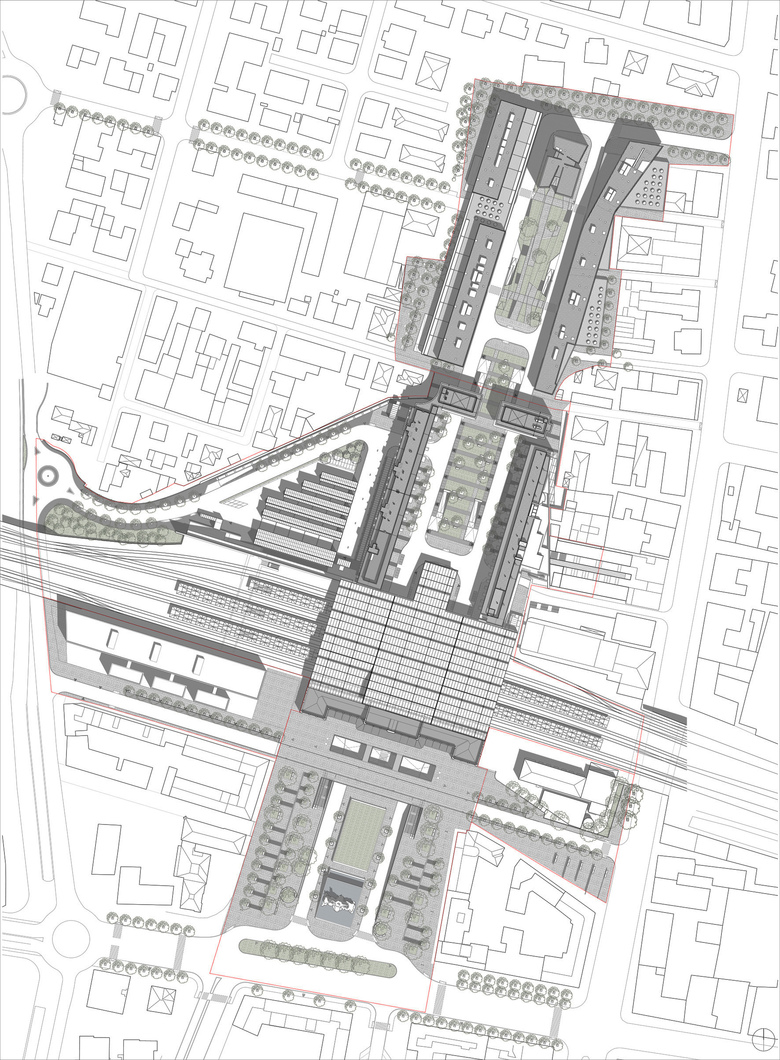 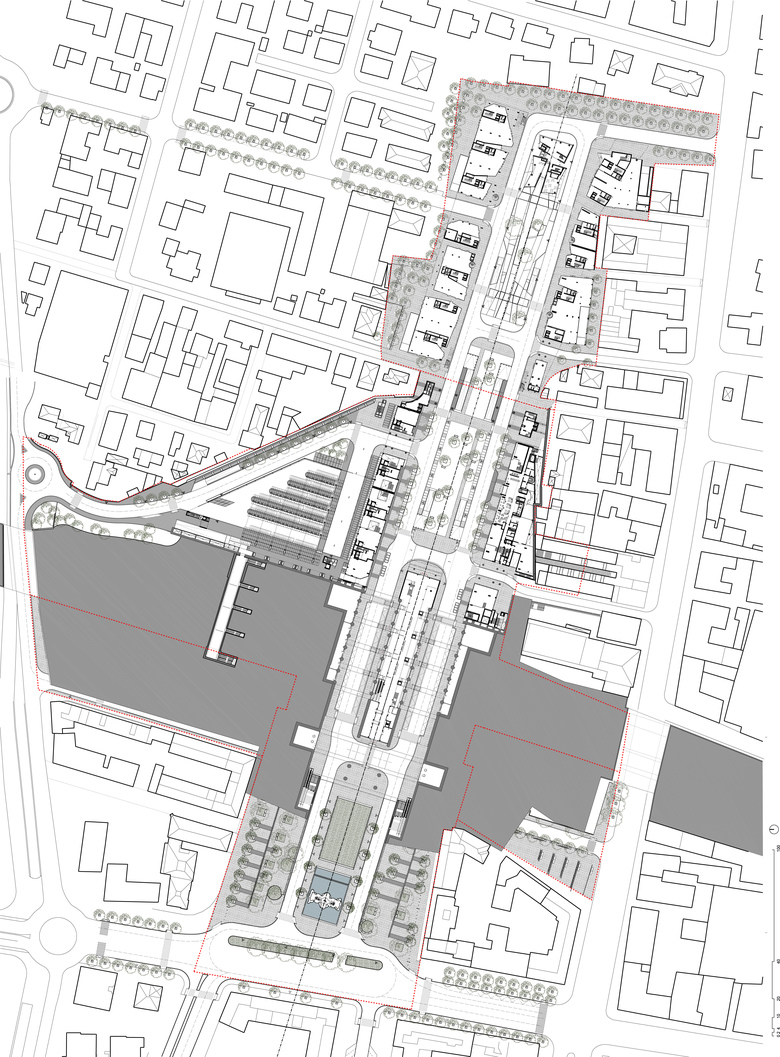 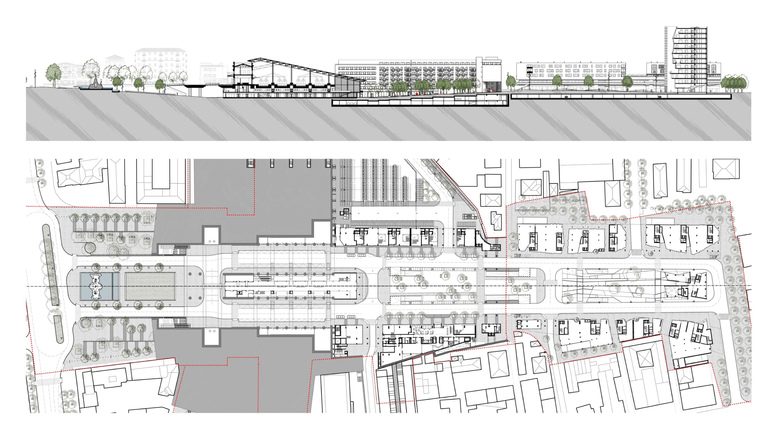 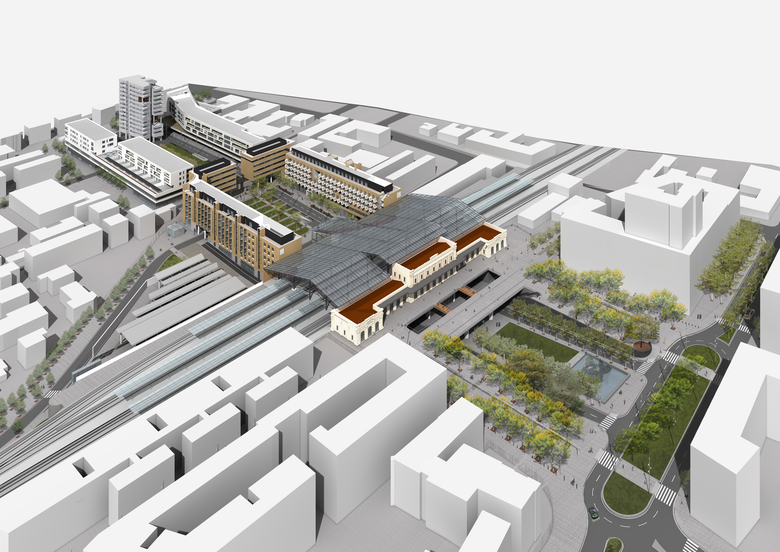 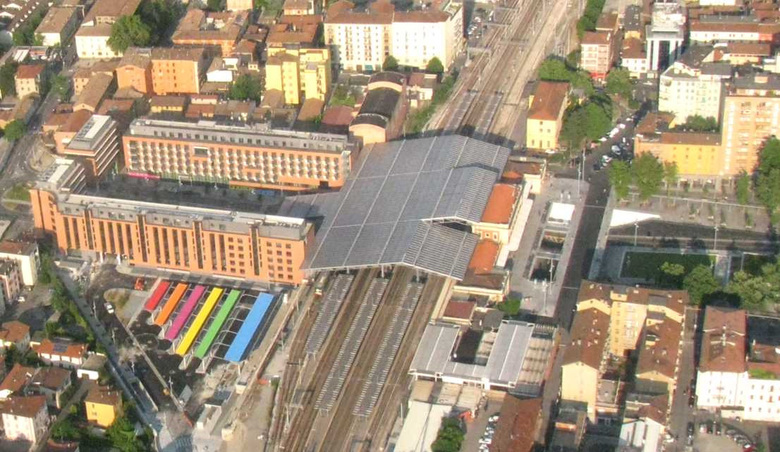 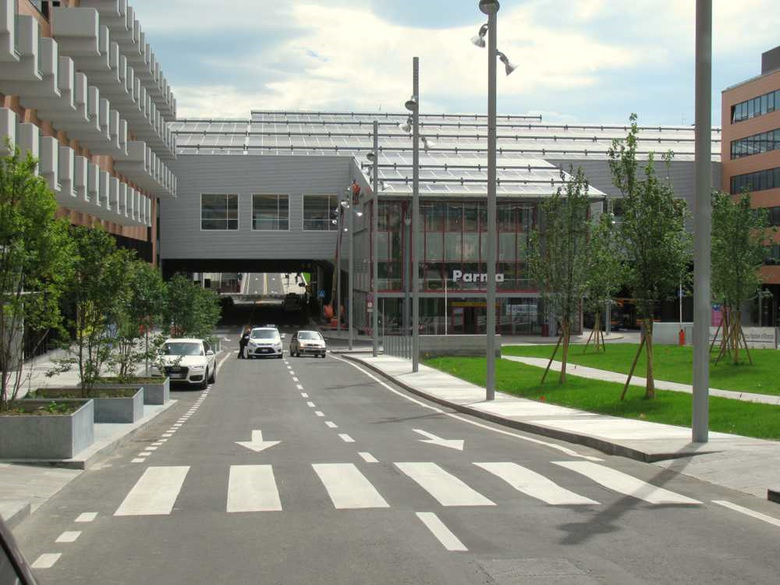 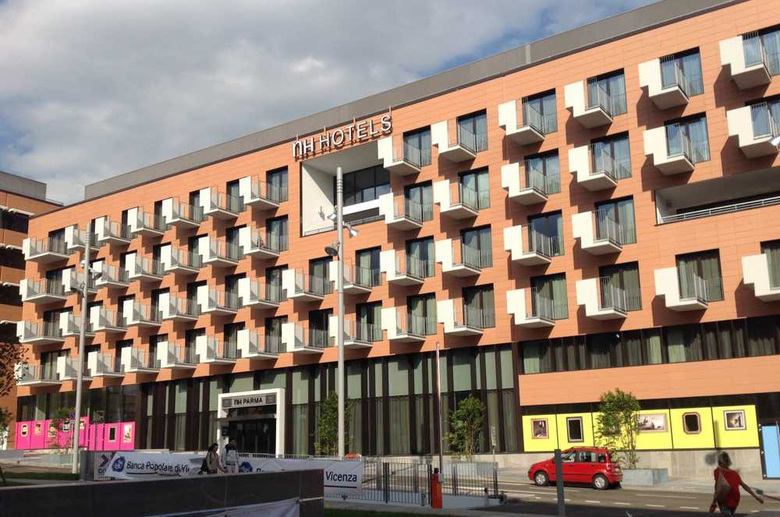 As in so many European cities, in Parma the railway is a major urban barrier, above all in the area near the station, which suffers from a lack of communication between two radically differentiated sectors: one to the south, well connected with the city centre and the areas of new growth by way of a discreetly monumental square, and the other to the north, a disordered, suburbialized neighbourhood full of derelict warehouses and obsolete factories, poorly connected with the central areas. A reappraisal of the railway facilities has provided the opportunity to remodel this area according to the following premises: 1) construction of a new station beneath the tracks that will also ensure ease and clarity of communication between the two sectors; 2) creation of an urban space to the north that will be the continuation of the square in the south (Piazzale Carlo della Chiesa), with an evident centrality, defined by a coherent architecture; 3) construction of a large underground car park and a bus station. 4) laying out of a street system that effectively relates this sector to the city’s general traffic network. The compositional plan is based on imposing a 7% gradient on Piazzale Carlo della Chiesa in order to slope it down to 8.50 m beneath the railway tracks: not only the landscaped central space but also the two lateral roads that give access to the station and link through to the N sector where the continuity of the square is emphatically affirmed by a 270 x 55 m urban space that will generate the transformation of the neighbourhood as a whole. This operation is complemented by an underground car park and a bus station.