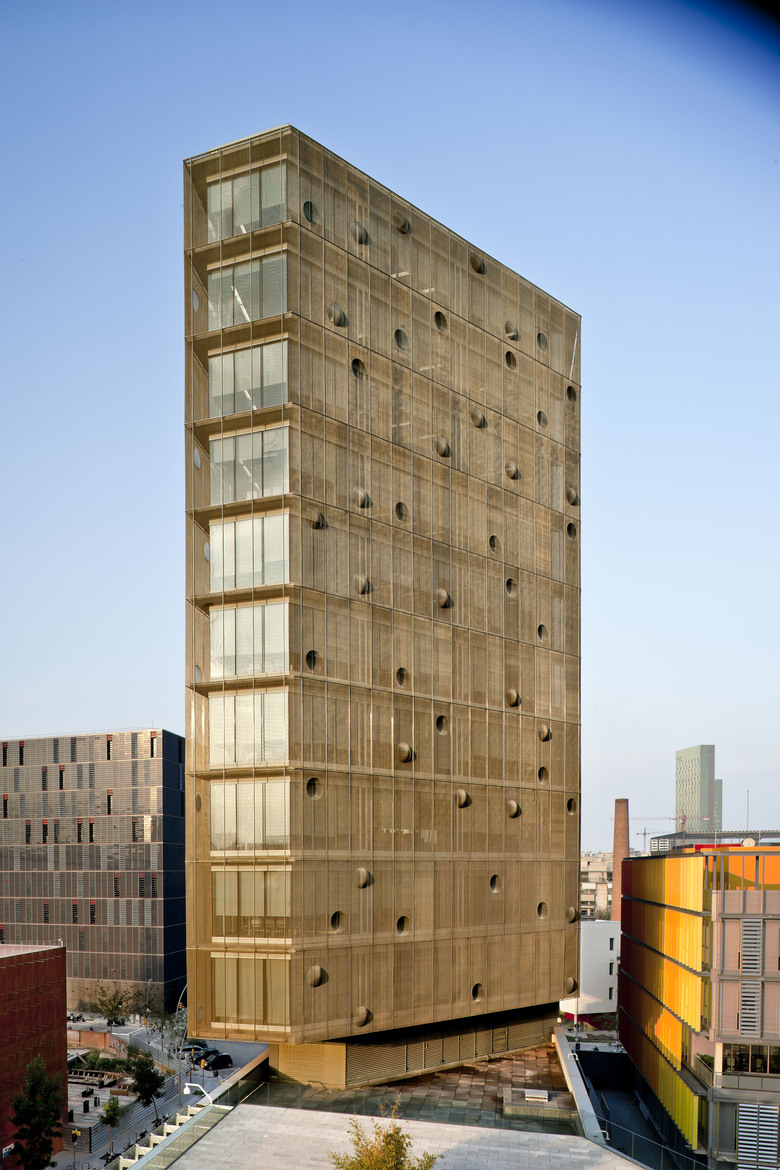 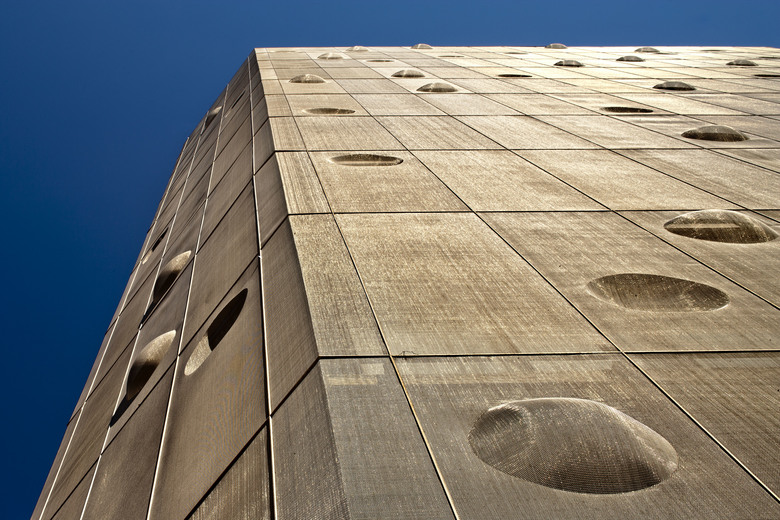 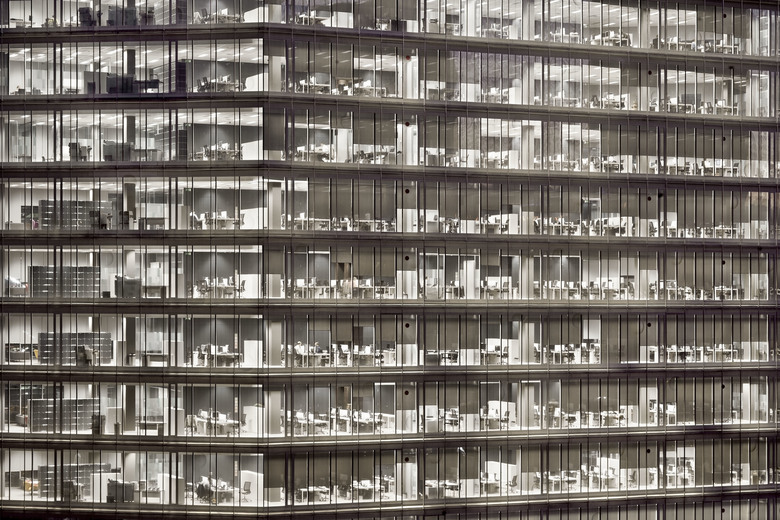 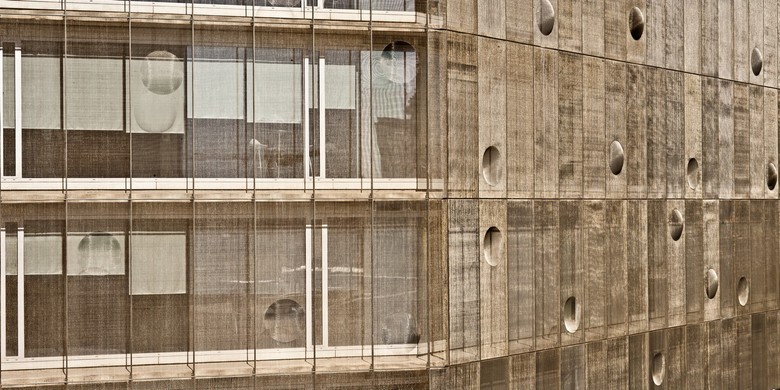 The proposed form is a tall prism above a low horizontal base, whose compact three-story form aligns with Tanger Street. The tower that rises above, rhombic in plan, loosely follows the chamfered shape of the parcel, in order to reinforce its slender appearance and fi ll the site volume. The ten-story tower is separated from the base by a mechanical level, set back from the façade plane, which enhances the floating effect, and gives an impression of lightness.

As an offices building for the technology company Indra, the floor plans are open, which gives flexibility to future changes in the interior layout. The outer skin of the façade is constructed of stainless steel mesh that provides perimeter solar protection (with a shading coefficient of 50%) for the interior and, at the same time, gives an impression of lightness and transparency to the building exterior. One quarter of the panels are stamped with the form of a 90cm diameter sphere, which evokes the logo of the company; this shape is produced either as an indented form or a protruding form.