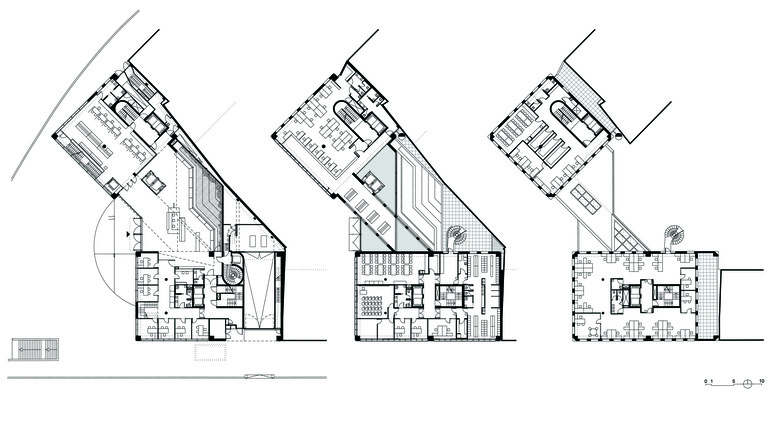 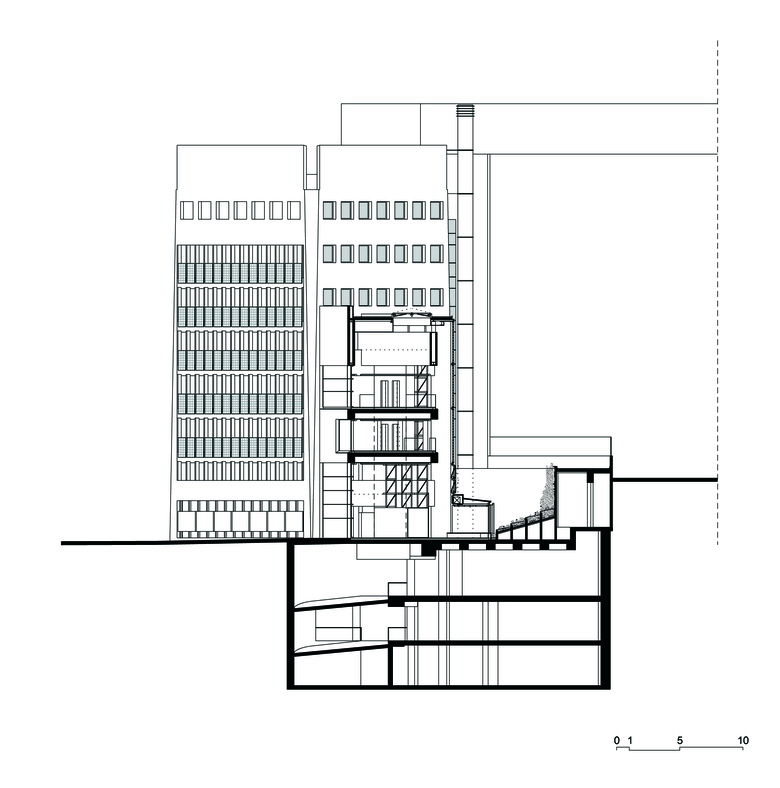 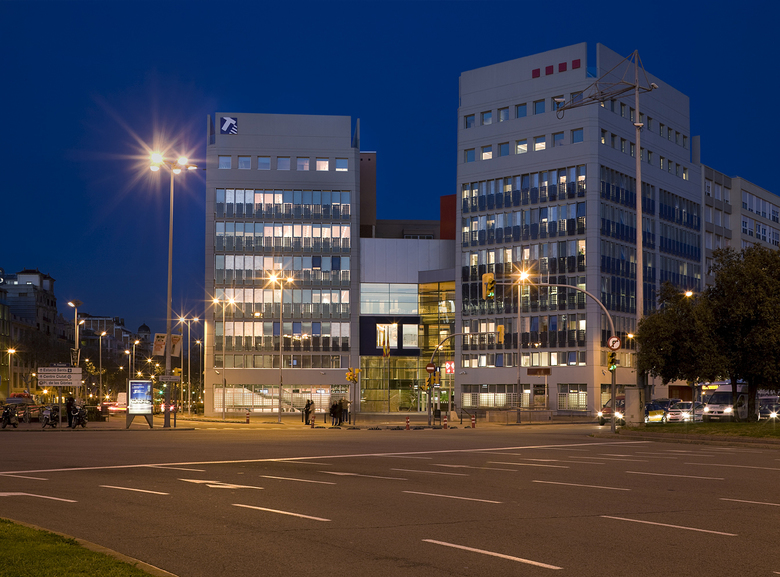 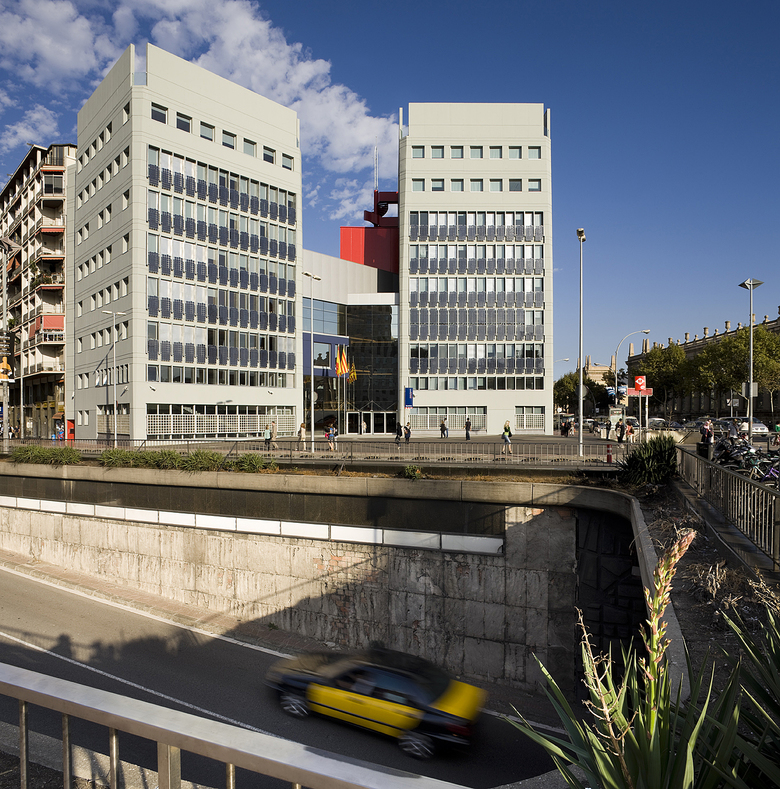 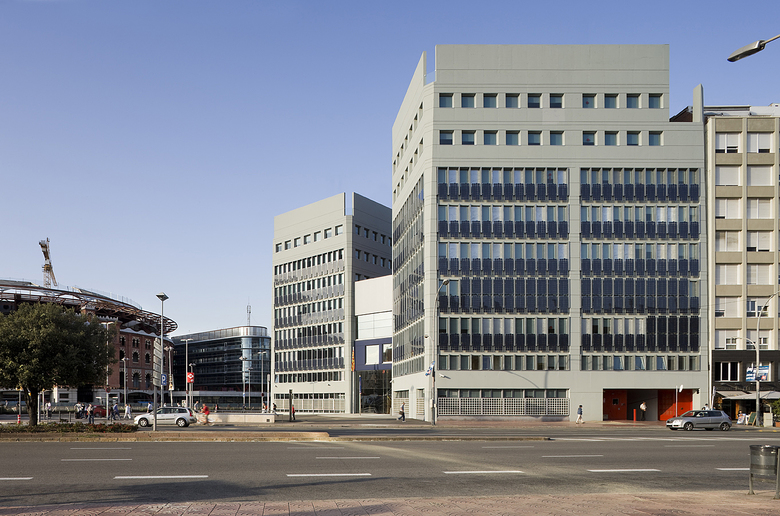 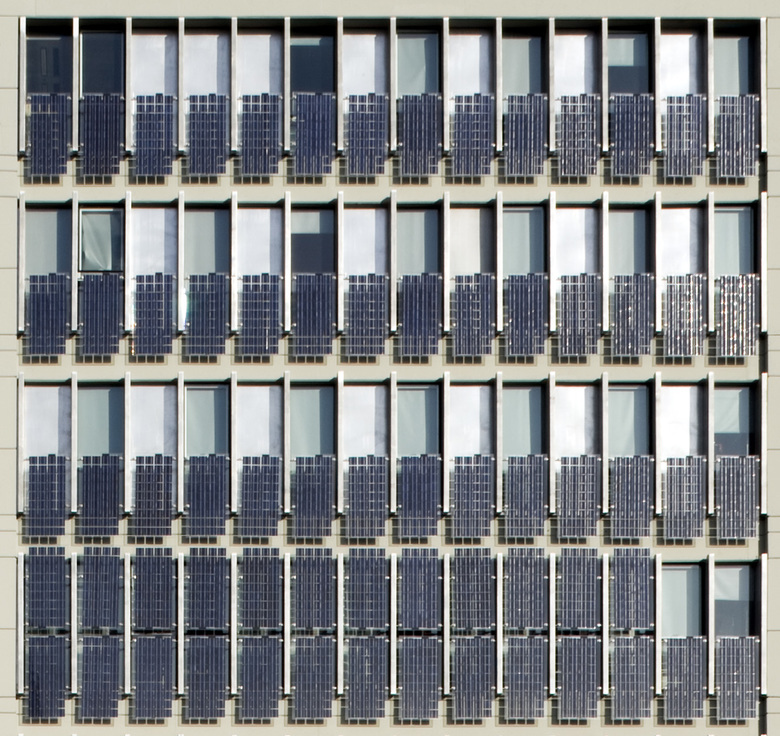 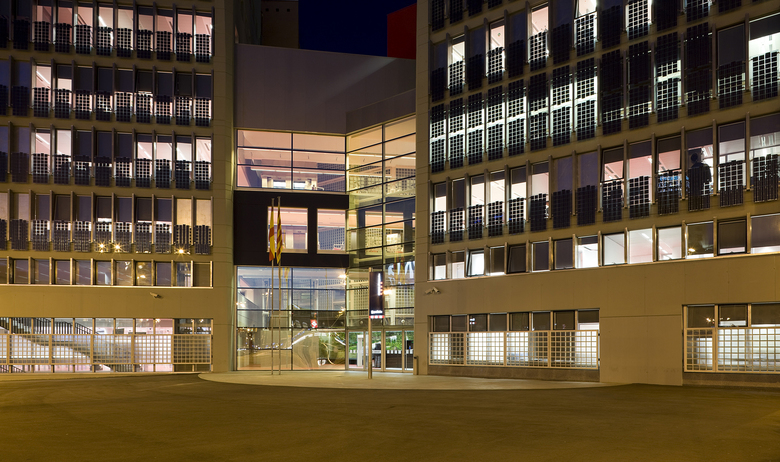 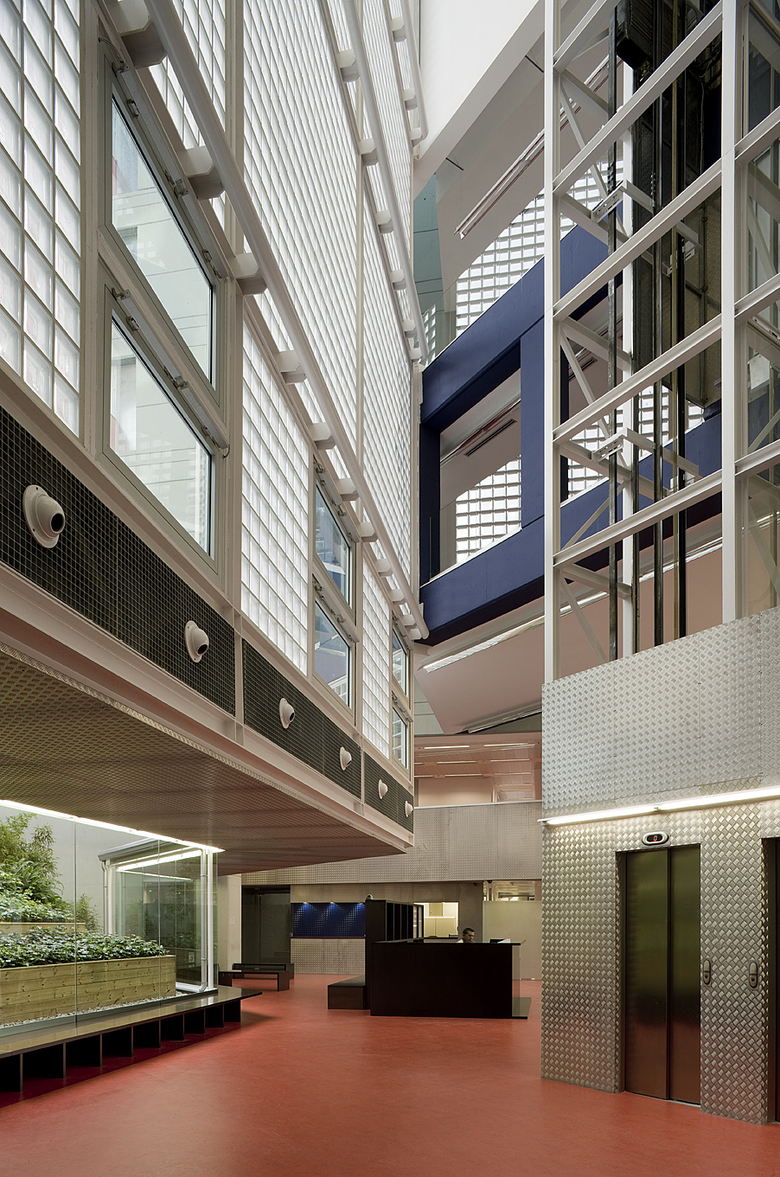 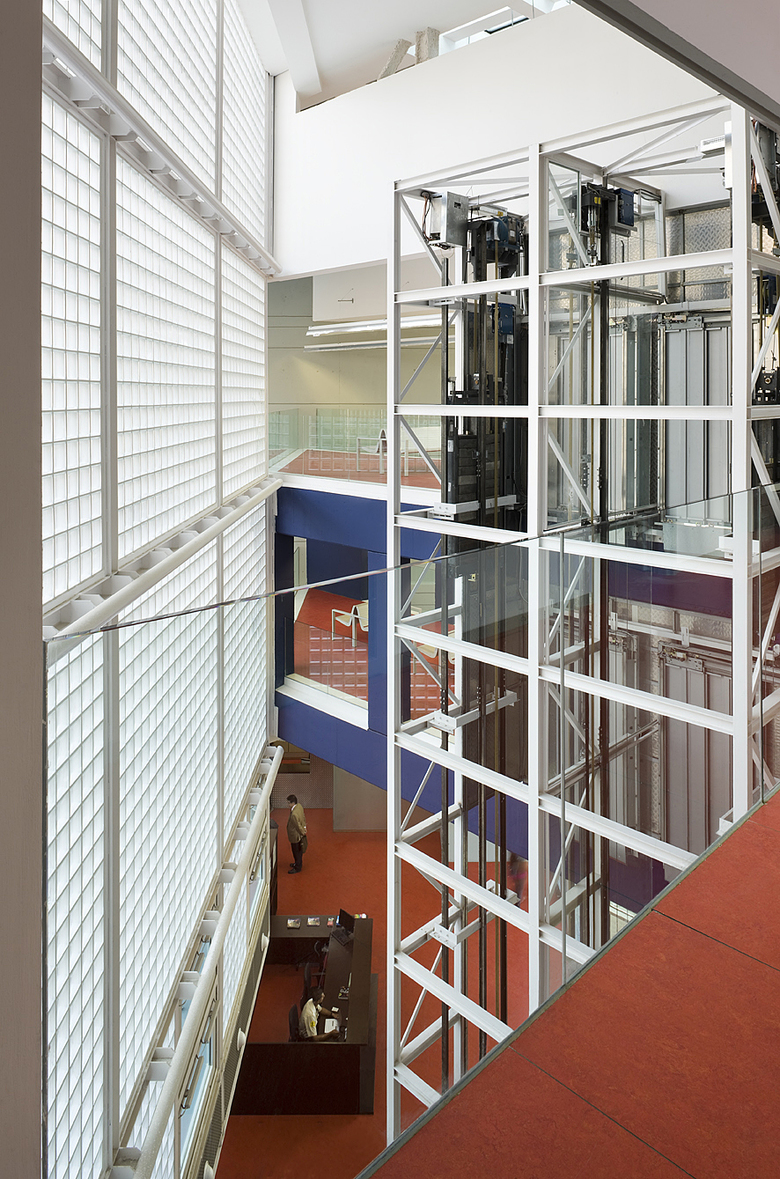 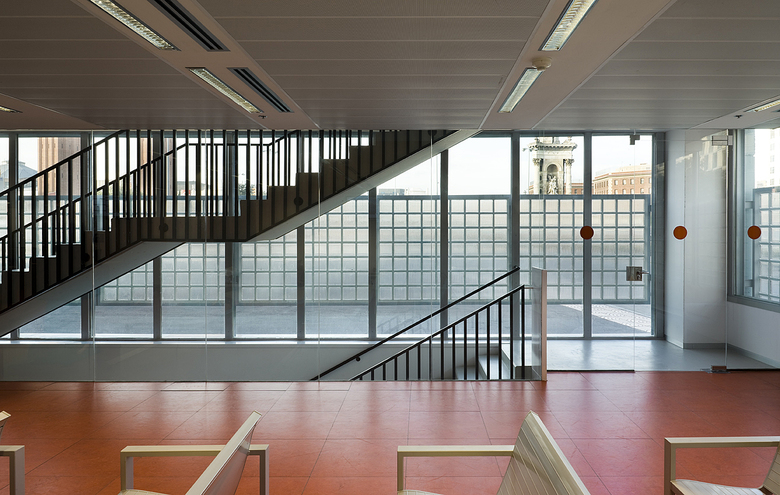 The site of the Police Station lay wedged between the converging of two of Barcelona's main avenues and faced the circular square “Plaça d'Espanya”. The urban solution had to solve the problem of different height regulations between the two avenues and at the same time address the monumentality of the circular place. The decision to create a building with two wings was weighed by the fact the three separate police organizations were required to share a common entrance and vestibule for a waiting public. Given that it was to be a representative building of the law enforcement in a democratic society the vestibule had to have an air of friendly assistance to the public while observing all the required security arrangements. The four-storey glazed atrium with a garden court beyond is set between the two wings. The façades are composed with a continuous module of galvanized steel fins enclosing the glazing screened with photovoltaic balconies on the south and west sides to use the solar energy as a clean sustainable energy integrated into the building. There is a vague classical reference to base, column, and cornise, typical of the buildings in Cerda's grid center, with glass-brick screens at the base and plain concrete walls pierced with windows at the top.