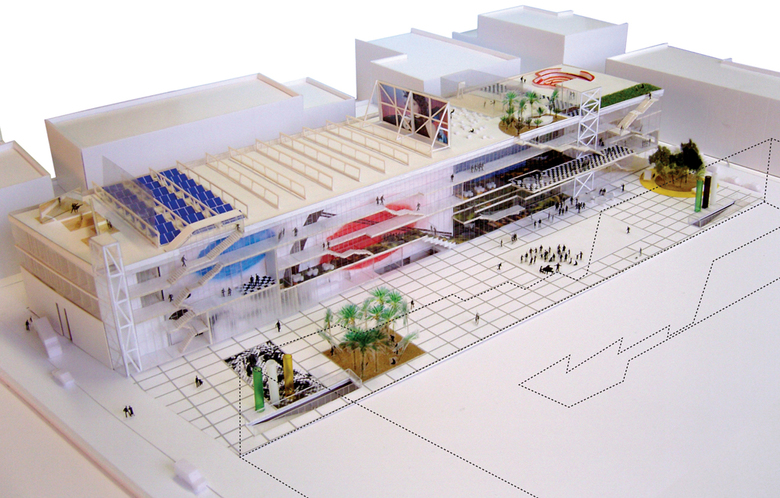 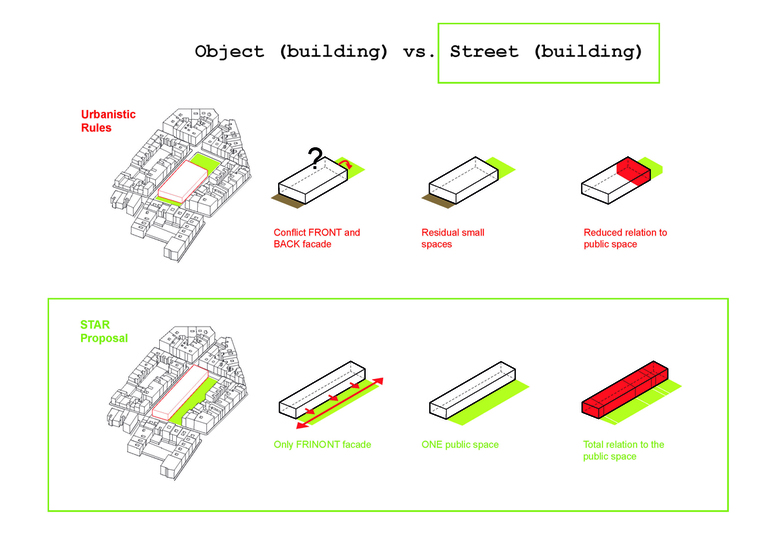 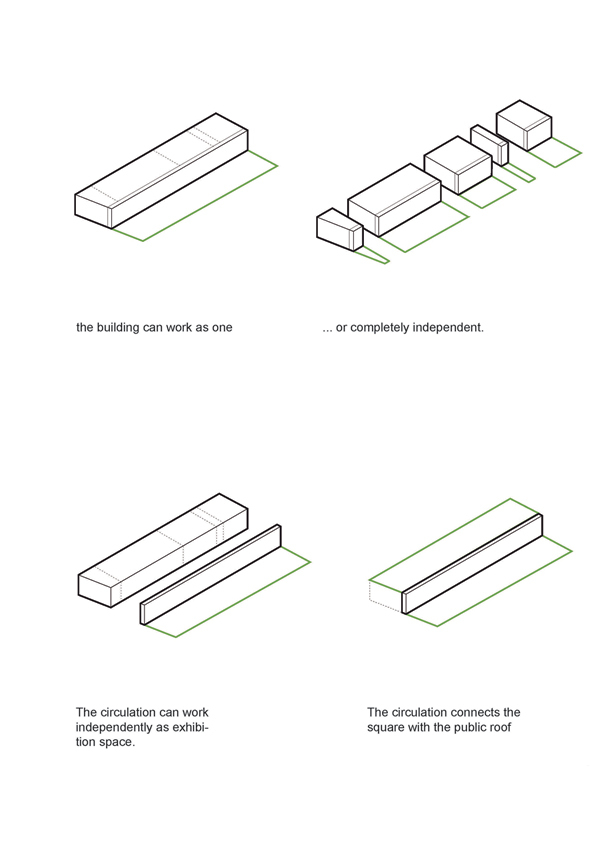 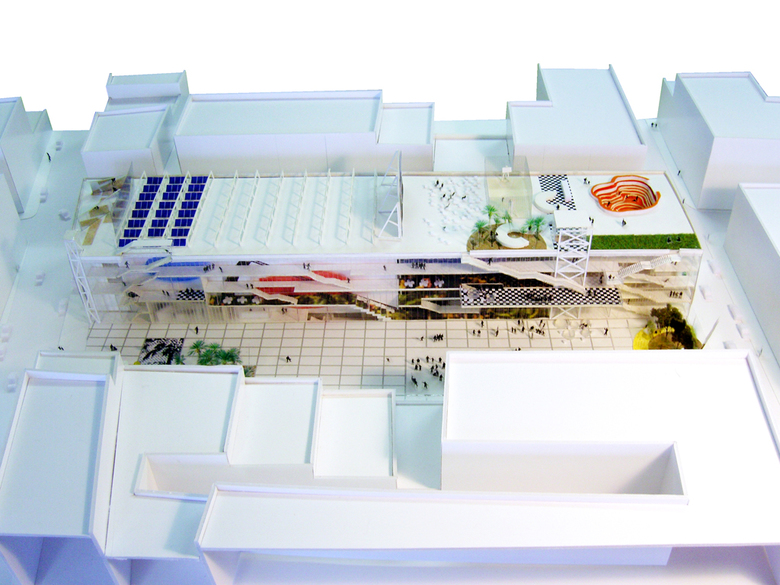 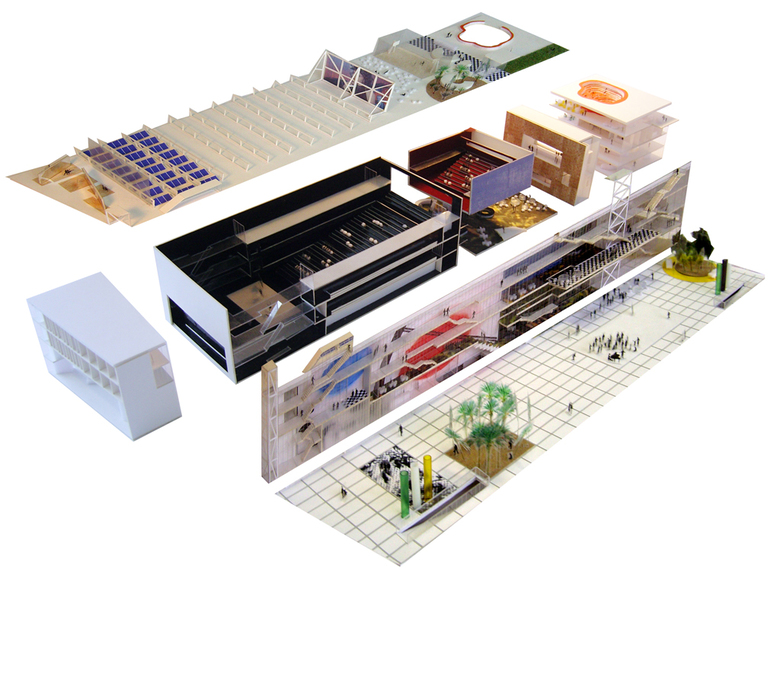 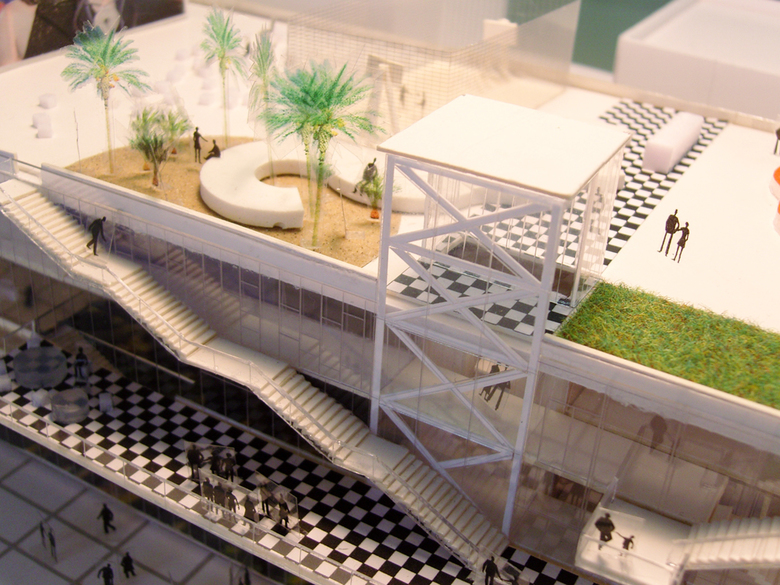 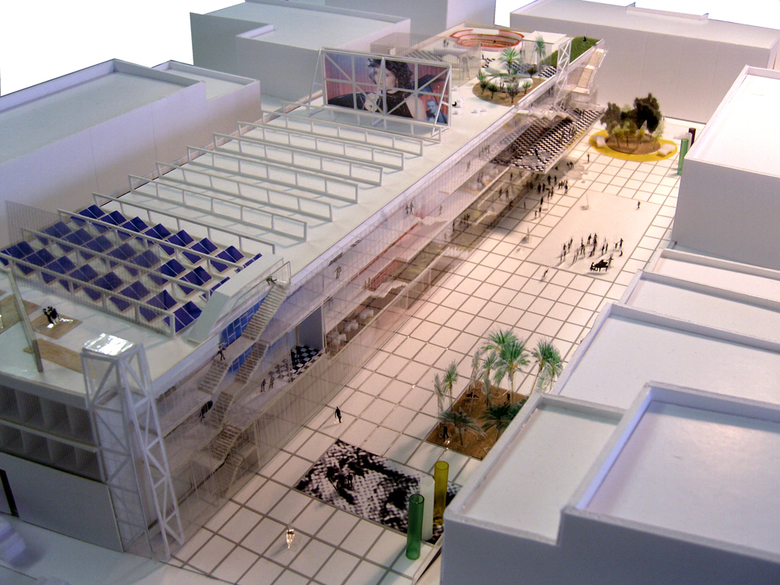 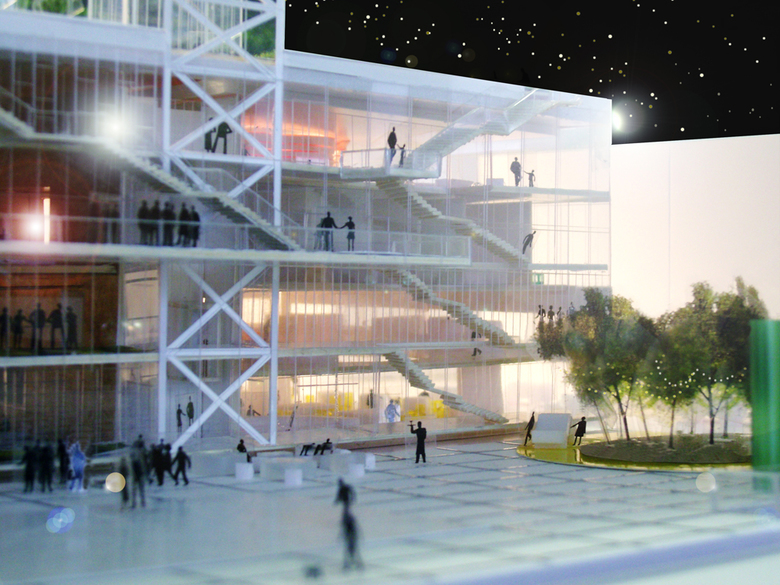 The city of Elche is carrying out its biggest and most relevant projects during one of the worst economic crises: the Mirador del Palmeral (Palm Grove Viewpoint), the regeneration of the riverbanks, etc. This could result in the design of more intelligent projects with stronger development strategies. Now the municipality proposes the construction of a new auditorium as an emblematic building for the city.

If we applied the old way of understanding the word emblematic, we would get another Iconic Building. This is because, during the last period of economic prosperity, the Iconic Building confused the term Emblematic with Egocentric.

The Auditorium of Elche will be emblematic because of its combination of programs, for its capacity to generate urban life, and for its large public square. The strategic interventions are much more urban than iconic. They are the only valid answer to this new way of thinking. In this moment where private and individual interests are taking over, we want to bring the focus back on the generation of public spaces in cities.

Let’s use this chance to reinvent the relationship between the public building and the city: through the public space.

The program of the Auditorium of Elche is organized in a linear way, as in a street. This configuration frees half of the site, allowing the creation of a large public square running parallel to the building. Each program of the building has a direct relationship with the square, creating a STREET building, rather than an OBJECT building. This approach activates the program and the site, and it avoids the typical problem of front/back facade. The design is an appropriate response to contemporary requirements. This would have been impossible with the traditional OBJECT building.

The square and the building are in a harmonious union. The shape of the building is the result of obtaining the maximum potential from the collage of functions, and the most attractive relationship with the new square. The façade is not a static vertical plane, but something that changes with different activities. It establishes a direct urban dialogue with the square. This is an urban rather than architectonic intervention.

The width of the building (27 m.) is based on the width of its largest program piece: the main room with capacity of more than 1500 seats (24 ms) along with the volume of circulations (3 ms). The rest of the program volumes are placed in line and at different height with the main room. This generates the most flexible and versatile spaces, as extra rooms can be annexed to the main room, therefore inspiring new events and performances.

The circulation volume is placed against the façade. It becomes the representative image of the building, always dynamic, as a continuation of the street. We programmed exhibition spaces in the circulation route so even when the building is closed, the exhibition will be visible in the square.

House of Arts and Culture