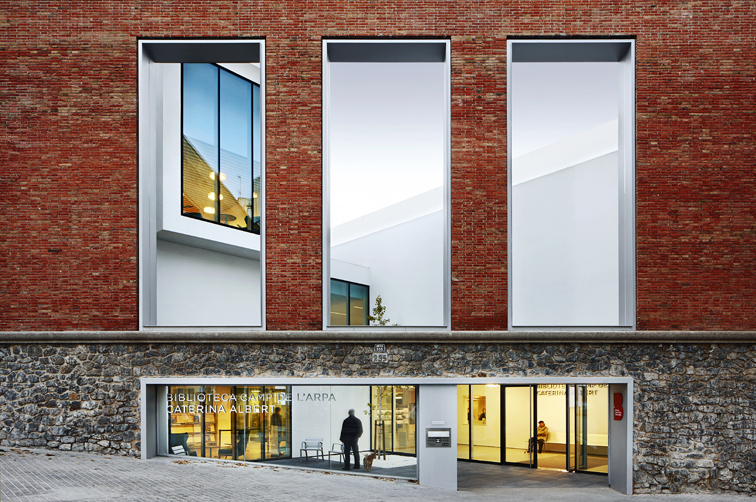 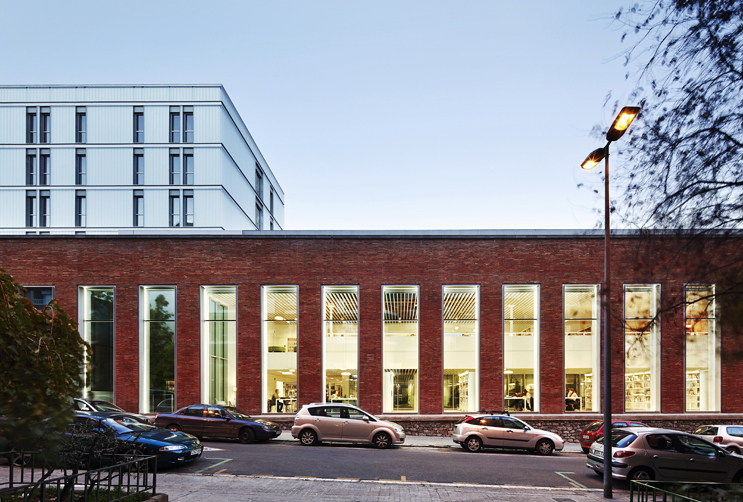 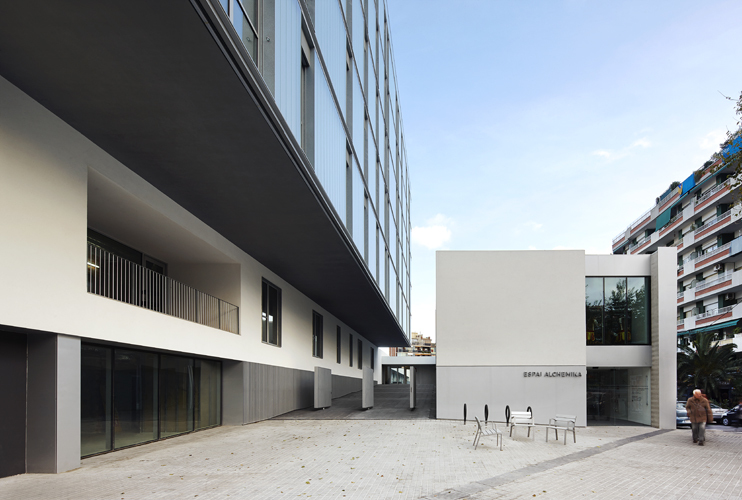 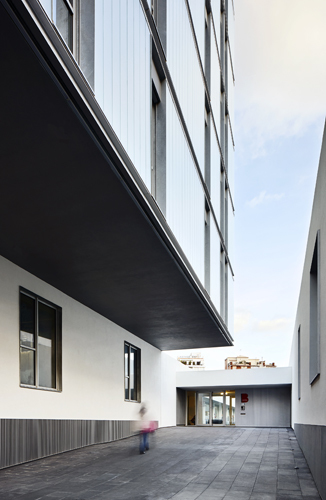 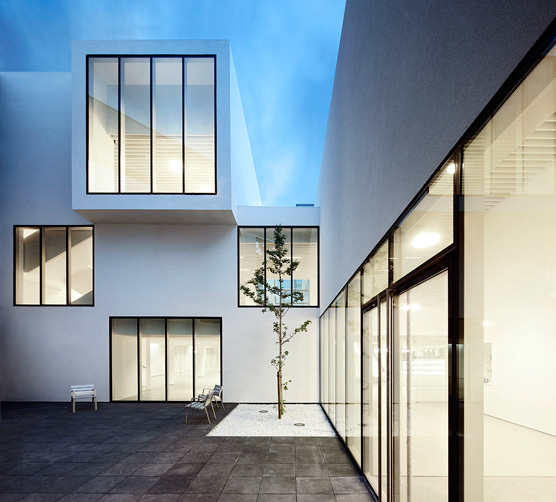 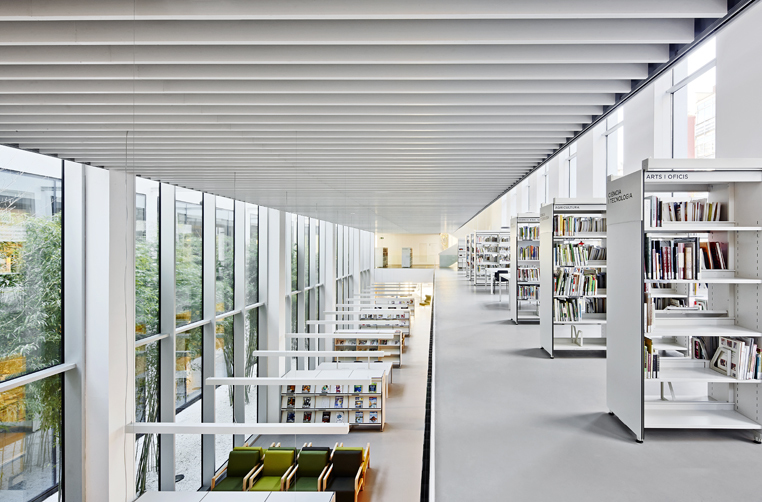 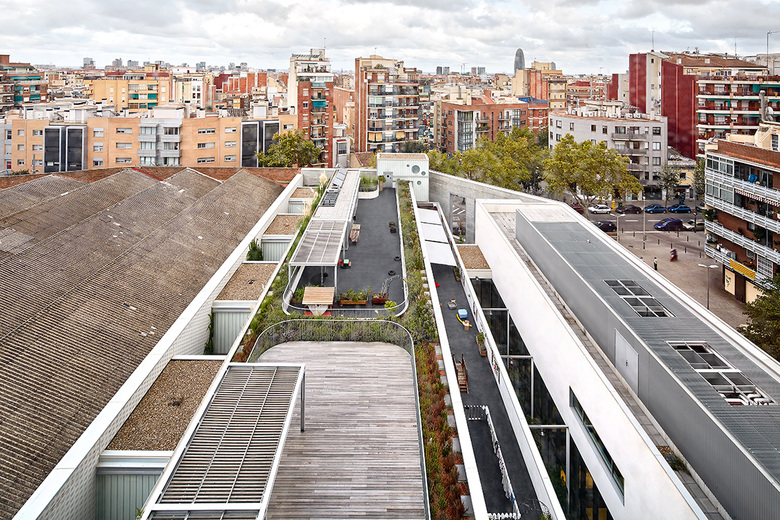 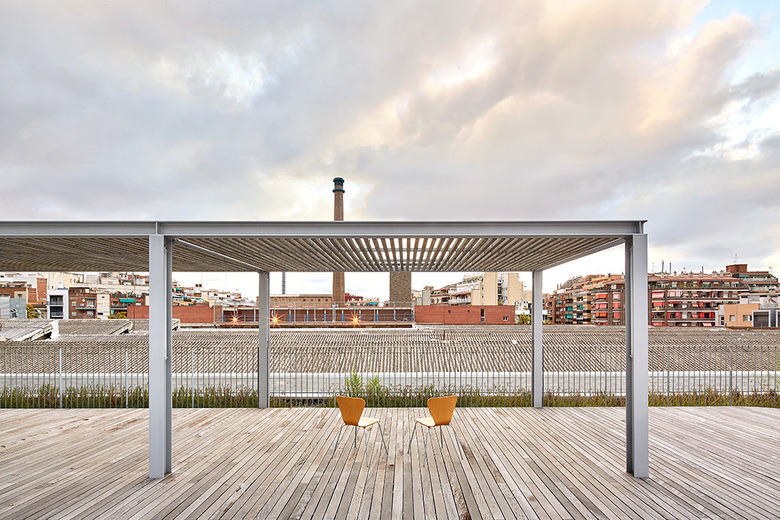 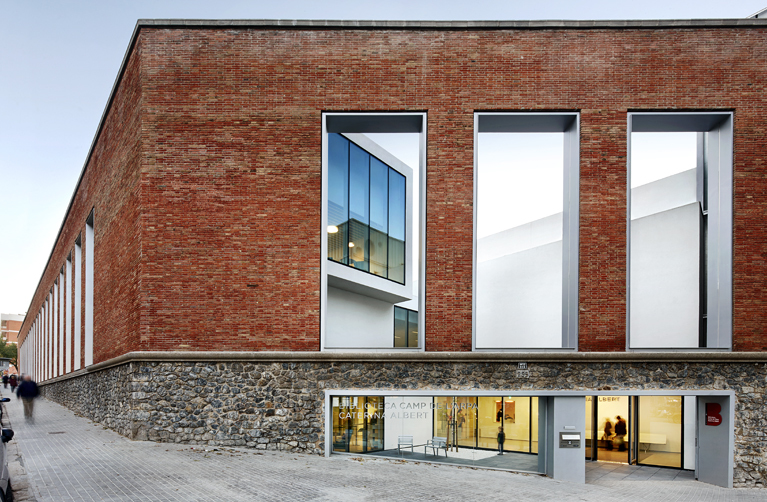 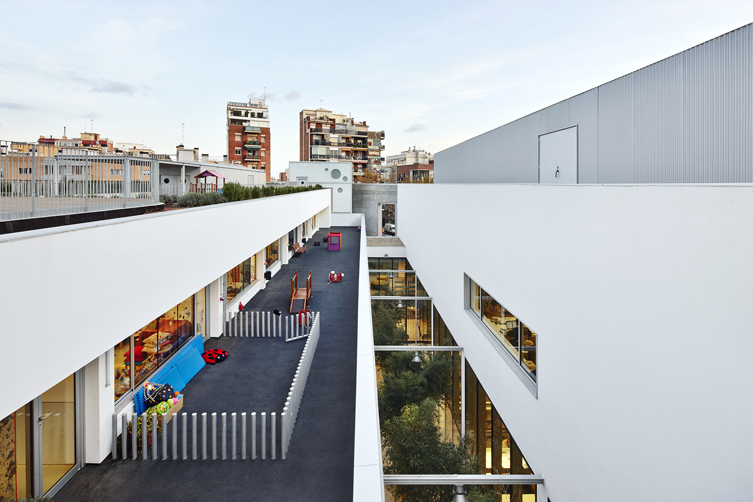 The Alchemika Factory, located in the district of Camp de l'Arpa Barcelona, formed part of the former Costa Font industrial complex. The whole of which occupied two full blocks, is the work of the catalan architect Francesc Mitjans and was built between 1948 and 1950. In the late 50s redistribution inside the warehouse spaces was carried out, which was subsequently occupied by several smaller-scale industries, including the Alchemika plastics factory. In the mid 80s the factory closed its doors marking the beginning of its deterioration that ultimately led to a strong local movement culminating in the demand for its transformation into a facility for the neighborhood. In 1992 a Special Plan was approved that definitively designated the terrain for newly created community facilities and established the requirement of preserving its original facade.

In 2006 , the Barcelona City Council acquired the Alchemika Factory. The functions of the new multi-use building were agreed upon by the neighborhood associations. The result is a program of social and diverse character: library, nursery school, community center and residence for the elderly with a day center.

The difference of more than one floor between the two street corners, together with the slope of Guinardó Street meant that much of the program should be developed underground. The project optimizes this gap to create separate entrance points to the different facilities. The nursery school is set up at such a height that allows access via a ramp from the upper street corner while at the same time positioning below two additional levels for use as the library with access from the lower chamfered corner. The green roof of the school is shared for use as a playground for the school and as a sun terrace for the residence.

From the very beginning, the conservation requirements placed on the shell of the old building affected the process of fitting in a complicated program.The project sought to integrate the existing facade, of grand order, through the construction of interior spaces consistent with its scale and character. Faced with the need to find expansion mechanisms, the project is articulated through a scheme of solid-void slots that run parallel to the facade and generate a system of inner patios and double-height interior spaces that allow the natural lighting and ventilation of the program.

The robust stone plinth hindered the goal to achieve the desired permeability. In the upper corner, whose facade did not belong to the original industrial complex, the decision was made to break the chamfer creating a small plaza and a ramped passage that concentrate the access flows to the nursery school, the community center and the residence. In the lower chamfered corner, by perforating the existing façade, a large door resolves both the visibility of and access to the library through an interstitial patio.

Despite being an intervention of eminent architectural character, there has been an attempt to transcend the boundaries of the site and the program, paying particular attention to the design and formalization of the points of access through the creation of a system of outdoor transitional spaces that seek permeability and continuity with the public space while fostering the emergence of new spaces for interaction and encounter.

Renovation of an apartment in Ciutat Vella

Renovation of an apartment in Ponsich St.

Enlargement and renovation of Montbau Library