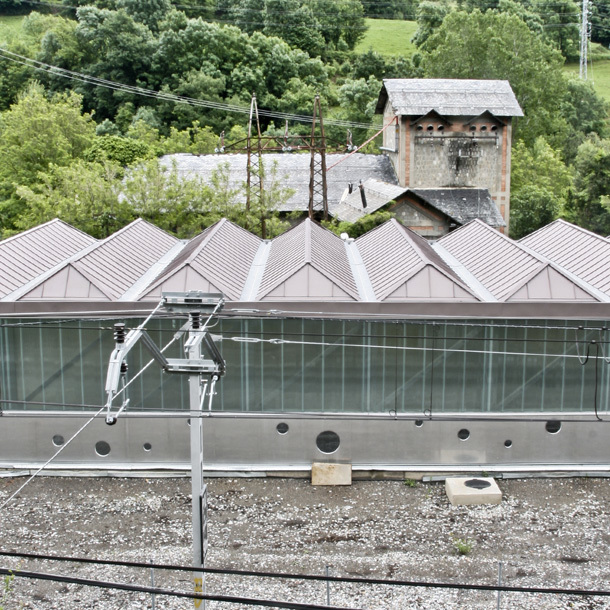 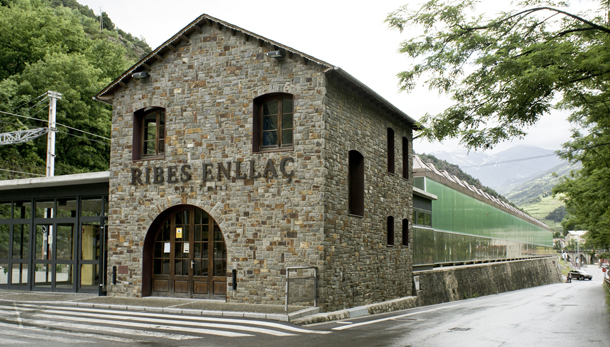 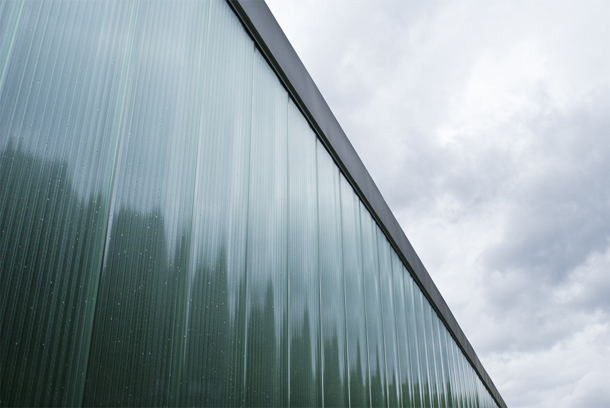 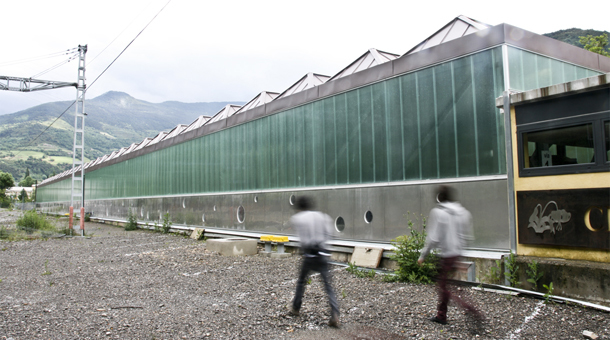 The project is located in the town of Ribes de Freser, in the eastern Pyrenees,

metres). It can be reached via cog railway or on foot.

the platform to protect trains after-hours from

vandalism and extremely cold temperatures in the winter.

four trains and small enough to limit the environmental impact.

pre-fabricated panels for the facade. The construction can therefore be carried

out with the least possible impact on trains’ regular schedule.

The north-south sawtooth roof is designed as a

Using reflective and translucent elements on the facade the aim is to, on the one hand,

reduce the building’s visual impact and, secondly, to let in natural light