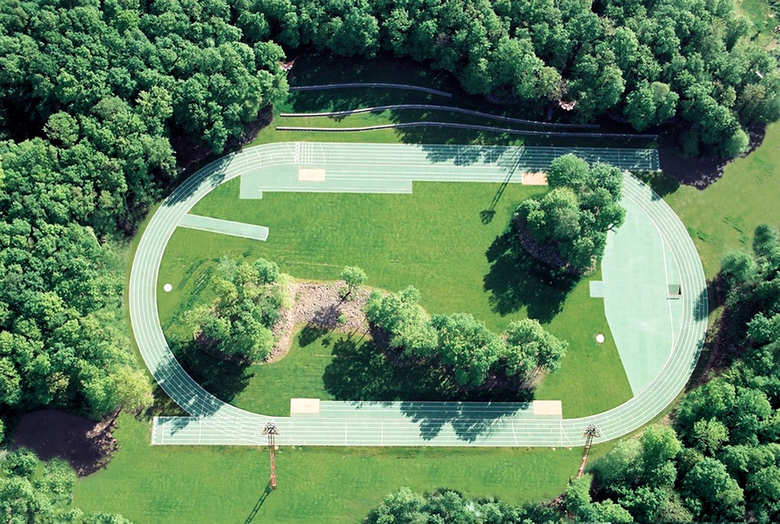 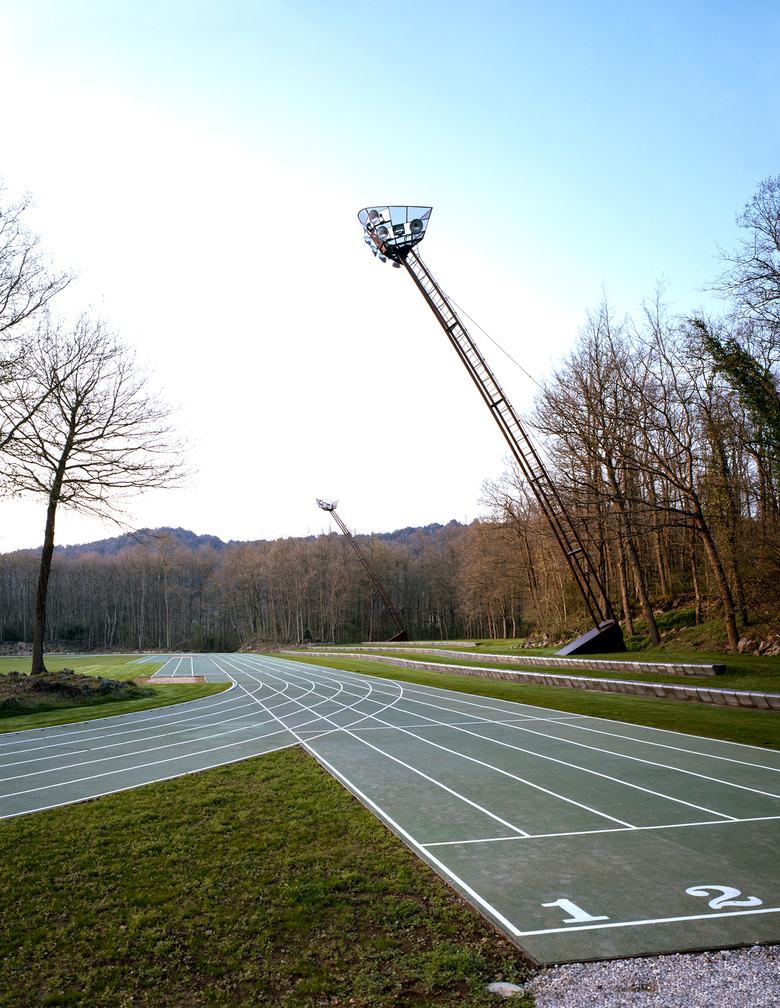 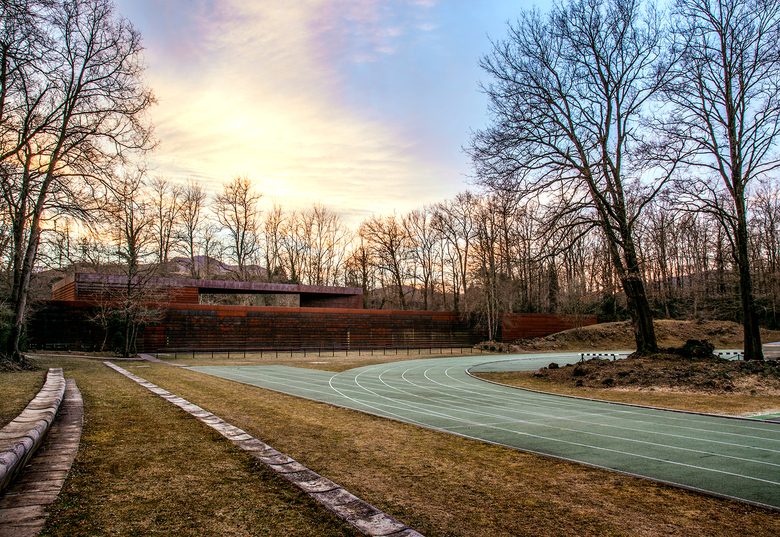 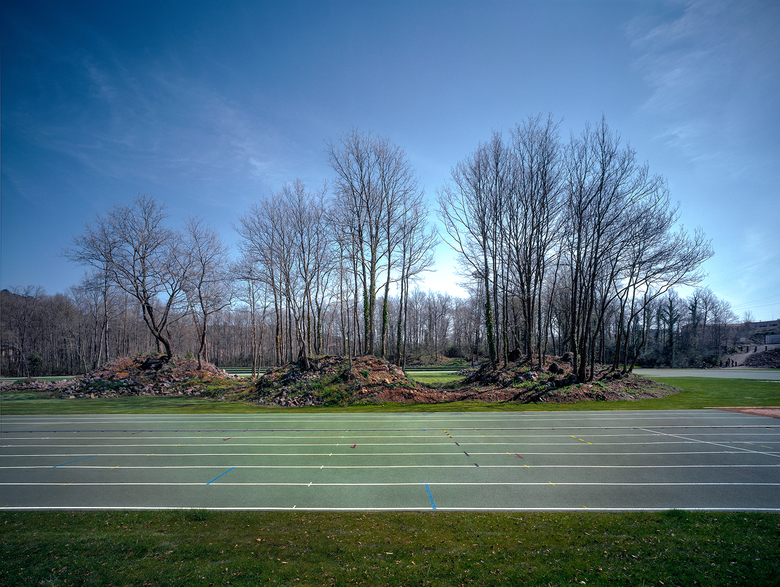 The area called Tossols-Basil, which is designated for leisure activities, is located at the edge of both a city and a natural park along a river. When contemplating adding sports facilities here, the architects faced a dilemma of either clearing large amounts of slow-growing oak trees or succumbing to environmentalists who wanted no change at all. The solution was to site the athletic track in a forest clearing, previously used for cultivation. Nature and sport are united and runners appear and disappear as they make their way around the track. The project highlights the beauty of the landscape and preserves the vegetation as a filter that changes with the seasons. The seating for observing the athletes is developed as small terraces or embankments between the clearings, often using the natural topography. The slender lighting towers become points of reference in the landscape.
After completing the track in 2001, other facilities have been added; a soccer field and an entrance pavilion with changing facilities, that RCR calls the 2x1 pavilion. This structure that acts as a gateway to the area has a thin roof supported by two volumes allowing multiple views through. Once again, RCR employs only one material – Cor-Ten steel – and the structure settles easily into its natural setting.